Map of the average flowering dates for 16 Japanese cities. 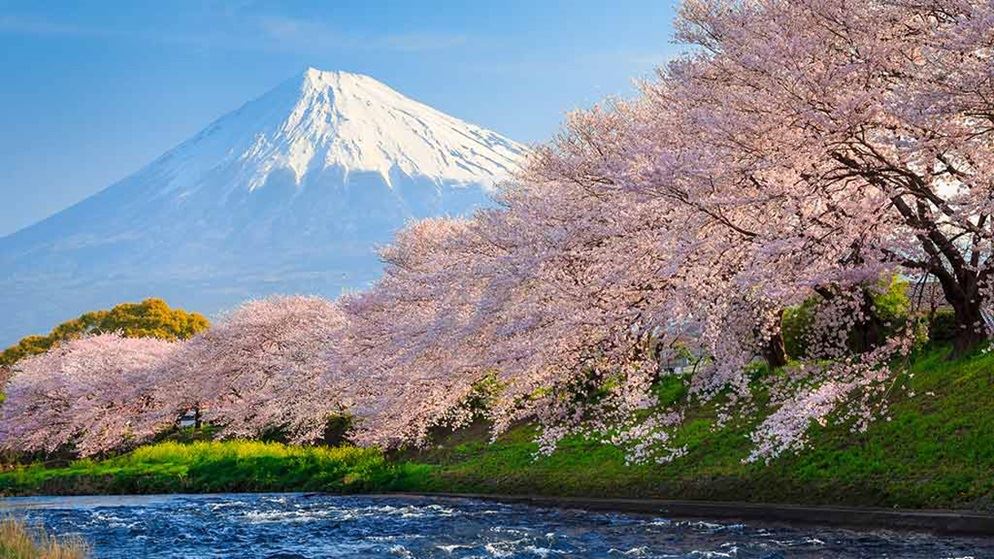 When do they flower?

The further north you go, the later the blooms are. On average you'll see them mid to late March from Kagoshima to Tokyo, and pushing into April in Kanazawa all the way through to early May in Sapporo. In the south, the blooms start around mid-January on Okinawa island, but it can start even earlier – flowering began in late December in Naha in 2013.

The map below shows the average flowering dates for "Sakura", the Japanese cherry blossom, for the six years to 2016. 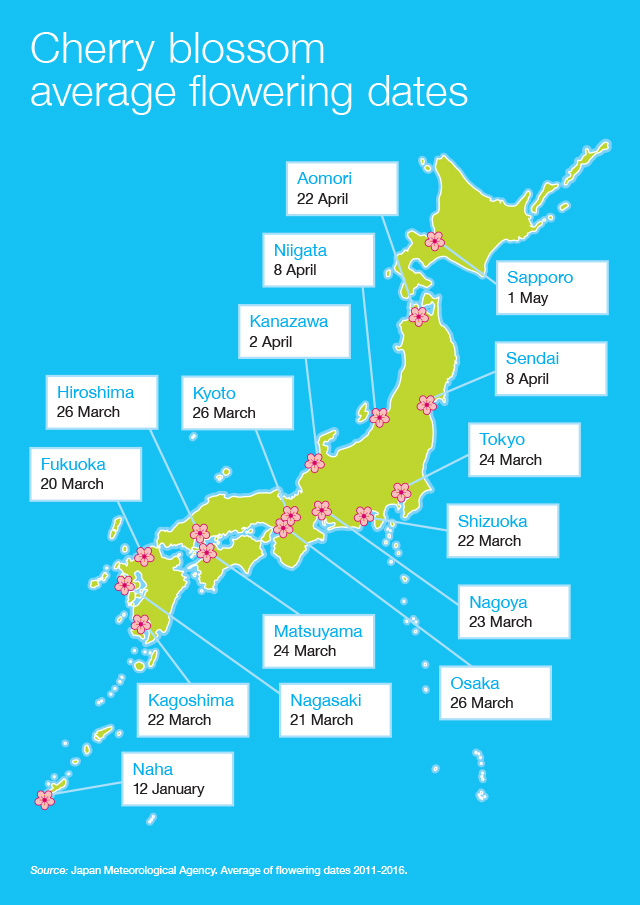 The cherry blossom resonates strongly in Japan, with crowds gathering in parks and temples during flowering times. The symbol is used in art, anime, film, music, and on kimonos and stationery. In World War II Japanese pilots painted cherry blossoms on their planes or took branches of the trees with them on their missions.

In each city a representative tree is chosen to signal the opening of the first blossoms, with the Japanese Meteorological Agency monitoring the cherry blossom front annually. Full bloom occurs about a week after the first bloom, and another week later blossoms start falling from the trees. Weather conditions like wind and rain can hasten the blooming period so if you're going to "Hanami", that is, picnic under a blossoming tree, plan for about a week after the first flower.