How to get a visa, access the internet, pay with your phone and more. 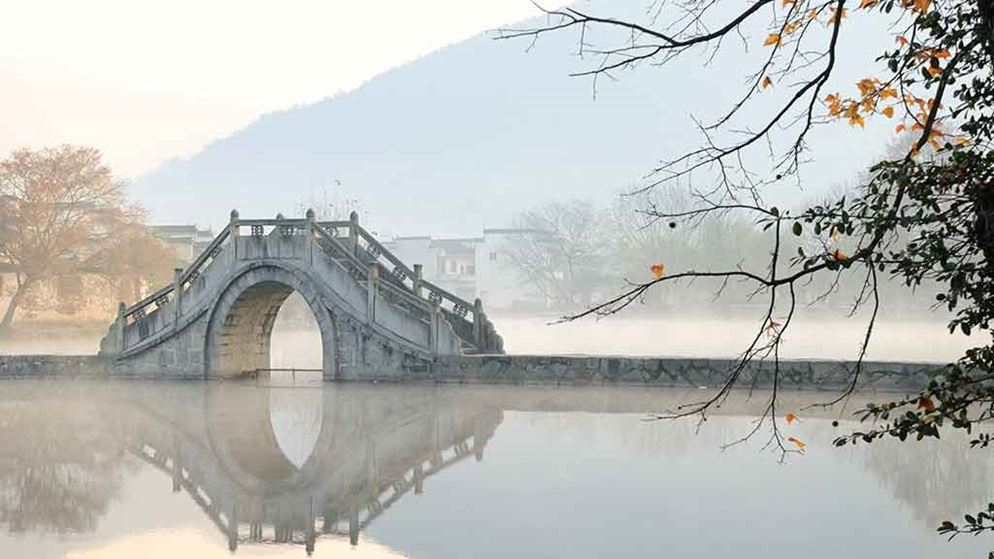 Australian passport holders need a visa to enter China. You can apply for a tourist visa by mail or in person at application centres in Canberra, Sydney, Melbourne, Brisbane and Perth.

There are a range of different visas available. Visa rules and requirements may change at short notice. For the most up-to-date information, follow the application guidelines at au.china-embassy.org.

The application centres only accept registered mail or express post via Australia Post. Be sure to write down your tracking number (for your return envelope too).

How long will it take to get my Chinese visa?

You should apply for your visa six weeks in advance of travel.

Tip: Don’t apply more than three months in advance. Your visa could expire before you’ve had the chance to use it.

China doesn’t recognise dual nationality. If you’re a Chinese-Australian dual national, travel on your Australian passport with a visa for China and present yourself as Australian at all times, otherwise you'll be considered by authorities as a Chinese national and you won't have access to Australian consular services if you need them.

Australian children under 16 whose parent or parents are or were Chinese nationals will need to provide a birth certificate when applying for a Chinese visa for the first time.

Australian passport holders can visit certain Chinese cities and regions visa-free for short transit periods, which is particularly handy if you’re considering a quick stopover on the way to Europe.

The transit without visa (TWOV) applies to 18 Chinese cities and is likely to be expanded to more in future.

This TWOV allows you to visit China for up to three days. Be aware that your movement will be restricted depending on which airport you fly in to:

Some Chinese cities allow a longer visa-free visit of up to six days. Again, travel may be restricted depending on which city you arrive in.

To apply for transit without visa

You don’t need to apply in advance, but do let your airline know at check-in that you plan to transit in China.

Fill in the arrival/departure card (this will be given to you on the plane) indicating that you’ll be transiting without a visa.

Present this to immigration at the airport.

Important: Check the latest rules with the Chinese embassy, your travel agent or airline before booking flights - you don't want to get stuck in an airport for 72 hours if you're ineligible to enter the country!

Australian passport holders need a special permit to enter Tibet. Applications can only be made through travel agents in China, and you can only travel in Tibet as part of an organised tour.

If you’re planning to travel from mainland China to Hong Kong, then back to the mainland, be sure to apply for a two-entry visa.

Can I use my Australian mobile phone in China?

Your Australian phone should get good coverage in most populated areas thanks to China’s extensive GSM network. But if you use your phone more than occasionally (particularly for accessing the internet) be prepared for huge bills.

Check global roaming rates before you go. Most Australian telcos offer special global roaming deals with capped daily rates. They’re not as cheap as getting a local SIM (see below) but they allow you to keep your Australian number and avoid nasty surprises on your bill.

A pre-paid Chinese SIM card is a much cheaper option than paying global roaming rates on your Australian SIM.

Which Chinese phone network is best?

Buying and setting up a Chinese SIM

You can buy SIM cards at Chinese airports, phone stores, or convenience stores.

How to buy phone credit

You can top up your credit:

Tip: Make sure you have plenty of credit. Not only can it be difficult to top up, but if you run out you may be blocked from receiving calls and your text messages could be deleted if they aren’t saved on your phone. Credit is relatively cheap so you may as well stock up with more than you need.

Scam alert: Most Chinese telcos will SMS you advertisements, most of which are in Chinese and are easily deleted. You may also get the occasional one-ring call from an unknown number. Don't ring back - you'll be charged an extremely high call rate.

Your mainland Chinese SIM will charge global roaming rates if you use it in Taiwan or Hong Kong.

In the past, Chinese SIMs were regional and would charge roaming rates even if you travelled between provinces, but since 2017 charges have been brought into line – at least for mainland China.

If you'd prefer to be organised before you go or if you're travelling through a number of countries, a pre-paid travel SIM is an easy option, though the rates probably won't be as cheap as with a local SIM. Travel SIMs are available online and from some travel agents and post offices.

Tip: China Mobile Hong Kong has pre-paid SIMs which will work in both China and Hong Kong. The rates will be higher than a Chinese mainland SIM, but their website and phone service is in English.

You'll find free Wi-Fi in most hotels and many western-style cafes across China, and always at Starbucks. In rural areas internet access may be harder to come by. Some Wi-Fi hotspots might ask for a Chinese phone number in order to register and activate.

If staying connected is very important to you, look for a pre-paid SIM with a high data limit. If you need to connect your laptop, you can tether it to your phone or tablet (whichever device is using the SIM).

WeChat is the country’s main social media network, and since it does a lot more than just social media – news, money transfers, hailing taxis, restaurant bookings, takeaway orders and much more - it’s well worth downloading it to use while you’re there.

Just be aware that messages sent via WeChat (and other messaging platforms including text messages) may be monitored by the Chinese government. Don’t worry: you’d have to say something very inflammatory to attract their attention though.

Many people use virtual proxy servers (VPNs) to circumnavigate the 'Great Firewall of China'. The Chinese government technically banned these in 2018, ordering internet service providers to block them, but plenty are still in use.

Most VPNs can’t be downloaded while in China so if you’re planning to use one, download it before you go. And do your research to make sure it will work once you’re there.

Are VPNs illegal in China?

Technically, yes. Plenty of westerners use them without falling foul of the law (the Chinese government is far more concerned about what its own citizens are doing), but if the thought of breaking the law makes you nervous, you’ll just have to live without your Gmail, Facebook and Twitter while in China.

China's power plugs and sockets vary between the Australian type (I), the US/Japanese type (A) and the British type (G), so it's recommended you pack a universal adapter.

China's frequency is the same as Australia's, and the voltage range is similar enough to Australia's 230V that you can use your appliances without fear of frying them.

Tip: Chinese people rarely use the word 'yuan' when referring to money. Instead they say 'kuai', which is more like 'bucks'.

Important: Tell your bank about your travel plans at least two weeks before you leave. Card activity in a foreign country could be mistaken for fraud and you could find your account frozen.

Credit cards are accepted at almost all hotels and are becoming more common in restaurants and shops. Check how much (if any) commission is being charged, and remember your bank will charge you a conversion fee for overseas purchases. Credit cards are a must, but so is cash, which you'll need for everyday purchases.

ATMs are easy to find in Chinese towns and cities, but some won't accept foreign cards. Bank of China, Hong Kong and Shanghai Bank, Industrial and Commercial Bank of China (ICBC), and China Construction Bank are your best bets. Instructions will be in English and in Chinese. The withdrawal limit may be low on some machines, which can be frustrating when you're paying a withdrawal fee every time.

Tip: Chinese PINs are generally six digits long, but most ATMs should accept your four-digit PIN. If not, try inserting two zeros first. Don't try to enter your PIN a third time though - the machine will confiscate or lock your card if it's incorrect.

Currency exchange is only legal at hotels, banks and exchange booths using the official rate set by the central government through the Bank of China. You'll find plenty of money changers at Chinese airports, and you'll get a better rate once you're on the ground than if you change money in Australia (although you may want to pack a small amount of yuan for peace of mind).

Scam alert: Say no to anyone who tries to offer you a different exchange rate to the official one set by the government. This is illegal, and you may even end up with counterfeit bills.

Travellers' cheques are becoming a thing of the past and they're not a practical way of taking money to China. Only the Bank of China is authorised to cash travellers' cheques, and the process can take hours. Outside of the cities you're unlikely to find anywhere that can cash your cheque.

If you're concerned about money security, consider a pre-paid travel money card or 'cash passport'. They can be pre-loaded with a foreign currency and used like a credit or debit card, and cancelled if lost. Read more about the pros and cons of travel money cards.

Tip: Carry at least two cards and more than one cash currency (Australian and Chinese). Split your money and cards between separate bags. That way if you lose one, you have a back-up.

China is quickly moving towards becoming a cashless and cardless society, with many people making using their phones to make payments these days.

In the major cities, 95% of merchants accept WeChat and Alipay, however many foreigners report having trouble connecting their non-Chinese credit cards to these apps.

If you do want to try using mobile payments, try these tips:

Travel insurance is essential. Buy insurance at the same time as you book your trip, that way you'll be covered if you have to cancel for some reason before you go.

For more information read our buying guide and to choose the best cover, see CHOICE's travel insurance reviews and comparisons.

Check with your insurer about exclusions that may affect you, including some sports and pre-existing medical conditions.

Be aware that anything that happens to you while under the influence of drugs or alcohol is unlikely to be covered by insurance.

Tip: Try to find apps that work offline so they won't chew up your data or stop working when you don't have an internet connection.