Shampoos, drinks, toothpastes and sunscreens for kids – are they really necessary? 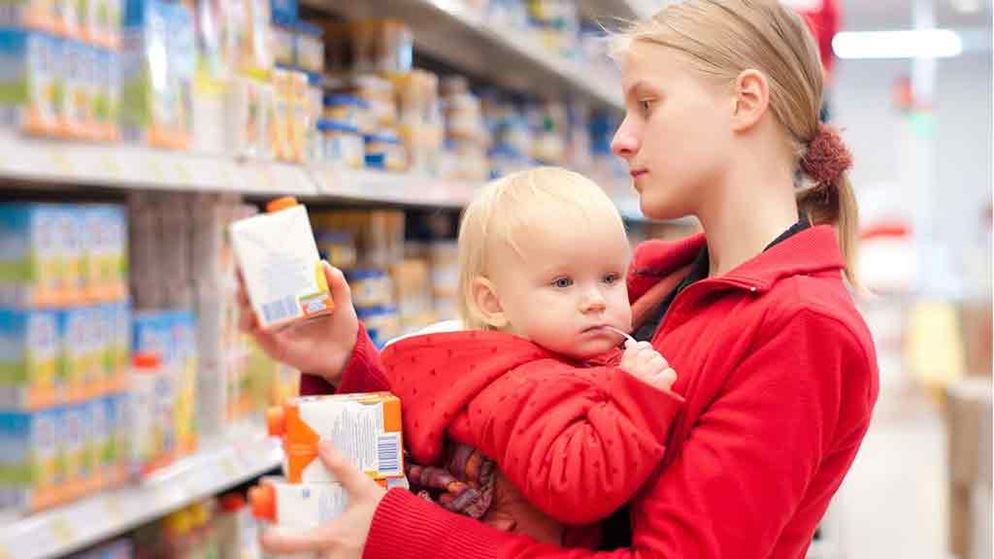 When you're the parent of a baby or a toddler, a trip to the supermarket can be a mind boggling affair. For almost every adult product there's invariably a 'baby' or 'child' version sitting next to it on the shelf, and often at a premium price. While some are appealing, it can be difficult to tell which ones are worth the extra expense. And with the amount of marketing hype, guilty parents could be convinced these products are a must have when in fact many of them aren't.

With so many of these baby and toddler products now available, it's impossible to examine them all in depth. CHOICE tracked down some of the more common types found in supermarkets to help you decide which are worth it and which should be left on the shelves.

Although it might be easy to dismiss cute, mini-sized tubes featuring cartoon characters, make no mistake: child-specific toothpaste is necessary.

Children's toothpaste contains considerably less fluoride than the adult version, and too much fluoride can cause dental fluorosis, a condition where the teeth's enamel surface appears mottled. Most dental fluorosis is very mild and doesn't damage teeth, and occurs only during tooth development in early childhood, so older children and adults aren't at risk.

Fluorosis levels have halved since the early 1990s, with the wider use of low-fluoride children's toothpastes and recommendations that children use only very small amounts of it.

Little mouths need little toothbrushes. The toothbrush should be easy to hold and have a small head and soft, flexible bristles that don't irritate the gums.

Once your baby starts sprouting teeth (usually from six months) it's a good idea to start getting them used to a small toothbrush but, according to the ADA recommendations, you shouldn't use toothpaste until they're about 18 months old.

Soft baby and toddler skin generally doesn't need moisturising. According to dermatologist Dr Phillip Artemi, "Babies and toddlers with normal skin don't need soap or moisturiser. Unless a baby or toddler suffers with a skin condition, such as eczema or dermatitis, skin care should be very simple," he says.

When it comes to your little one's skin, less is definitely more. A warm bath is all that's needed for little babies, and for toddlers you can use a soap-free wash. Following a short, warm bath, the skin should be patted dry. If you really want, you can apply a fragrance-free moisturiser such as sorbolene cream while the skin is still moist, but it's really not necessary.

As a rule it's best not to use heavily fragranced shampoos intended for adults on your baby or toddler. Choose simple shampoos that are fragrance-free and less likely to cause irritation when their washing hair. Our experts say parents should opt for a baby-specific shampoo as these tend to have milder, lower-foaming surfactant formulas that are designed to not burn or sting the eyes.

Baby shampoos are also often free of frothing agents sodium laurel sulphate or ammonium laurel sulphate, which can dry out hair and skin. But don't overdo it; scalps produce very little oil until puberty, so it's not necessary to wash children's hair very often.

Despite the marketing and what you might find on the supermarket shelves, you don't need a special sunscreen for kids and there's little evidence to suggest there's a safety issue with most of sunscreen's active ingredients. Sunscreens usually contain zinc oxide or titanium dioxide – physical blockers that leave white marks on the skin. However, they're often in nanoparticle form in sunscreens, making the products transparent but still able to block the sun's harmful UV rays.

It's recommended young babies (under six months) are better kept out of the sun entirely, especially in the middle of the day, using hats, clothes and shade. If you occasionally need to use sunscreen on babies, only apply it to small areas of skin that can't be otherwise covered.

For older babies and toddlers, our experts say if you have concerns go for sunscreens that contain physical blockers only and are free of chemical absorbers of UVA and UVB, fragrance and PABA. But as these are not always marketed as children's sunscreens, so you can go for whatever brands you prefer, whether it's labelled for babies or not.

The Dietary Guidelines for Children and Adolescents in Australia state that once children are 12 months old they can be given full-cream cow's milk to drink. Once a child is over two years they can switch to reduced-fat milk instead. It's also recommended that young ones limit excessive consumption of other energy-dense drinks, such as fruit juice and soft drinks.

Infant formula is designed to be a breast milk substitute for babies younger than 12 months. However, there has been a proliferation of toddler formulas that look almost identical to baby formula, but are marketed squarely at the parents of children aged one to three years instead.

As a response to the World Health Organization's code for marketing infant formula, in 1992 Australia developed a voluntary, self-regulatory code of conduct for manufacturers and importers of infant formula. Signatories are restricted as to how they promote infant formula, however toddler formula falls outside the scope of the code and marketing hype abounds.

As a result, parents could be forgiven for thinking they're depriving their toddler of valuable nutrients if they don't give them toddler milk – but this simply isn't the case. Paediatric dietitian Kate Di Prima says that while toddler milk could be used as a very short-term solution for children who may be malnourished after an illness, it's not necessary for healthy toddlers.

Many toddlers can be fussy eaters, but this doesn't mean they're getting inadequate nutrition or they need toddler milk. As well as being an expensive way of providing nutrients easily obtained from food, excessive consumption of these types of milk can set up problems further down the track. Too much can fill a child's small stomach and make him or her reluctant to try food, and it can also contribute to constipation. Unless you've been otherwise advised by your GP or health professional, give toddler formula a wide berth.

Ideally it's a good idea to give juice a wide berth too, as babies and toddlers are better off drinking only milk and water. But for many little people sweet and tasty juice is a favourite. Products such as Heinz fruit drinks designed for babies six months and older are little more than very watered down fruit juice. They're certainly not necessary though, and aren't economical either.

If you really want to give your child juice, it would be cheaper and more practical to give them a small splash of fresh juice mixed with water in a cup. But's it's better by far to not even go there in the first place – juice is not a necessity.

All toddlers and babies need a variety of healthy snacks throughout the day, and finger foods are an important part of a toddler's diet, especially in their second year. It's also an important time for parents to help develop their child's taste for healthy foods by offering a wide range of flavours and textures.

Baby foods formulated for infants up to 12 months and toddler foods aimed at children aged one to three years are governed by specific food regulations. However, some of these products aren't necessarily different from snacks made for older children or adults.

Snacks packaged with "kid-friendly" messages aren't guaranteed to be healthy for your child. When CHOICE reviewed snacks marketed for babies and toddlers we found that many contained excessive sugar, contained little fruit or vegies and were highly processed. So what should parents and carers look out for? Just avoid products high in saturated fat, added sugars and salt (labelled as sodium). Dietitian and spokesperson for the Dietitians Association of Australia, Clare Evangelista, says parents need to take a proactive role in reading nutrition panels when looking for snacks for their children and keep an eye out for saturated fat, added sugars and salt (labelled as sodium).

"Parents can save a lot of money looking for regular products with low levels of sodium and/or sugar rather than buying the kid version, and this way the whole family consumes a healthy diet, not just the toddler."

When you're on the lookout for products for your baby or toddler, beware the marketing hype. There are some items on the shelves that need to be tailored specifically for the specific needs of babies and young children, but more often a similar adult-aimed product will do just as well, and at a fraction of the cost.