The 'grassroots' movements campaigning on behalf of industry. 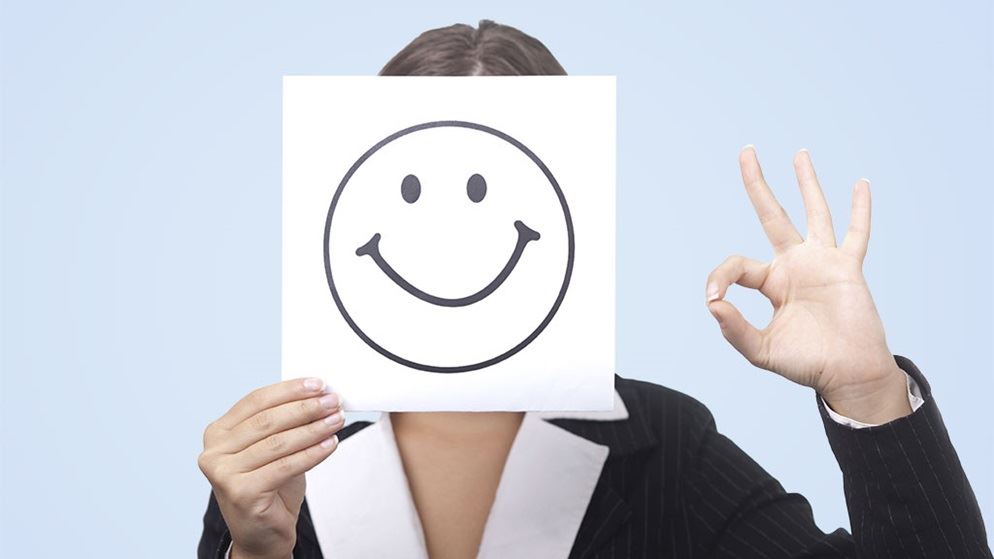 Ever come across a campaign or organisation that claimed to be acting in consumers' interest, but seemed to be benefiting industry instead? What may look like a genuine, grassroots movement may actually be a front group, created by a large company or industry coalition to peddle a self-interested corporate agenda.

For example, we've come across:

This kind of spin is called 'astroturfing', a practice that does indeed take its name from the artificial turf. The link between the two? Both have fake 'grass roots'.

But plenty of groups promote a corporate agenda, so when does it become astroturfing?

Sharon Beder, an honorary professor at the University of Wollongong, has written extensively on the topic and says the difference is deception. "Front groups try to disguise who they are and try to be something they're not," she says.

It's not always easy to tell the difference between a front group proclaiming to act in the public interest, from a genuine group that actually is. Anyone can start a group and create a website, which is fair enough in a democratic society, says Beder. But free expression also means it's easy for front groups to proliferate.

According to Beder, front groups usually emerge when an organisation is unsuccessful in having its viewpoint heard through the political system, or when its position is threatened either by forthcoming regulation or staunch public opinion.

While there are some restrictions over the use of words such as "consumer", "trust", "foundation" and "charity" in business or association names, there are still plenty of words that confer a sense of trust and authority that can be used without restriction. For example the Business Name Registration Act doesn't limit the use of words such as "alliance", "coalition" or "institute".

Want to know more about other forms of astroturfing? We've also taken a look at when businesses pay for fake reviews.

The Don't Change My Interchange campaign has sprung up around one clear message: keep interchange fees at current levels. What the campaign is not so clear about is that it's the banks and card issuers such as MasterCard and Visa who'll benefit.

The truth about interchange fees

We believe lowering interchange fees would be good for consumers, and it was also recommended by an independent review, the Financial System Inquiry.

But the Don't Change My Interchange campaign makes the case that reducing interchange fees will be harmful to consumers – arguing that the key benefits of credit cards could be taken away. The campaign points to losing benefits such as the ability to use your card in store and online, fraud protection, free credit for up to 55 days and low interest rates. We believe these claims are scaremongering. There's no good evidence we've seen to show these benefits have been taken away in other countries where interchange fees are lower.

"The campaign includes a phoney grassroots movement that is little more than unverified signatures on a petition ... on a website that provides one-sided [and] biased information" - Sharon Beder

Some of the evidence cited by the Don't Change My Interchange campaign to support its claims about the impact of lowering interchange fees doesn't quite stack up.

So, who's behind the campaign?

All of this raises the question – who's behind the campaign? Turns out it's backed by the International Alliance for Electronic Payments (IAEP), an organisation you'll have trouble finding much about.

IAEP's website claims it's "a coalition of international free-market organisations who are concerned that interchange fee regulation has negatively affected the poor, consumers, small community lending institutions and the economies of countries around the globe". In Australia, the only publicly linked organisation is the Australian Taxpayers Alliance, a group that promotes low tax, small government and a market-based economy. The group responding to our requests for comment was the Competitive Enterprise Institute (CEI). It's a small, corporate-funded advocacy group, according to Beder.

"The CEI has organised front groups in the past," she says. "It seems plausible that if a financial organisation wanted to establish a front group to lobby against regulation of its fees it could go to the CEI for assistance."

The IAEP doesn't disclose its funding sources, a tell-tale sign of a front group, says Beder. However, when we asked likely beneficiary MasterCard upfront if it was one of the funders, it admitted to contributing to IAEP, though it maintains that it doesn't control the Don't Change My Interchange campaign.

"It seems to me fair to call the IAEP a front group if it is purporting to represent the interests of consumers rather than being upfront about who it is really representing and who is funding it," says Beder.

"The campaign includes a phoney grassroots movement that is little more than unverified signatures on a petition collected by the IAEP itself, on a website that provides one-sided [and] biased information."

Beyond the Don't Change My Interchange campaign, there are a range of groups which operate in different ways to shift political debate. We took a look at a few others.

MISSION: "To fight the federal government's plans to introduce plain packaging of tobacco products and other proposals for tobacco regulation that aren't evidence based."

The Alliance of Australian Retailers (AAR) was set up by big tobacco companies to challenge tobacco plain packaging laws, a fact which wasn't initially disclosed on its website. That's because the group doesn't represent tobacco companies; rather, it claims to represent small retailers such as the owners of your local corner store, milk bar, newsagent or independent service station.

One concerned shopkeeper is quoted on its site as saying, "My parents help me to run the store. They are old and have trouble with their eyesight and they are having real difficulties reading the small text and not having any colours to help them quickly identify brands."

Beder says corporations sometimes seek out or create third parties such as the AAR to promote their views because the public will be more likely to listen.

She adds that front groups often try to gain traction for their message by casting doubt on evidence that's unfavourable to their position and proposing counter evidence. The AAR claimed there was no evidence plain packaging would work and then used a self-commissioned study to show that plain packaging legislation could cost small retailers up to $34,000 a year in lost time as they grope amid plain packages for the right brand – a claim which has been refuted by independent research.

Would you believe – you can "balance" junk food with exercise?

Wouldn't it be great if we could eat whatever wanted without having any adverse health effects? It seems the food and drink industry is keen to make sure health activists' messages of watching what you eat, aren't too powerful. After all, it's all about balancing what you eat with how much energy you expend...right?

The Beverage Institute for Health and Wellness

MISSION: To "use evidence-based science to advance knowledge and understanding of beverages, beverage ingredients, and the important role that active healthy lifestyles play in supporting health and wellbeing".

The institute is upfront about the fact it's funded by Coca-Cola, but it doesn't necessarily present all the facts. The site focuses on topics such as hydration and energy balance, which deflects attention from the high sugar content in some of Coca-Cola's products. For example, a 600mL bottle of Coca-Cola accounts for 71% of an adult's recommended daily sugar intake.

The institute's "hydration expert" Dr Ann Grandjean suggests that while water is critical for hydration, its dietary source isn't important. To prove this, her article refers to a study that compares hydration outcomes for someone drinking one-third plain water and two-thirds soft drinks, juice and coffee versus someone who just drank soft drinks, juice and coffee. "We found no differences in markers of hydration, which suggested that although the body needs water, it doesn't need drinking water per se, as long as adequate amounts of other beverages are consumed," writes Grandjean.

But the study proves very little – it doesn't compare an intake of 100% water, and it ignores the health implications of drinking sugary beverages. Jane Martin, executive manager of the Obesity Policy Coalition says that "sugary drinks, such as soft drink, sports drinks and fruit drinks, are packed with sugar and are recognised as a major contributing factor to overweight and obesity in Australian adults and children".

"Research has shown that consuming just one can of soft drink a day can lead to 6.75kg weight gain in one year," says Martin. And despite what companies like Coca-Cola may say, sugary drinks should never be recommended as part of a healthy diet, she adds.

MISSION: "To connect and engage multi-disciplinary scientists and other experts around the globe dedicated to applying and advancing the science of energy balance to achieve healthier living."

It would seem that Coca Cola's Beverage Institute for Health and Wellness may not have been getting the traction the company desired. Enter the latest addition to the energy balance brigade, the Global Energy Balance Network (GEBN), which says it's dedicated to helping end obesity, but tacitly cautions against focusing too much on bad eating habits.

The GEBN is an organisation whose ties to 'Big Soda' are artfully hidden (although, it does mention in the fine print on its website that the group is partly funded by an "unrestricted gift from The Coca-Cola Company".)

In a breakthrough scientific revelation, the website carefully explains that you gain weight when you take in more calories than you burn off, and vice versa. While presenting an air of independence and saying it uses an evidence-based approach to end the obesity epidemic, the underlying message is that we shouldn't stop gulping down cans of Coke, we should simply exercise more.

After all, we wouldn't want to think it's that humans are drinking too many sugary soft drinks – one of the main drivers of the current obesity epidemic – rather, we just have to improve our understanding of "energy balance".

Its support of the Global Energy Balance Network earned Coca-Cola a Shonky Award.

MISSION: The campaign is about "energy balance". It was started by the Healthier Australia Commitment, "a food industry-led, multi-year strategy designed to help Australians live healthier, active lives".

According to the Together Counts website, "the health risks associated with obesity are largely controlled if a person is physically active and physically fit". And to add to that, the increasing rates of obesity in Australia aren't necessarily due to the fact that over a third of the average adult daily energy intake comes from discretionary food and drinks (which many of the campaign supporters happen to manufacture) – it's due to an "energy imbalance".

Luckily, the campaign suggests this problem can be counteracted by balancing out what we eat and drink with the amount of kilojoules we burn through activity. And this isn't hard, according to one of its infographics. It provides examples such as balancing out a 50 gram chocolate bar with a 30-minute bike ride, and a salad sandwich (which has less kilojoules and more nutrients than the chocolate bar) by cleaning the house for 45 minutes.

Other forms of astroturfing

Front groups aren't the only type of astroturfing. Fake online reviews are another common practice. Want to know more?