Do famous people really stand by the products they endorse, or is it just about the money? 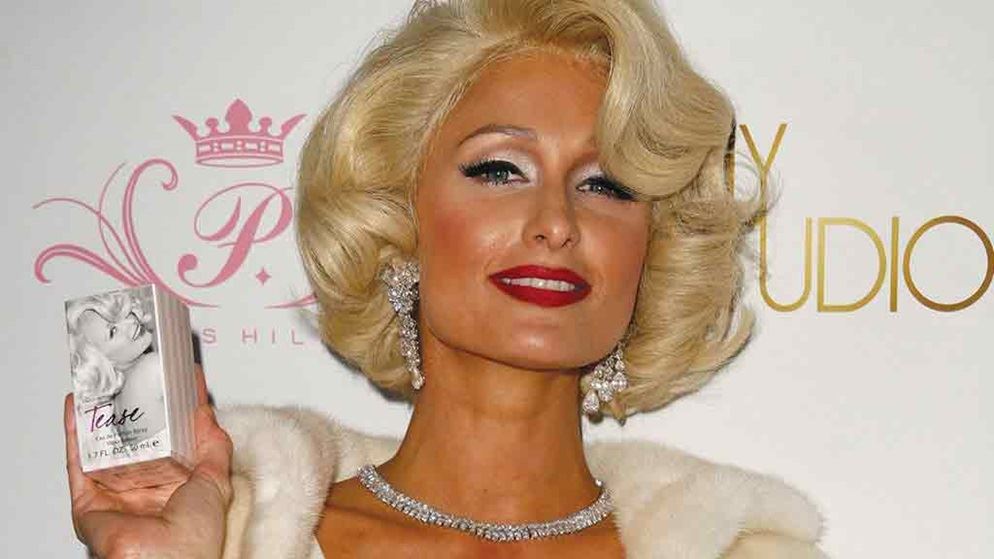 Before a hard day on set of his latest million-dollar movie, does George Clooney enjoy a cup of Nespresso? When the weather turns steamy, does Liz Hurley indulge in a calorific Magnum ice-cream? And are we really to believe Sarah Jessica Parker home-colours her hair using Garnier Nutrisse hair dye?

Chances are you answered these questions with a no. Still, corporations pay celebrities to convince us they're just like us – and that we too can look, smell, and eat and drink just like they do.

Companies aren't paying celebrities in peanuts to endorse their products. At the height of his golfing career (before it imploded) Tiger Woods' annual income from endorsements alone was estimated to be about $US100m ($96.2m).

Actor Brad Pitt was reportedly paid $US7m ($6.7m) to star in an advertisement for Chanel No 5. According to an industry insider, A-list celebrities such as Nicole Kidman can earn a cool $1.5–2m for a day's work for the Australian market. And reality TV star Kim Kardashian reportedly charges up to $US25,000 (A$24,055) for posting a product endorsement on Twitter.

"The appeal of a celebrity is they act as a source of credibility for a product," says Andrew Hughes, a celebrity endorsement expert with the Research School of Management at the Australian National University (ANU). The message of the Chanel ad is that Brad Pitt likes his fiancée, Angelina Jolie, to wear Chanel No 5, according to Hughes. "Brad Pitt likes it, so you should buy it."

But does Al Pacino proclaiming his appreciation for Vittoria Coffee make consumers more likely to buy the brand? When CHOICE asked its members what they thought, responses were mixed.

"I bought my Nespresso machine because it makes good coffee fast, with minimal mess, upon recommendation from a friend who has one," says Tania Bee. "George Clooney had nothing to do with the purchase, although when I have a Ristretto pod, I do have a little George Clooney buzz moment. Nothing wrong with that!"

I can't believe it's not genuine!

Trouble is, sometimes it's hard to tell the difference between a paid celebrity endorsement and a celebrity's genuine appreciation of a product or service. Last year, ABC's Media Watch uncovered several Australian celebrities who were tweeting for cash, without disclosing the commercial nature of doing so. "A lot of these people might have experts who'll write [tweets] for them. Then the celebrity will approve it and drop it in their feed," says Hughes.

The Federal Trade Commission in the US has issued a new set of guidelines on social media advertising disclosures requiring Twitter endorsements to use the #ad hashtag.

A study published in the Journal of Advertising Research revealed signing certain athletes as celebrity endorsers can lead to a tangible benefit. "Signing the kinds of endorsers that featured in our research, on average, generates a four per cent increase in sales… and nearly a 0.25% increase in stock returns," reported the study's authors.

In another study that looked at Tiger Woods' impact on sales of Nike golf balls, the authors wrote: "In golf ball sales in the US alone, we quantify the endorsement effect on profit and find that approximately 57% of its endorsement investment was recovered. Taking into account the worldwide sales of golf balls and the sales in apparel and other [equipment] that Woods also endorsed as part of the contract agreement, we believe Woods' exorbitant $US200m ($189m) contract was actually not that large."

"The psychology is so powerful," says Hughes. "We are attached to celebrities. When they use a product or an item, we want it too [even if] we don't know if it's any good, or how it's made."

What do famous people know anyway?

Dawn Fraser lent her name to the Revitive Circulation Booster, a machine that costs hundreds of dollars and supposedly increases blood circulation in the legs. However, in 2010 the Therapeutic Goods Administration's (TGA) advertising complaints resolution panel determined there was no conclusive evidence the machine could provide pain relief, or that it would reduce "cankles" (enlarged ankles), improve circulation, ease arthritic pain, reduce fluid retention and swelling, aid fast recovery from muscular injury or relieve aches and pains. The panel ordered the withdrawal of advertisements and representations to that effect.

"The consumer will look at an ad and think, 'If this person is rich and famous and buying it, perhaps they know more than I do,'" explains Hughes. "Some people will instantly query whether the celebrity is paid to endorse it, but there are others out there who don't know any better and would buy it."

However, according to a 2012 study that appeared in the Social Influence journal, celebrity endorsements aren't worth the risk. The research leader, Margaret C. Campbell of CU-Boulder's Leeds School of Business, said, "The overall message to marketers is be careful, because all of us, celebrities or not, have positives and negatives to our personalities, and those negatives can easily transfer to a brand."

Do they (really) use them? 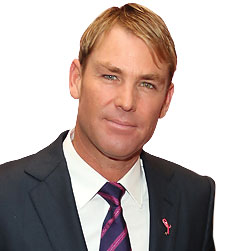 Over a decade ago, Shane Warne signed on to endorse quit-smoking aid Nicorette. He was supposedly paid a couple of hundred thousand dollars to quit smoking, yet was later busted lighting up. Soccer star Ronaldinho, who was reportedly paid hundreds of thousands of dollars to be the face of Coca Cola, was photographed drinking Pepsi at a press conference.

Actress Eva Longoria scored a contract endorsing Dine cat food. In a TV ad, she says: "My passion, my cat, my choice." Unfortunately for Longoria, she later confessed in an Australian newspaper that she does not own a cat.

"It's an absolute requirement. Those brand ambassadors are influencers and persuaders," he says. "That's why you try to pick the right celebrity to begin with. There should be no conflict of interest."

In the case of Dine using feline-free Longoria in its ads, Levine says this was a "dreadful decision – no thought, no relevancy, no credibility. The first question they should have asked is whether she has a cat. No? Then cross her off the list."

The effect of such endorsement betrayal is, according to Hughes, devastating for both the consumer and the product's maker. "It's like finding out a friend lied to you. It destroys the whole campaign built around that product. The consumer starts to think, 'If I can't trust you, then I don't want to be associated with that brand.'"

Hughes also says there's no way of knowing whether endorsements are genuine. "What goes on behind closed doors we'll never know," he says. "I think most consumer law in Australia is behind the times. Currently they're reactive, not proactive. It's left up to companies to exercise their ethics. But money is always going to win."

"Nine times out of 10, celebrity endorsements are just professional entertainers getting paid a lot of money to sell a product," he says. "But because we feel we know them personally, especially with social media outlets such as Facebook, Twitter and Pinterest, our personal connection is much stronger, we feel part of their lives, and we do trust them. And companies are exploiting that trust."