Is it worth paying extra for products that have a social impact? 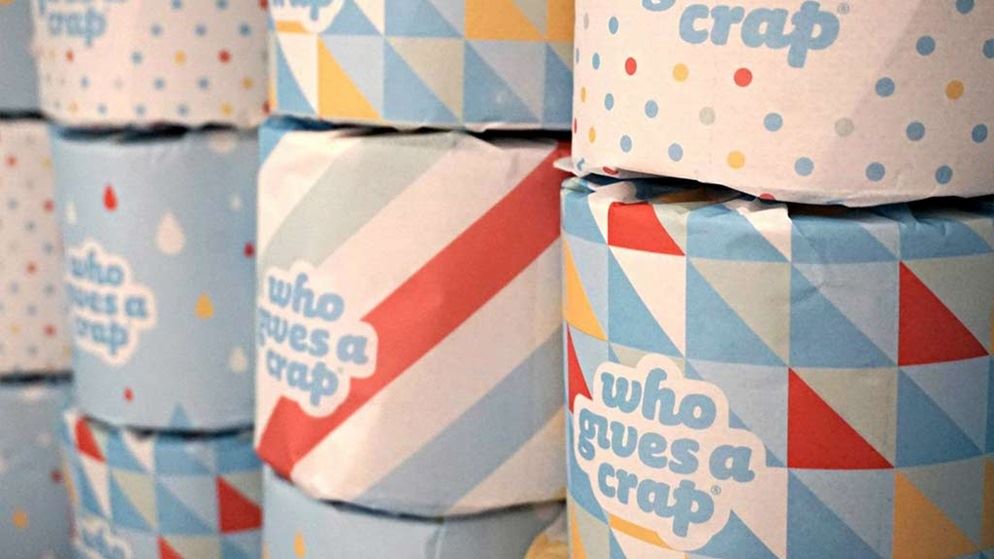 Doing good with your dollar

You could say that supporting social enterprises is an easy way to do good in the world – if you have to buy hand soap or toilet paper anyway, why not buy from a social enterprise to support someone else changing the world?

But how much of a difference does it really make? We crunch the numbers on social enterprise products and give you the tools to find out if they're more 'for-profit' than 'for-purpose'.

Want to start your own war on waste? Here are five plastics you can ditch today.

We found many social enterprise products aren't more expensive than mainstream products, but some companies are cashing in on the 'halo effect' of social enterprises to boost sales while donating very little profit to charity. It's best to find a social enterprise that aligns with your values and do some research before you commit to supporting them.

Part business, part charity, social enterprises are companies that have philanthropy built into their business models. As businesses they exist to make a profit, but a proportion of their profit (usually at least 50%) goes to make a positive difference in the world, rather than to line shareholders' pockets.

Because making change is part of their core business, they're a different beast than corporate social responsibility, corporate donation or cause-related marketing.

But they're also different to charities. Where charities' primary income is donations and bequests, social enterprises make most of their money from trade – selling products or services – so they operate more like businesses than charities.

"The social, economic and environmental impacts of social enterprises on local economies are being increasingly recognised, so the model is showing traditional businesses how social impact and profit can go hand in hand," says Dr Ruth Knight from the Australian Centre for Philanthropy and Nonprofit Studies at QUT.

Many young entrepreneurs don't see profit and purpose as mutually exclusive – they believe they can turn a profit while doing good for the world. Philanthropy, sustainable sourcing and ethical business practices are no longer the remit of just touchy-feely organisations – even multinationals like Coca-Cola have a social and environmental conscience (or at least profess to).

"This business model really seems to attract millennials, who want to be entrepreneurs but also want to create social or environmental change," says Dr Knight.

"Rather than seeing their ethical practice as something they do separately through volunteering and civic engagement, they're more and more interested in integrating their career and doing good," says Professor Jo Barraket from the Centre for Social Impact Swinburne.

The consumer landscape is also changing, with people increasingly becoming interested in what happens to their consumer dollar – does it help or harm our society and environment?

Bang for your buck

We looked at four brands that all donate some profit to good causes: Who Gives A Crap, Thankyou, Cotton On Foundation and Community Co. While they're very different, they all produce and sell fast-moving consumer goods and can be found across the country.

Most of the social enterprise products we looked at were either the same price or only slightly more expensive than comparable products, and many were even cheaper. This means that if you can afford them, you can make your dollar do more for the world by switching to these brands.

How much is donated?

Before you make the switch, look past the marketing hype and find out just how much goes to the good cause:

Thankyou emphasises transparency and has built a 'Track Your Impact' online tool. You can enter the Tracker ID on any Thankyou product into the tool to see where the profit from that product is going.

Thankyou says it vets suppliers to make sure they align with the enterprise's values. The enterprise has developed a palm oil substitute, and when palm oil is used, it aims to use Certified Sustainable Palm Oil (CSPO). Its bottled water containers use some recycled plastic, and Thankyou plans to increase the proportion of recycled plastic content.

Who Gives A Crap

Who Gives A Crap (WGAC) is certified as a 'for-benefit' company (as opposed to purely 'for-profit') by B Corporation (B Corp), a not-for-profit which assesses businesses on their social and environmental impact. B Corp also independently assesses WGAC's financial statements to confirm its claim that it donates at least 50% of its profits to charity.

WGAC thoroughly vets charity partners, then lets them decide how to run the projects funded by WGAC's donation – this is known as 'unrestricted funding'.

WGAC also has a strong environmental ethos, with all products made 'without trees' – from 100% recycled fibres, 100% bamboo, or a mix of bamboo and sugarcane. Most of its online products aren't packaged with plastic (although its supermarket six-packs are – but with oxo-biodegradable plastic) and it's working to be completely plastic-free in the next few years.

WGAC can deliver directly to your door. For urban areas, shipping is free or minimal. But for regional or remote areas, shipping can be prohibitively expensive: $32 for orders under $30 and $26 per package on orders over $30 for rural NSW, for instance.

The Cotton On Foundation falls somewhere between corporate social responsibility, charity and social enterprise. We've included it here to show how social enterprises are changing the business world.

The foundation claims that of the $2 purchase price of its bottled water, $0.36 is spent on production and transport and the remaining $1.64 goes to the Cotton On Foundation. Operating expenses for 2017 came in at under 10% of the total funds distributed, the foundation says.

While it's associated with 'fast fashion' brands, the Cotton On Group does appear to be committed to improving its social and environmental impact. Cotton On Foundation says its water bottles are made with 100% recycled materials, and Cotton On Group has a highly detailed sustainability policy.

The group's fashion businesses each earned an A rating in the 2018 Baptist WorldAid Ethical Fashion Guide, but only 'It's a Start' from ethical shopping app Good On You, mostly due to its communication about its environmental policies being "not good enough".

Launched in 2017, Community Co is an IGA 'phantom brand' that claims to "give back to Australian communities with every product purchased". But Community Co's website is suspiciously light on detail as to how exactly these products give back to communities, how much it gives back and how much of the purchase price actually reaches these communities.

We dug a little deeper and discovered that only a measly 1–2 cents from the sale of each Community Co product is actually donated to IGA's Community Chest fund – a tiny proportion of the purchase price.

Community Co has an "Australia-first sourcing policy", a spokesperson told us, which means it sources from Australian producers where possible. In the 2016–17 calendar year, IGA's Community Chest donated more than $2.3 million – but only $150,000 of this came from Community Co branded products. The donations were made to more than 50 local charities, 400 local schools and more than 450 local sport clubs.

Technically, Community Co doesn't fit the definition of a social enterprise as so little of its profits go to charity, but we've included it as it demonstrates that you shouldn't take a brand's marketing at face value – if you want to support a social enterprise, do your homework first to make sure your purchase will be making an impact.

While every donation helps, if it's only a token amount, you could be better off supporting another social enterprise or donating directly to a charity of your choice.

Can I just buy the cheapest item and then donate to charity?

It's not quite that simple. Social enterprises tend to emphasise ethical and sustainable sourcing and business practices as well as their charitable giving.

"You can't compare the two," says Sarah Davies, CEO of Philanthropy Australia. "Buying something you want or need is about a benefit to you as a consumer. Giving money, time or support to a charity is about helping someone else and being part of creating positive change for the community more broadly. They are not a trade-off."

"A good example is when you buy chocolate," says Dr Knight. "If you spend your money on a cheap, commercially-made product you are simply helping a corporate's bottom line. But if you buy chocolate from Hey Tiger, not only are you buying great chocolate but you are helping to reduce child trafficking and child labour in West Africa."

How do I know which social enterprises to support?

"Just because a business is a social enterprise doesn't mean it's a great social enterprise, and it's important for consumers to be purposeful and informed about the choices that they make," says Barraket.

"My advice is to look at whether the social enterprise is featured in the Baptist Care Ethical Fashion report, in the Good On You app, or if they are members of a social enterprise association such as Social Traders," adds Dr Knight.

Your personal values play a big part in deciding whether a particular social enterprise is worthwhile. "My version of biggest impact might not be the same as yours," says Barraket.

Choose social enterprises whose values align with yours. If clean water and sanitation are important to you, social enterprises like Who Gives A Crap or Thankyou might be your cup of tea. If you think education is vital to changing children's lives, then Cotton On Foundation might be the way to go.

Transparency is good – it's helpful to be able to see where your money ends up, which is why Thankyou's Impact Tracker has been so successful. But not every social enterprise is big enough to afford things like this.

"There's a cost to measuring and communicating your social value, and that can be one cost too many in small organisations and in industries where there's very lean profit margins," says Barraket.

Change doesn't happen overnight. "The fact that [social enterprises] can't demonstrate an immediate, positive social impact doesn't mean they're not having one – it just might mean that what they're doing is complicated," says Barraket.

"Find a social enterprise that aligns with your values and your interests and then as a consumer it's a case of making judgements about whether you're going to give an organisation the benefit of the doubt when it's at a particular stage of development."

It can be difficult to find out exactly what social enterprises do with the money from sales. If they aren't nonprofits or owned by charities, they don't have to release financial reports – so you pretty much have to take them at their word.

Even nonprofits can be pretty opaque. There's little consistency in how charities report on their administration costs, so even if you do trawl the internet to find a charity's financial records, you may well still be none the wiser about where the money goes.

The closest thing we have in Australia to regulation is B Corp certification. To be certified as a B Corp, enterprises have to pass a detailed assessment of their finances and practices. However, this is entirely voluntary and still doesn't tell you how much of the purchase price reaches the cause you think you're supporting.

And watch out for 'social wash'. Similar to greenwashing, it's when businesses falsely brand themselves as social enterprises or cash in on marketing themselves as genuine change makers, like Community Co. The only way to avoid it is to do your homework.

"If there's no publicly available information (websites, guides, ratings, etc) then play it safe and buy from someone you can check out and trust," says Davies.

Our charity donations guide will help you work out which organisations serve the needy, and which simply serve themselves.