Even after paying thousands for private health insurance you can still be slugged with large costs if you go to hospital. 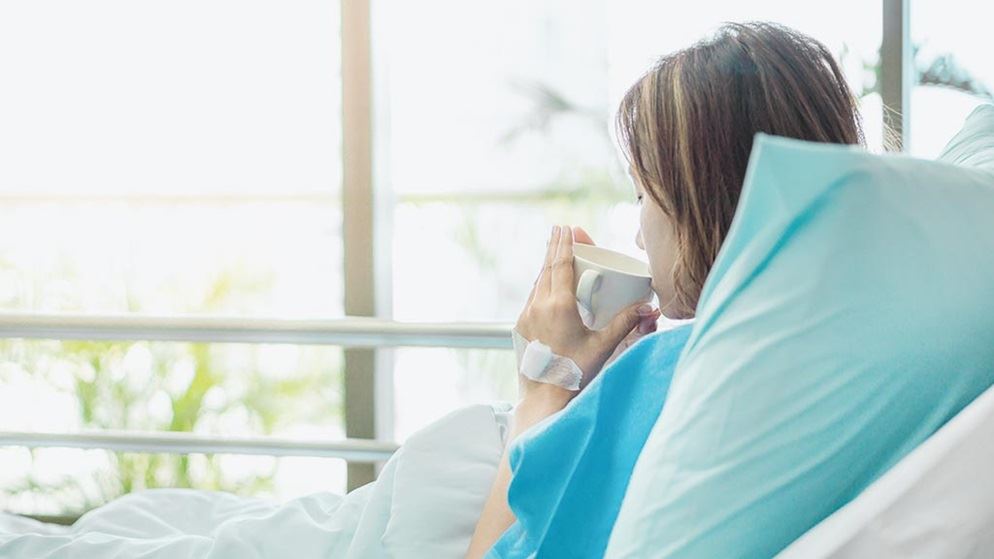 The world of doctors' fees and health insurance policy inclusions and exclusions can be extremely confusing. We'll help clear up some of your confusion around out-of-pocket costs, also known as 'gap payments'.

The cost of being a private patient

It can be a real shocker when you use your private health insurance policy for the first time and still face a hefty medical bill at the end of the day. Isn't avoiding such costs the very reason you've been paying your ever-increasing health insurance premiums?

This story of a CHOICE member who had heart surgery will be familiar to many:

"I had triple by-pass surgery two years ago. My out-of-pocket expenses included $4000 for the heart surgeon and $700 for the anaesthetist. I was lucky enough to have some shares that could be sold at the time to cover the expenses."

There are many costs private patients can get slugged with in hospital, while treatment for public patients is free. These include:

Of course, it's not all bad. As a private patient you can usually get treatment sooner than public patients can, and private hospitals are usually more comfortable.

You also have a choice of doctor… but that's where the gap payment comes in.

Do you need health insurance? Try our quiz to find out if it's right for you.

Words like "gap" and "gap payment" are good examples of the jargon that can make health insurance so confusing.

A gap is simply the difference between what Medicare and your private health fund will pay towards your treatment, and what your doctor or hospital charges. You'll need to pay the difference (the gap), which is why it's also sometimes called your out-of-pocket cost.

There are two types of gap schemes:

In this article we'll be concentrating on the medical gap (your out-of-pocket fees for the surgeon).

How does the medical gap work?

Now, explaining a gap was pretty easy, but explaining a gap scheme gets a bit trickier. But they exist to save you money, so it's worth your while to understand how they work as it'll help you find doctors who won't leave you seriously out of pocket.

Health funds have gap schemes under which they'll pay all, or a portion, of the medical gap.

There are two types of gap schemes for medical services:

But beware, if your doctor charges only a few dollars above the known-gap amount, you're no longer eligible to claim anything under the gap scheme, and you're back to paying the difference between the MBS-set fee and what the doctor or surgeon charges.

Health funds have agreements with particular doctors who've agreed to charge up to the threshold for some or all of their patients.  But even if a surgeon has a gap agreement with your health fund, it's up to them if they choose to use it for you.

How much will my insurer pay?

In this scenario, you live in NSW, you need a knee replacement and you're insured with Bupa. Your out-of-pocket costs will depend on whether your doctor charges a fee above the no-gap or known-gap amounts set by Bupa.

You can see in the table what happens if your doctor charges just $1 above the known-gap threshold – you're suddenly $1300 out of pocket, compared with $500 out of pocket if they'd charged a dollar less.

(A) If the doctor's fees are under the known-gap threshold (but above the no-gap threshold), you'll probably pay less than the $500 example here.

Note: This example only looks at the main item number for knee replacement surgery; it doesn't include costs for hospital, prostheses and other doctors' charges. The total cost for knee surgery is on average about $23,000 according to Medibank claims data.

Here's another way of visualising it:

No- and known-gap schemes vary between health funds – but one thing they have in common is that they're all very complicated. We chose Bupa in our example as it is one of the simpler ones to understand. (That doesn't necessarily mean it's the best though.)

Who has the best gap scheme?

While all insurers have gap agreements, there can be a big difference between what they set their thresholds at. Take, for example, a health fund's no-gap threshold for the surgeon's charge for a knee replacement, which has an MBS fee of $1318:

There can also be a big difference between health funds when it comes to the number of medical services they cover with no gap.

How much will my doctor charge?

The Australian Medical Association (AMA) argues that specialists need to charge fees above the MBS, because the government-set fee isn't adequate.

"Medicare rebates do not, and were never intended to, cover the full cost of medical services," says Dr Michael Gannon, national president of the AMA. "Combined with the fact that the government has not indexed the MBS for a number of years, and the indexation rate used is far below the increases in CPI, health inflation and health insurance premium increases, they have become even further removed from the value of a medical service, or an amount that medical practitioners should or must charge."

How much should specialists charge?

The AMA publishes a fees list for their members with recommended fees for many procedures. For example, for a knee replacement, it recommends a fee of $3920, which is nearly three times the MBS fee of $1317.80. It's also above most health funds' known-gap threshold – for example, Bupa's known-gap amount in NSW is $2609.90, which means you'd pay a gap of about $2500 for the surgeon.

Many doctors charge less than this and the AMA insists that its fees are a guide only and doctors should always charge a fair and reasonable fee, taking into account their costs and the particular case and patient.

But it does seem that patients get squeezed when doctors and health funds can't agree on what a service is worth.

And while the AMA fees seem high, they're very reasonable when compared with what a small percentage of specialists charge.

Professor Lesley Russell, associate professor at the Menzies Centre for Health Policy at the University of Sydney, points out that a specialist can charge whatever they wish. "Very few charge the MBS fee and some simply charge like wounded bulls. Some surgeons working in private hospitals are charging more than ten times the recommended fee [MBS]," she says.

What's really strange is how a doctor's fees vary for some procedures depending on the state. As an example, take a look at the average gap payment for knee surgery in the ACT compared to South Australia.

Anaesthetist costs are in addition to surgeons' fees. Read anaesthesia bills and gap fees to learn more about out-of-pocket costs.

We take a look at the no-gap threshold of some of the larger health funds for four common procedures.

If your surgeon charges up to the fund's threshold (or cap), you'll be fully covered.

The MBS fee is listed so you can see what the government-recommended fee is, but as we explained earlier, surgeons generally charge more.