We dredge up the dirt on antibacterials and ask whether bleach or natural bathroom cleaner works best. 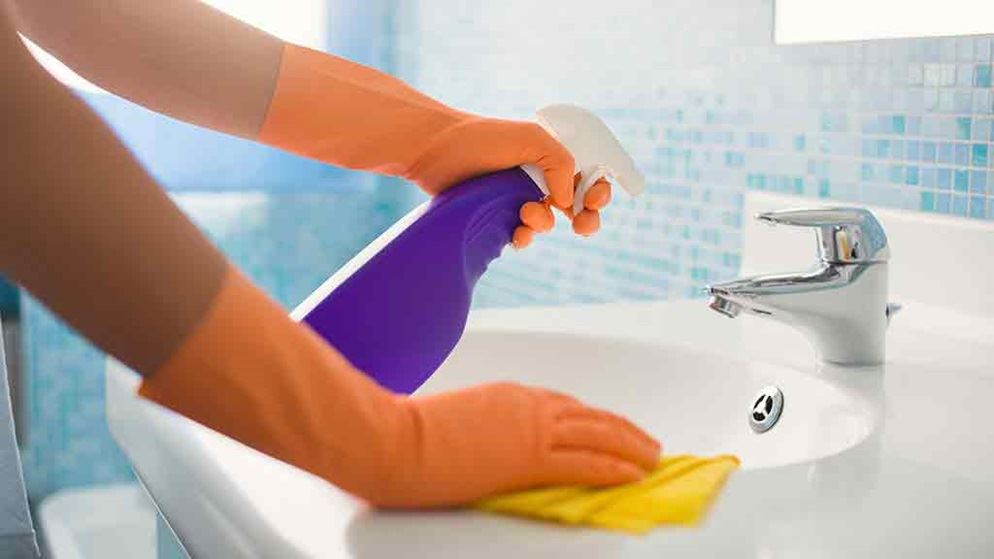 Can I check the label?

If you're worried about chemicals in bathroom cleaners, this may come as bad news: the product makers don't even have to list them on the label (but cosmetic and toiletry products, on the other hand, have to come clean about what's inside.) The better news is that bathroom cleaners generally don't have enough toxic chemicals in them to pose a health risk, at least according to the health experts we've talked to.

So, you can probably de-slime the lavatory without reducing your life span, but a recent United Nations report called for more research into the long-term effects of endocrine-disrupting chemicals (EDCs) and listed household cleaners as a possible EDC concern. And the household cleaner industry thinks better disclosure would be a good thing – to a point.

The national industry body, Accord, launched "What's in it?" in 2011 – a voluntary program that recommends companies list product ingredients on their websites, but not on the labels. Many of the household cleaning products you'll find on the supermarket shelves are participating, but some are not.


How can I find out which chemicals are in my bathroom cleaner?

If the product maker has declined to make the ingredients known, you can go to the trouble of asking for a Safety Data Sheet. It won't list all the chemicals – just the hazardous ones that are regulated by the Therapeutic Goods Administration (TGA).  At best, you can know if anything potentially dangerous is in the bottle – but you can't know everything, and you'll probably have to persist if you want the company to send you the data sheet.

You don't have to be a marketing guru to know that there's a lot of marketing hype around 'non-toxic' or 'natural' cleaning products. The problem is that the terms are used loosely. The term 'non-toxic', for instance, has no precise meaning as far as regulation goes. The other problem is that plant-based cleaners can be just as toxic as chemically-based ones.

Generally speaking, 'natural' products pose fewer risks to the environment – and potentially fewer risks to humans – if they biodegrade more quickly. But it takes more physical effort to make them work. And again, the term "biodegradable" is a bit rubbery. You can't know for sure how long a product claiming to be biodegradable will take to break down, or how much it will break down.

About a third of household bathroom cleaners sold in Australia feature bleach as an active ingredient. It can do a number on fungi and mould, but vinegar is actually the better mould killer in many cases. And bleach doesn't pose much of a threat to soap scum.

So if you're really worried about the health effects of chemicals in bathroom cleaners, skip the spray bottle, mix up your own batch, and get down on your hands and knees!

How are chemicals in household cleaners classified?