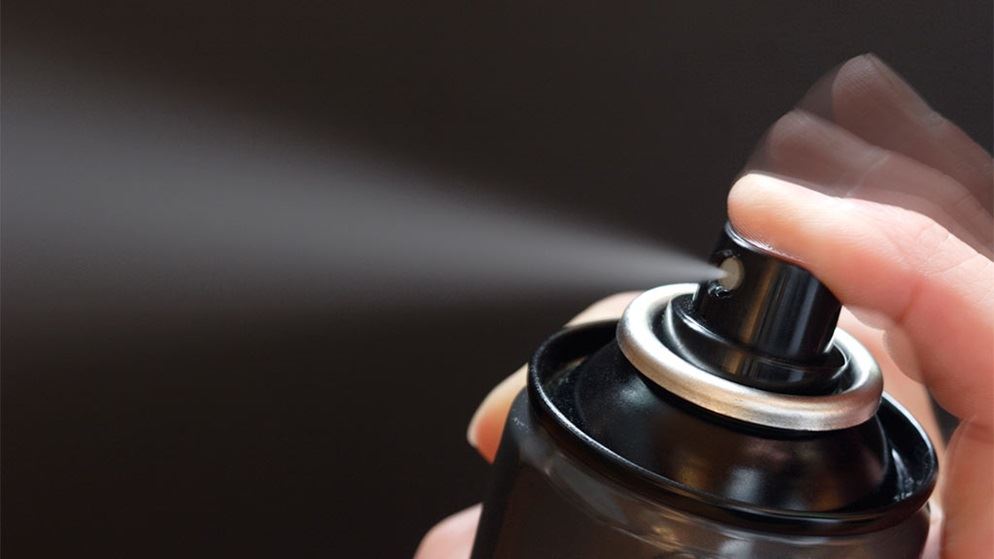 Even though the terms are often used interchangeably, there is a difference between deodorants and antiperspirants:

Generally, the higher the aluminium content, the more effective the antiperspirant at reducing sweating. Ingredients such as talc and other absorptive minerals can also help reduce the feeling of wetness. Roll-ons tend to be more effective than sprays, because they provide better coverage.

A CHOICE poll confirmed most people want to know the percentage of aluminium in antiperspirants, so we asked the major manufacturers to provide us with this information. Unfortunately, many chose not to oblige. We know that many contain about 5% aluminium. If you'd prefer a stronger product, you could consider one of the following (aluminium content percentage listed in brackets):

Are antiperspirants bad for you?

Many people are also concerned about the health effects of aluminium in antiperspirants. Aluminium is an extremely common element, found in air, water, food, medicines, utensils and many other everyday objects and substances. It's been linked with Alzheimer's disease due to its accumulation in the brain tissue of Alzheimer's patients, although it doesn't appear to cause the disease. To put the aluminium content in antiperspirants in perspective, it's estimated we eat about 5mg-20mg of aluminium per day, more than 99% of which is passed without being absorbed into the bloodstream. The aluminium content absorbed from antiperspirants has been measured at about four micrograms – roughly 2.5% of the amount that's actually absorbed each day from the gut.

As for the claim that antiperspirants are the "leading cause of breast cancer" – a decade-old scare campaign still spread over the net – this myth was debunked years ago by world health authorities, who point out there is no evidence that using antiperspirant is even a risk factor for developing breast cancer, let alone a leading cause of it. Nevertheless, if you're still concerned about using aluminium products on your skin, you could always switch to a deodorant.

Triclosan is an effective antibacterial agent used in some deodorant products. However, many GPs and scientists are calling for it to be banned from cosmetic products due to concerns about its impact on bacterial resistance and natural ecosystems as well as potential endocrine-disrupting effects. Tea tree oil and silver are effective alternative antibacterial products that we recommend.

Deodorant crystals are a popular alternative among the anti-aluminium set. They contain alum, an astringent that may help reduce perspiration by shrinking or constricting pores, and may also have antibacterial properties.

Why do we sweat?

Sweating is your body's way of dealing with excessive heat. Exercise, over-stimulated nerves (caused by anxiety or fright), fever, spicy food and external heat and humidity can all cause sweating.

Why does sweat smell?

The sweat produced by your armpit's sweat glands is rich in proteins, ammonia and fatty acids, and the warm, moist conditions are ideal for sweat-hungry bacteria. While the sweat itself doesn't smell very strong, bacteria that break the sweat down into organic compounds produce an unpleasant smell. Hair in armpits increases the surface area for bacteria, contributing to that body odour most people prefer to avoid.

What if I sweat a lot?

Hyperhidrosis is the medical name for excessive sweating, and is believed to affect about two percent of the population. People with the condition suffer in numerous embarrassing ways, including having to change clothes several times a day, feeling self-conscious when they shake hands, being unable to hold a pen properly and having damp, smelly feet. They're also prone to dermatitis, skin rashes where sweat collects in skin folds and fungal infections such as tinea. Hyperhidrosis can be a symptom of a more serious underlying condition, and you should consult your doctor if you're concerned about excessive sweating.

The first line of treatment is antiperspirant with a high level of aluminium chlorohydrate. Dermatologists recommend Driclor, which is available in pharmacies. You usually have to apply this to clean skin before bed when you're less likely to sweat, to maximise absorption.

Botox injections have been successfully used to disable nerves responsible for activating sweat glands in armpits, hands and feet. However, they're expensive (about $1000-1500 for armpits), may produce unwanted effects in other muscles (especially when used in the hands), and the sweat-reducing effects are only temporary (about six to nine months).

Surgery to reduce the number of sweat glands in your armpits, such as liposuction or curettage, removes skin containing sweat glands; this is usually considered a last resort, as is sympathectomy (destroying the nerves responsible).