Why Aussie-owned beers aren't on tap 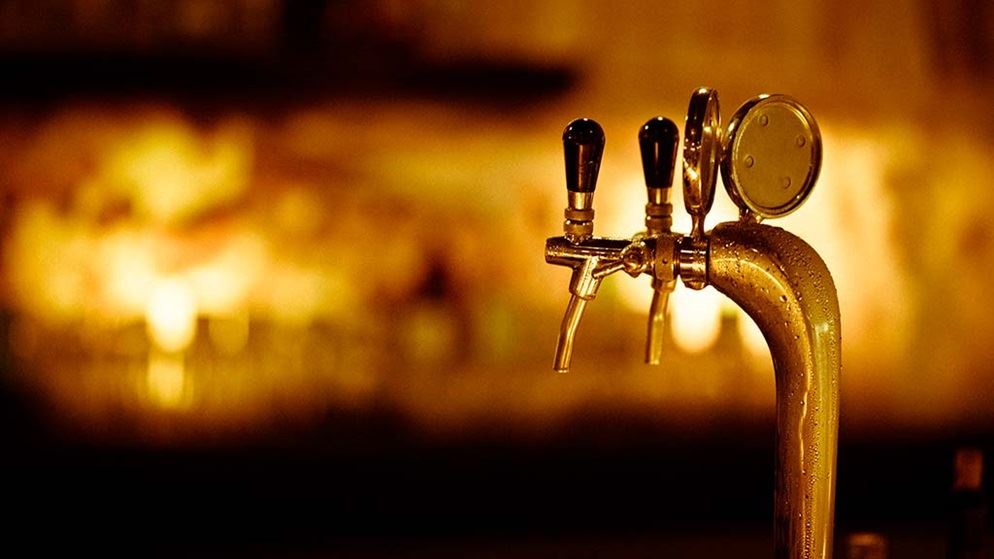 Lured away from the supermarket cacophony to the relative tranquility of the bottlo, sombre lighting reflects from the neck of a hundred brown beer bottles as you ask yourself: "Which one should I buy?"

Aussies are spoiled for beer choice and it's not just hipsters propping up a few fancy labels. IBISWorld reports there are 147 craft beer breweries nationwide, but the options are limited if you thirst for your favourite Aussie-owned brew on tap at the local.

Chances are most, if not all, the tap beer in your pub is owned by one of two international beer brewing giants: Japanese owned Kirin Holdings (owners of Lion) or the world's second largest brewer, SABMiller (owners of Carlton & United Breweries [CUB]).

In "Who owns your beer", CHOICE reported how these companies are muscling in on the growing craft beer market by guzzling local breweries such as Little World Beverages, the brewer of Little Creatures, or re-sticking labels like Byron Bay Pale Lager and pretending it's a local Byron Bay brewed beer (it's not).

The tactics of the big brewers caught the eye of the ACCC, which is investigating the inner workings of the wholesale supply of beer and the impact this has on what's on tap at your local pub.

Jaron Mitchell of local Aussie brewery 4 Pines Brewing told CHOICE it's not uncommon for the big brewers to offer more money or rebates to publicans for access to 80% or even 100% of pub taps. A contract for the supply of tap beer, obtained by CHOICE, demands exclusive access for the SABMiller owned Fosters Group with terms like:

"The Customer agrees that at the venue:

Foster's will be the exclusive supplier of all Light Strength (<3%ABV) Draught Beer;

Foster's will be the exclusive supplier of all Low Carbohydrate Draught Beers;

Foster's will be the exclusive supplier of all Domestic Premium and Sub-Premium Draught Beers;

Foster's will be the exclusive supplier of all Imported Draught Beers;

Foster's will be the exclusive supplier of all Specialty & Craft Draught Beers;

Foster's will be the exclusive supplier of all Draught Spirits & Cider."

Now that's what you call exclusive. In another contract, CUB offers the publican a pre-paid rebate, but demands an "Exclusive renegotiation period" and "First and last right of refusal" at the end of a three-year contract or specified number of litres. But the number of litres can be 15–20% greater than the volumes the venue is selling so the contract will run longer than three years.

CUB, the beverage arm of Fosters Group, didn't respond to CHOICE's request for comment before publishing.

On the topics of the supply of draught beer and exclusive contracts, CUB's competitors Lion said: "Lion can confirm it has cooperated fully with the ACCC in relation to its enquiries into the Australian draught beer market, however it would be inappropriate for us to make further comment at this time."

What's wrong with that?

It's likely to be contract terms like this that have caught the attention of the ACCC and called into question whether such behaviour lessens competition for the supply of draught beer. Former ACCC chairman Allan Fels reportedly told Fairfax: ''The general approach is if exclusive dealing cuts competitors, especially if it forecloses markets and keeps competitors out, it is generally unlawful''.

Columnist Adele Ferguson outlines in the same article that exclusive contracts in hospitality are not illegal and not uncommon, pointing to the examples of cafe's selling only one brand of coffee beans and beauty parlours tied to one brand.

But Mitchell points out to CHOICE that any one supplier of coffee beans has only minimal market share, while the two main players in beer dominate the industry. Indeed, IBISWorld reports the largest player in coffee bean distributors has just over 8% market share with its largest competitors controlling only 5% and 4% of the market respectively.

Contrast that with the beer manufacturing industry where, according to IBISWorld, 83% of revenue in Australia flows to behemoths Kirin and SABMiller. The competitiveness of exclusive contracts may well be called into question for companies with that kind of market control.

What should be done?

David Hollyoak, founder of Redoak brewery and Chairman of the Australian Real Craft Brewers Association, told CHOICE "the big brewers have stifled the Australian beer market for many decades and they've done it by locking up the taps".

As Shawn Sherlock, former head brewer at Murray's Brewing Company, told CHOICE last year, a common experience is that a big brewer sales rep notices an independent craft beer on the tap and – several new umbrellas for the beer garden later – the independent's beer has been bumped off the tap in favour of the big brewer's craft beer line.

Hollyoak points out that inducements in the US such as rebates, bonuses, and gifts to publicans are considered unlawful practices under the commercial bribery section of the Federal Alcohol Administration Act. Under the same US law, Hollyoak says, "a trader can't have a contract for a single tap let alone for the majority or all the taps".

IBISWorld reports the craft beer craze in the US, where there are 2619 craft beer breweries, has been on a similar upward trajectory as Australia's. And, like in Australia, international conglomerates flex their brewing biceps by marketing their own craft-like beers, such as Millercoors' (50% owned by SAB Miller) 'Blue Moon' and Anheuser-Busch InBev's 'Shock Top'.

These beers, produced by giant corporations but marketed as independent brews, are known in the US as crafty beers for their sneaky, misleading labelling.

But where the big brewers in Australia have almost a 50% share of the craft beer market, consumers have more choice in the US, where the giant corporations are left to pick up the scraps left by independent brewers such as the Boston Beer Company and Sierra Nevada.

However, both Hollyoak and Mitchell say that more taps are opening up to craft brewers in Australia. Mitchell says the 'contract' mindset of publicans is gradually changing, especially among publicans for whom food and beverage are more important to their business than gaming machines. This small renegade brigade of publicans, Mitchell says, "basically tell the big brewers to get jammed" – while Hollyoak says that, despite taps opening up, there's still work to be done to get local Aussie craft beer into the pubs.