Preservatives in wine and beer

Are preservatives and by-products to blame for hangovers and other adverse reactions? 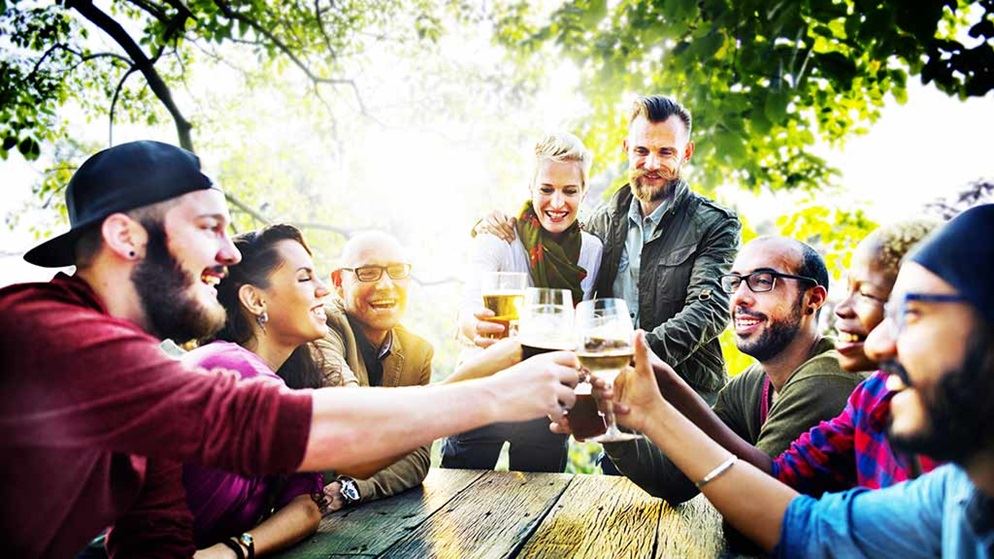 Preservatives may be getting a bad rap

The perception that preservatives in wine and beer cause headaches and bad hangovers has led to a growing market in preservative-free beers and wines. But experts say it's most often just the alcohol that's doing the damage, and it's unclear whether preservatives cause other discomforts outside of a run-of-the-mill hangover.

We investigate the role of preservatives and by-products such as tannin, sulphites and histamines in your favourite tipple.

Are additives and by-products in alcohol harmful?

Sulphite preservatives (E-numbers 220-228) such as sulphur dioxide (E220), for instance, are often added to wine and beer to increase shelf life, reduce bacterial spoilage and help reduce undesirable aromas, flavours or colours that are produced during the fermentation process, and some people prefer to avoid these additives.

Dr Creina Stockley, clinical pharmacologist and Health and Regulatory Information Manager at the Australian Wine Research Institute, says research has shown that sulphites are only really a problem for a very small proportion of the population – such as asthmatics who have a sensitivity or allergy to sulphites.

"Sulphites in alcohol are very low compared to other food products and are unlikely to cause a reaction in most people," says Dr Stockley.

Another adverse-reaction suspect is histamines, which can be a by-product of some microbial processes in wines, says Dr Leigh Schmidtke, Senior Lecturer in Wine Microbiology & Production at Charles Sturt University.

For some people a reaction to histamines could be a cumulative problem caused over the course of a day, says Stockley.

"People can eat a range of foods high in histamines such as spinach or tomato, then at the end of the day have a glass of wine containing small amounts of histamines and think it's the wine that gives them a reaction. Histamines are also found in some foods such as salami and sauerkraut, but whether an adverse reaction occurs really comes down to the individual."

Then there's the question of tannins – but once again it seems they're not to blame for alcohol-related regret. "Tannins are unlikely to cause an adverse reaction," says Dr Schmidtke. "They come from the skin and seed of grapes and give body and texture to wine. Red wines are often high in tannins but they also are generally higher in alcohol, which could be the problem."

Other additives you might find in in wine are fining (processing) agents which are used to refine colour, odour and taste. They include gelatine, isinglass (derived from fish), egg white (egg albumen), casein (milk protein), skim milk, bentonite (a fine clay made of aluminium-silicate), carbon and polyvinylpolypyrrolidone (PVPP), a synthetic polymer.

These substances are largely removed through filtration during processing, but very small residual amounts can remain in the wine. As potential allergens, egg and milk products have to be declared on the label, but isinglass does not have to be declared when used as a clarifying agent in beer and wine. In any case, there's no evidence that it contributes to hangover pain.

Our experts taste popular craft beers from Coopers, Matilda Bay, Little Creatures and more, to give you a heads up on the best craft beers.

While the jury's out on additives and preservatives causing hangovers, there's some evidence that congeners, by-products of yeast fermenting, can make hangovers worse.

Congeners, such as polyphenols and stronger alcohols like methanol, add colour and flavour to alcohol and differ between drink types. Darker drinks, such as red wine, bourbon, brandy and whisky, are also generally higher in congeners than white wine and vodka.

While it's hard to point the finger at what causes a hangover other than drinking too much, there's thought to be a correlation between hangover intensity and congeners. One notable experiment showed bourbon, which has a high level of congeners, produced a more severe hangover than vodka.

Other research concluded that alcoholic drinks that contain more congeners produce more hangovers and that it takes fewer high-congener drinks to get a hangover. It's also suspected that mixing different drinks could make you feel worse because you are getting a variety of different congeners.

If you're concerned about chemical additives and preservatives, certified organic, biodynamic and preservative-free wines are an option. However, Duncan Harris from Harris Organic Wines says there's a misperception that all organic wine is free from preservatives.

"Australian Certified Organic is aligned with the European standards which allow there to be sulphur dioxide added to organic wine at about half the level of conventional wine," he says. "There are some organic wines made without any sulphites, but it's not common as it requires a high technical capability." In the US, certified organic wines must have no added sulphur dioxide.

"Even if sulphur dioxide isn't added there may be low levels in wine produced naturally during the fermentation process," adds Harris. "So 'preservative free' labels should really say 'no added preservatives' as they can contain less than 10 parts per million (ppm) or in some cases less than 4ppm of sulphur dioxide." ​

Alcohol also acts as a preservative, so the higher the alcohol level, the less need for preservatives to inhibit microbial growth. The high alcohol content of spirits ­– around 40% compared to white wine at 11.5% or full strength beer at 4.8% – can mean fewer preservatives.

You can also now buy a range of preservative-free beers which are pasteurised after bottling to kill any bacteria, removing the need to add sulphites. And for people who react to gluten, some Australian companies, such as Rebellion Brewing in Victoria, are now making gluten-free beers.

What causes a hangover?

It turns out that alcohol is a complicated liquid, so determining causality when it comes to adverse reactions is a bit of a guessing game. There are lots of variables.

"The fermentation process to produce alcohol naturally causes the production of many types of compounds, called congeners, so it's hard to pin down whether an individual is reacting to any one particular compound in alcohol," says Dr Schmidtke.

Some point to cheap wine as a source of unpleasant after-effects, but Dr Schmidtke says price is not a reliable indication of wine quality. And what's in poorly made wines may not have an effect on how you feel the day after.

"Makers of high-quality wine make a lot of effort with the process of wine making," he explains. "Some low-quality wines do have higher amounts of preservatives and may be made from lesser-quality grapes. The processing is different and the wine may have more sulphur dioxide."

However comforting it is to blame additives and by-products for day-after pain, the general consensus among experts is that the main culprit for alcohol-related suffering is drinking too much.

Drinking heavily, drinking quickly and drinking on an empty stomach all contribute to a higher blood alcohol level, which means more intoxication and a greater risk of alcohol-related illness and hangover.

One size doesn't fit all…

"The effect of alcohol on people also comes down to the amount consumed and the individual's physiology," says Dr Stockley.

Variables include your age, liver function and your effectiveness at processing alcohol. Men have more liver enzymes for processing alcohol than women, while larger people have more body mass through which alcohol can diffuse. Even your mood or the medications you take can affect how quickly alcohol is absorbed and metabolised in your body.

"There is also a genetic component," says Stockley. "Inherited genes can dictate the speed at which alcohol breaks down. People with the slow metabolic gene can end up with higher blood alcohol levels than those who process faster."

"The body can only break down about one standard drink per hour, but many people are not aware of what a standard drink is," says Lisa Renn, an Accredited Practising Dietician and Spokesperson for the Dietitians Association of Australia.

A standard drink in Australia contains 10g of alcohol. Depending on the strength of the drink, this could be a 30ml shot of spirits, 375ml bottle or can of mid-strength beer, or 100ml of red wine.

However, things can get tricky at a restaurant or pub, where a glass of wine or champagne is usually 150ml (or 1.5 drinks) and a 375ml bottle or can of full-strength beer is 1.4 standard drinks.

Your pour of wine at home may also be more generous than at the local café,­ so your consumption can sneak up on you.