Our experts taste popular craft beers from Coopers, Matilda Bay, Little Creatures and more, to give you a heads up on the best brews. 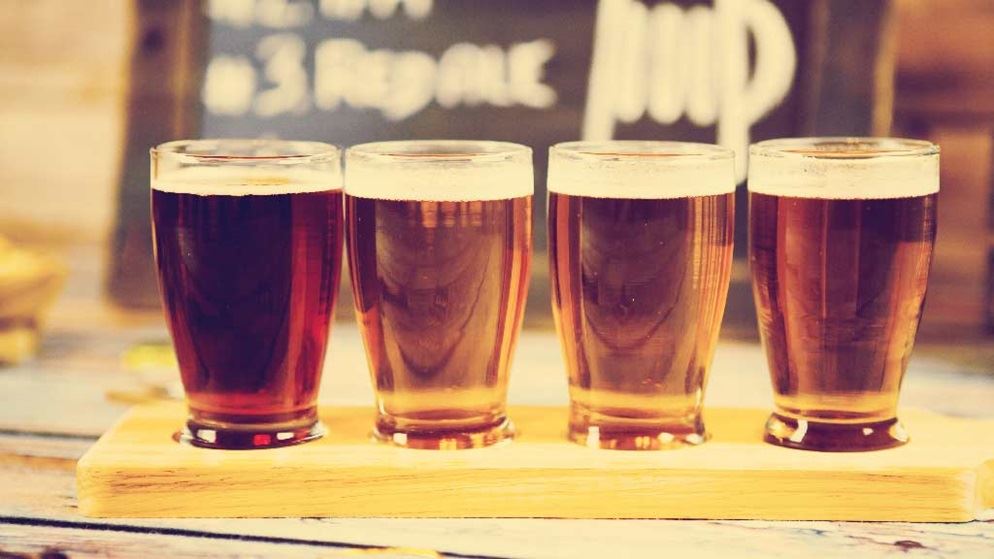 Hop on the craft beer wagon

With the current global consumer trend for traditional, seasonal, locally sourced products, craft beer has an obvious appeal. It's generally produced in small batches to unique recipes and the breweries can have strong regional ties.

And the craft beer market in Australia is certainly booming, despite overall beer consumption declining in recent years. There are now 248 businesses in Australia producing and bottling craft beer, reports IBISWorld. Craft beer industry revenue is forecast to increase by 5.7% this year, which would deliver annual total revenue of $376.7 million.

If you're new to the craft beer market, choosing from the hundreds of products available can be overwhelming. Sure the beers are enticing, with their funky labels, catchy names (Angry Man, Fat Yak, One Fifty Lashes, Feral Hop Hog) and claims such as "the pioneers of craft brewing" or "brewed offsite under the close watch of Goats". But which ones taste amazing?

An introduction to craft

If there's a microbrewery at the end of your street supplying freshly produced beer to your neighbourhood pubs, chances are you won't need to venture far to get a great tasting craft beer. But even if you're not so lucky, national liquor retailers devote whole aisles to craft beers, so that perfect brew may be as close as your nearest bottle shop.

We set out to help you get off to a good start. Using craft beer bestseller lists from liquor merchants we pulled together a shortlist of 35 of the more popular brews, with an emphasis on styles of pale ale – the most popular category of craft beer in Australia.

We included some major brands such as Little Creatures, Matilda Bay and Coopers, as well as products from smaller, independent brewers, with prices ranging from more than $20 for a four-pack (Moo Brew) down to just $9 a six-pack (for Aldi's Storm Brewing Co. Pale Ale).

We served them up to our team of industry experts in a blind taste test, where they assessed appearance, aroma and flavour and gave each sample a score out of 20.

Taste-testing beers may sound as much fun as happy hour at your local, but it's also serious business. Not only did our judges get to taste beers worthy of industry medals, they had to wade through some far less enticing produce, such as the sample which prompted this comment from one of our judges: "Is this the trick one where light beer has been mixed with lemon dishwashing liquid?"

While we can't claim to have covered every product on the market – we've left the taste-testing of beers at your local niche brewery up to you – the following list of top-scoring beers should make a decent starting point on your craft beer journey. And for more seasoned craft beer drinkers, they're worth trying if you haven't already.

The following beers received the highest average scores (out of 20) from our panel of experts. 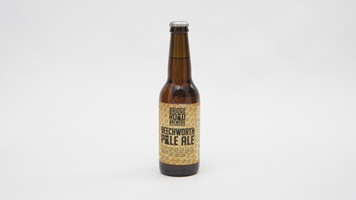 "Smashable with plenty of flavour, nicely in balance"; "Good hop-forward pale, lots of character, good drinkability"; "Nice fresh hop aromas, looks great"; "This is what I would consider summer is in a pale ale. Great, refreshing beer. Good for the beginner to the advanced craft beer drinker"; "Good hop qualities (aroma, taste, bitterness). This beer is fresh and would be easy drinking." 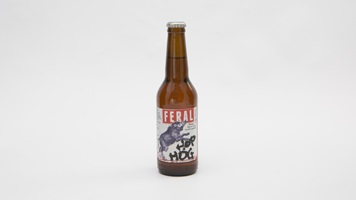 "West Coast style with aroma and bitterness dominating, just a bit light"; "Citrus notes in the aroma. Big bitterness, but no malt character to back it up"; "Good hop aroma, nice lingering bitter finish. Would like to see more malt. A well-made beer"; "One of the more flavoursome beers to be enjoyed today"; "Fresh hop aroma, new world hops, piney, resin." 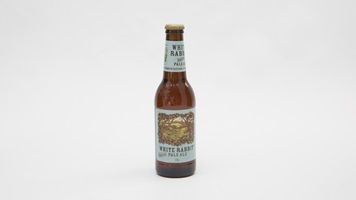 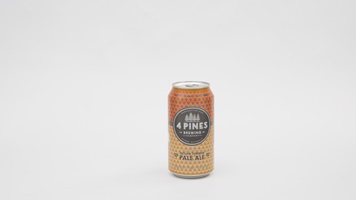 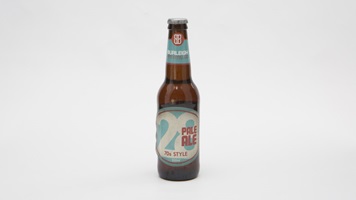 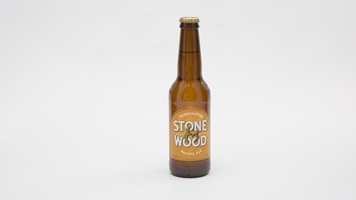 What our average Jo(di) preferred

To balance out the more refined and finicky palates of our experienced judges, we threw CHOICE staffer (and craft brew fan) Jodi Bird into the deep end to give us a layman's perspective on the beers on offer. While he enjoyed some similar products to our experts, it was interesting to note that his three top scoring beers, James Squire Hop Thief American Pale Ale, MOA Session Pale Ale and Mountain Goat Organic Steam Ale, didn't make it into the experts' top picks, and a couple of his least favourite beers (4 Pines Indian Summer Pale Ale and Stone & Wood Pacific Ale) did.

While there's currently no agreed definition of craft beer, it's fair to say that you'd expect 'craft' to mean beer produced in small batches to a traditional recipe. You might even add to this that the brewery should be independent, with no ownership or control by a multinational brewer. The Craft Beer Industry Association, the industry body for craft brewers in Australia, defines a craft brewer as one based in Australia producing less than 40 million litres of beer per annum.

In reality, many beers sold as 'craft' wouldn't meet these expectations. While many craft breweries start off small-scale and selling to a niche market, an increase in popularity can see them team up with a larger brewery in order to create larger batches (with the cost benefits of a big-scale operation) and to penetrate export markets. And many successful microbreweries are acquired by multinationals, which begs the question: can they still be considered 'craft'? No, according to one of our judges: "If what's on the shelf is driven by the marketing department, it's no longer a craft beer."

Despite the proliferation of small breweries, multinationals dominate Australia's craft beer market. Lion (owned by Japanese beverage giant Kirin Holdings) has the lion's share of the market at 49.7% according to IBISWorld, with a portfolio that includes well-known brands Little Creatures and James Squire. And UK-based SABMiller (trading as Carlton & United Breweries) and Japan-based brewery and soft drink company Asahi have 8.3% and about 5% market share respectively, and own brands such as Matilda Bay and Mountain Goat.

Coca-Cola also has a piece of the action, investing in the Casella-owned Australian Beer Company which produces craft beer brand Yenda. And even retailers Coles, Woolworths and Aldi produce their own 'craft' beers, under their Steamrail, Sail & Anchor and Storm Brewing Co. labels respectively.

So if it's important to you that you're supporting a small, independent brewery, check who owns your craft beer. Owners of the beers we included in our taste test are listed in the table.

How fresh is your beer?

Age can affect beer, and not always in a good way. While some beers can be cellared and improve with age, many – in particular hop-driven styles such as pale ale – will taste at their best when fresh, so ideally should be drunk as close to the date of brewing as possible. So how can you tell how old your beer is?

Most beers have date markings stamped either on the neck of the bottle or on the label. Some provide 'bottled on' dates, but usually it's a 'best before' date which doesn't reveal how recently the product was brewed. There's no mandatory minimum shelf-life requirement so a best before date could be as little as six months or as much as two years from brewing. A best before date of 12 months from brewing is pretty standard, however, so if the best before date on your beer is just a few months away, chances are it was brewed about nine months ago. And some products carry no date marking at all.

Beer is also affected by light and heat, so if it's been transported and stored in less than ideal conditions, its quality will suffer. Avoiding significant temperature fluctuations and storing beer at 10–15°C is ideal.

To have every chance of drinking a beer when it's at its finest, buy from retailers that you trust have good storage practices, and look for products with a best before date as far ahead as possible.

We tested 35 beers, ranging in price from more than $20 for four bottles down to $9 for six. We've listed them below in alphabetical order. To order by another criteria, simply click on the column headings.

The tasting notes for our experts' top storing beers can be great as a guide, but don't worry if your favourite craft beer isn't one of their top picks. Obviously taste is subjective, and like Jodi, you may find that your preferences don't necessarily match those of our judges. If that's the case, we encourage you to venture out and try other brands and styles to find which beers suit your palate.

(A) Beer brewed and bottled at various locations around Australia.

(B) Brewed in Camperdown and Geelong.

Products We selected beer from the list of top-ranking craft beers as nominated by distributors that are members of the Liquor Merchants Association of Australia (supplied to us by Allied Liquor Merchants) and the list of 'craft beers' sold through Dan Murphy's (sorted by 'most popular' on its website), Australia's largest alcohol retailer.

Buying We bought beers from retail outlets as a member of public would, meaning that – like consumers – we had no control over how the products had been transported and stored up to that point, or how fresh the product was.

Tasting Beers were poured into tasting glasses behind a screen, then served to experts in flights of five identified only by numbers.

Scoring Expert tasters independently gave the beers a score out of 20, taking appearance, aroma and flavour, mouthfeel and finish/aftertaste into consideration. The overall score is the average of all five experts' scores.

Prices Prices are those advertised by popular online liquor merchants on 24 February 2016. Price per 100mL is calculated from the price of a 4- or 6-pack as sold. There can be big price variations, so it's worth shopping around and keeping an eye out for specials.

As owner of Dave's Brewery Tours in Sydney, Dave Phillips spends most of his days getting people behind the scenes of beer and brewing, so he understands what makes a good beer. Dave also works at a number of Australia's leading beer awards.

Liam Pereira has worked in the craft beer industry for over 10 years. His experience ranges from managing craft beer bars and bottleshops to running beer and food matching and beer education classes. He currently works at CHOICE's local craft brewery, Batch Brewery, and with Dave's Brewery Tours.

Richard Kelsey has been working in the beer industry for more than seven years. He is co-owner of leading craft beer retailer Beer Cartel, home to over 1100 craft beers from Australia and overseas, and plays a major role in the curation of its highly regarded craft beer range.

Fifteen years ago Sam Füss entered the brewing scene via Little Creatures in Fremantle, WA. Since then she's headed up breweries such as Gunn Island and True South in Melbourne and Schwartz in Sydney. These days you'll find Sam hanging out at Young Henrys as head brewer at their ever-growing home in Sydney's Newtown.

William Wilson, one of the first certified sommeliers in Australia, started his career in Edinburgh's real ale pubs 30 years ago. He most recently put his beer experience and passion to good use by opening Cammeray Craft, a craft beer-focused restaurant and bar in Sydney.