Being GI smart can help with diabetes and weight loss. 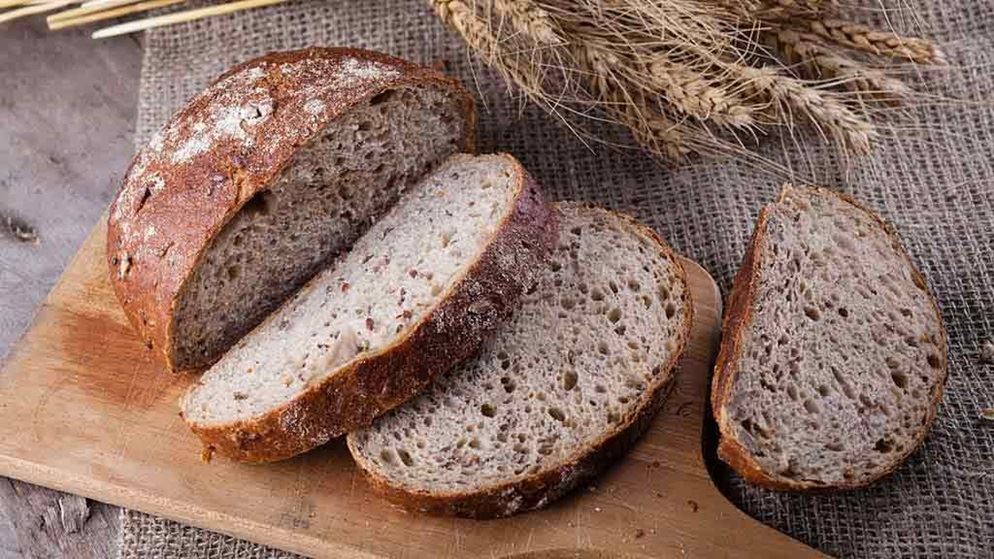 Eating at a food label buffet?

Apart from the nutritionists and dietitians among us, no one's got time to read every food label on the supermarket shelves – even some of the professionals would struggle. Low fat, high fibre, low carb, low sugar, high protein, low GI – the list seems to go on and on, and it can be difficult for people to separate the wheat from the chaff, so to speak.

But while some labels aren't worth the plastic they're printed on, a glycaemic index (GI) logo can make all the difference if you have diabetes or pre-diabetes. So what exactly is GI, how is it measured, and who should look out for it?

GI is a measure of how the carbohydrate in a food affects your blood glucose levels as it's digested, absorbed and metabolised. They're ranked by comparing the effect against pure glucose. If this happens quickly, there's a rush of glucose into the bloodstream followed by a quick fall – that's usually caused by foods that sit higher on the GI scale. On the flipside, lower GI foods create a slower and gentler rise and fall in blood glucose.

It's this slower rise and fall in blood sugar that's led to the claims low-GI foods give you longer-lasting energy. They keep blood sugar at a moderate level for a longer time than the sharp peak and fall of high-GI foods. Don't confuse this with your personal energy levels or your 'get-up-and-go': the two things aren't the same.

There are three ratings for GI:


The gold standard for measuring GI uses real people: a group of volunteers are each given 50g of glucose and the effect on their blood sugar over the next two hours is measured.

The GI result for glucose is given a value of 100. The same people are then given a serving of the test food, also containing 50g of carbohydrate. The effect on their blood sugar this time is compared with the first test, and the GI is calculated from the average of all the volunteers.

This is a complex process and there are only a few Australian laboratories that can do this type of testing.

Who should be eating low GI?

We all need to watch the GI of our day-to-day diet, but there are a few groups that it's essential for:

This is where your blood sugar is higher than normal, but not high enough to count as diabetes. Healthy eating – especially low-GI foods - can improve blood sugar levels and reduce your risk of developing full diabetes.

People who are overweight

While not all the experts are convinced, there's evidence that lowering the overall GI of your diet by eating low-GI foods may help you lose weight. That being said, some food that's low GI could be high in kilojoules, so don't rely on it alone.

Low-GI foods give a less dramatic and more sustained blood sugar release, so some people may find that low-GI snacks are useful to get them through between meals.

GI claims appear on all sorts of carbohydrate foods; some labels simply say low GI, while others give a GI test figure. There's no food standard that specifically covers the GI labelling of foods, so you really have to trust the manufacturer's claims.

One way to be sure of a product's GI is to look for the Low GI Certified symbol. Foods with this symbol must also list the exact GI figure near the nutrition panel. To display this label the GI will have been reliably measured and must also meet other nutrition criteria, depending on the type of food. The food must also be a healthy choice in its category.

The GI symbol is a nonprofit program founded by the Juvenile Diabetes Research Foundation and the University of Sydney. Companies pay a licensing fee to be part of the program and use the logo.

So will a low-GI diet help me lose weight and fight flab?

It might. A 2007 Cochrane review of the scientific evidence on GI and obesity found overweight and obese adults on low-GI diets lost on average 1kg more than those on conventional weight-loss diets. Not only did they lose more weight, they also lost more body fat and had greater improvements in their cholesterol levels as a result.

Two of the studies examined didn't control how much the dieters ate, but advised them to choose low-GI carbohydrate foods and include protein and healthy fats at each meal and snack. They were allowed to eat and snack when they were hungry – restricting kilojoule intake was not a primary concern.

The results from these studies led the authors of the Cochrane review to conclude low-GI diets work as well as or better than conventional diets even when the amount of food eaten is not restricted. That's because low-GI foods seem to fill you up more and satisfy you for longer.

But not all experts agree...

While many high-profile scientists are enthusiastic about the potential for low-GI diets in weight loss, there's some disagreement. Some scientists believe the evidence still has a considerable way to go before it's proven, citing other studies that found little or no difference in weight loss between low-GI and traditional low-fat diets.

There have been some large studies completed since the 2007 Cochrane review that didn't find an effect, sparking further debate. And some studies suggest that any effect may be significant only in certain types of people. As with most diets, there's no simple answer and more research is needed to identify the real benefits, and what happens long term.

You can search the University of Sydney's GI database for exact GI values of foods, but see our quick guide to common foods below for a rundown.

Potatoes aren't all created equal. Most are high GI, with some like desiree and mashed pontiac right up near the top of the GI scale. But Carisma potatoes are low GI, with a rating of 55.

When starchy foods are cooked, the starch grains absorb water – the more they absorb, the easier the body finds it to get to the starch, and the higher the GI. So while most pasta falls into the low GI category, al dente pasta is even lower.

Different varieties of rice contain different types of starch, which is why jasmine rice is very high GI, while basmati and other rices high in amylose starch are medium.

Breads are mostly high. In both regular white and wholemeal breads, the grains are ground and the outer coating of the grain is broken, so digestive enzymes can get to the starch easily. Very grainy multigrain bread and sourdough loaves are lower – it's the acidity of traditional sourdough bread that results in lower GI. You can also buy specially developed low-GI white breads.

Most vegetables don't contain much carbohydrate, so their GI is negligible. The exceptions are starchy vegetables like potatoes, carrots, parsnips, sweet potato, pumpkin and corn.

At 65, sugar is actually only medium GI. This is because each molecule of table sugar (sucrose) is made up of one molecule of glucose (which contributes to the GI) and one of fructose. The fructose heads straight to your liver for burning and doesn't change your blood sugar level. Even though many sugary foods have a moderate or even low GI, it doesn't mean they are the best diet choices – sugar adds kilojoules but no valuable nutrients.

Fresh fruit is generally low GI, although a few such as cherries, apricots, pineapple and rockmelon are medium range. The notable exception is watermelon, which has a high value. Dried fruits are mainly low or medium.