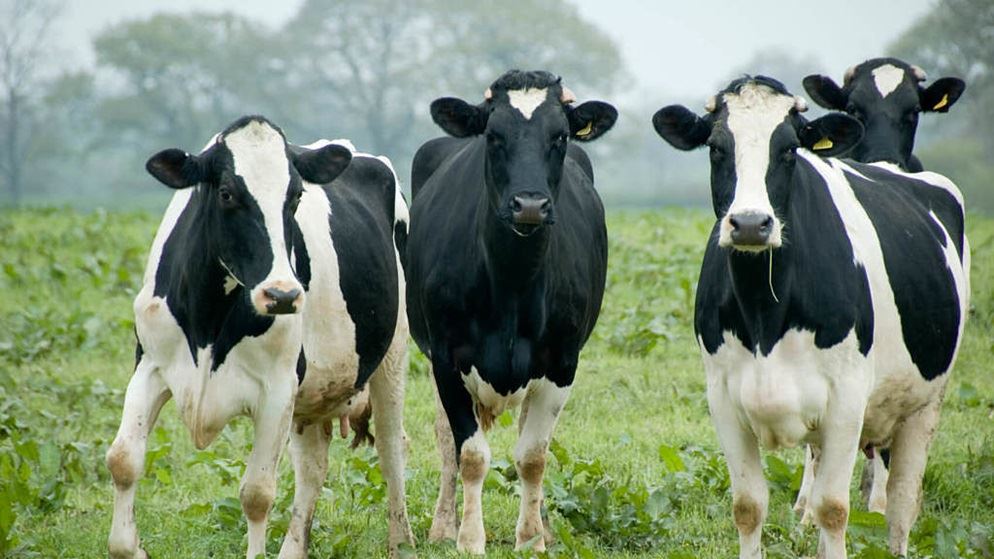 The struggling dairy industry has been thrown a lifeline by Australian consumers, who are turning to more expensive branded milk in droves. In recent months the market share for supermarket private label milk has plummeted, as a result of a boycott of cheap milk.

A chart shown at a meeting between farmers and industry group Dairy Australia earlier this month appears to show a dramatic drop-off in private label fresh white milk sales. The start of the decline corresponds to the announcements in May by Murray Goulburn and Fonterra that they would slash the prices they paid farmers for their milk.

Street protests followed, as did consumer boycotts of dollar-a-litre private label milk, deemed by many to be a cause of the current crisis. This is despite the fact that only 10% of the milk produced in Australia is sold as fresh milk, and that the price farmers are paid is influenced more by global conditions than the domestic market.

Join our campaign to get better information from major milk processors about where your money goes.

Within two weeks, private label milk had moved from being almost 65% of all supermarket sales by volume, to being on par with branded milk. For a couple of weeks branded milk – such as Dairy Farmers, Pauls and Pura – was coming off the shelves at a quicker rate than the supermarket's own brands.

Dairy Australia confirmed the chart was accurate, but declined to provide CHOICE with the raw data it was based on, saying that the information was commercial-in-confidence with their data provider, and that it had been tweeted by a farmer without their knowledge.

Despite the mix-up, the group welcomes this as good news for dairy. "We knew there had been a consumer response, but to see the sales figures behind it is really good news for the industry," says Charlie McElhone, Dairy Australia group manager, trade and industry strategy.

Research by Dairy Australia has shown that many consumers are concerned about what cheap milk means for the the industry. "There's been a perception in the community of the angst the industry's feeling about one-dollar milk, and now there's been a catalyst to change behaviour."

McElhone is cautiously optimistic about whether the market shift is a new normal, or just a temporary spike brought on by consumer awareness. "Dairy issues are still in the media, meaning people are more conscious of them at the moment," he says. "The sentiment [to buy branded milk] is out there, but how long that's going to be retained for is yet to be seen."

Consumers have moved to branded milk in the hopes that more of their money will make its way to dairy farmers, many of whom are currently selling their milk for less than the cost of production.

Australians buy just over 1 billion litres of fresh white milk from supermarkets each year. Since the milk price wars began in 2011, private label milk has usually made up about 60% of that market, fluctuating within a few percentage points either side. Branded milk, with retail prices on average 90% more per litre, made up the rest.

The sudden shift toward branded milk means an unexpected revenue injection into the industry. Analysis by CHOICE has estimated that Australians will spend an extra $113.7 million on fresh white milk in the next year, if branded and private label milk continue to sell in equal volume. Some of this will go to supermarkets, and the rest will go to the processors.

At the end of the day, says McElhone, buying branded milk is better for the industry as a whole, as there are greater margins for processors in branded milk than for private label. "Dollar-a-litre milk sales are not necessarily negative in isolation. But it is the impact they have on the competitiveness of the more profitable company branded milk sales where the private label pricing policy hurts."

Read more: What $1 milk really means for the dairy industry.

Boycott may not end with payday for farmers

Whether any of this extra revenue will actually trickle down to farmers remains to be seen.

If a processor bottles milk for a supermarket's private label as well as their own branded product, they pay their farmers the same regardless of where the milk ends up. If overall milk consumption remains the same – that is, if consumers don't buy more milk, just purchase a more expensive variety – then there will be no extra demand from farmers for their raw milk.

It will be up to the processors to decide whether to pass on this revenue bump, for example in the form of a slightly increased farmgate milk price. While the extra money spent on milk may be small change when considering the size of the whole industry, if processors simply absorb this increase then the consumer boycott will have done little more than provide moral support to farmers.

"Consumers are making decisions based on an assumption that they are helping Australian farmers. We want the big brands to be honest to help consumers make informed decisions in the supermarket."

CHOICE has called on major milk processors to make clear whether they intend to pass on any of the extra revenue they have earned as a result of the boost in branded sales. On average, the farmgate milk price is about 36% of the retail price for fresh white milk. Industry-wide, CHOICE has estimated that dairy farmers should see an extra $41 million over the next year.

"Consumers deserve better information," says Mr Godfrey. "Many people are buying more expensive milk to support farmers. We want milk processors to tell us where the additional money is going so that consumers who care about farmers can shop with confidence."