What $1 milk means for the dairy industry

Unbottling the mysteries around the cost of milk. 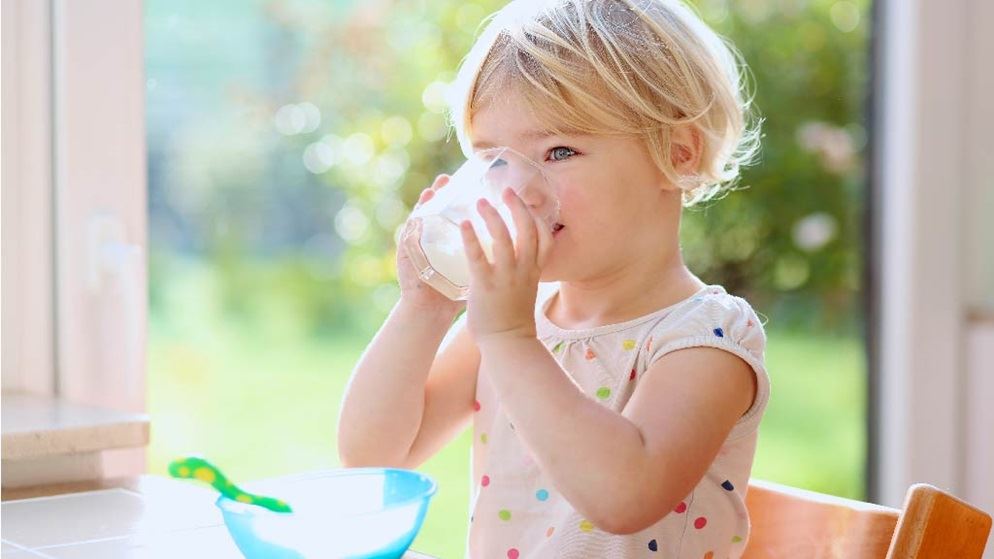 The Australian dairy farmer is back in the public eye after two of the country's biggest processors made devastating cuts to the price they pay farmers for their milk, causing havoc across the industry. The crisis centres on reductions to the farm gate milk price (FMP) – the price farmers are paid for their raw milk (see below for more about the FMP). Processors Murray Goulburn and Fonterra said that they had to retrospectively cut their prices by more than 10% in order for their businesses to remain competitive, and then further reduce them for the new season, which began on 1 July.

Supermarkets typically sign contracts with processors to supply their stores with house brand (also called private label) milk in individual states. The processor buys the milk from farmers, then processes, packages and delivers it to the supermarkets along with their own labelled brands: well-known names like Devondale, Dairy Farmers and Pauls. A processor that supplies Coles private label milk in one state might supply Woolworths in another.

Who are the players?

When a processor supplies milk to a supermarket private label, they source the milk from the same farms as their own branded products. The milk goes through the same processes in the factory. When it comes to full cream milk, at any rate, there's no real difference between the two.

How much do the farmers get paid?

The farm gate milk price (FMP) is the amount the processor pays the farmers for their milk. A farmer gets paid the same regardless of whether their product becomes drinking milk, yoghurt or milk powder. But beyond that, just about everything else is variable, and it's not always clear exactly how much money the farmer is getting for your litre of milk. Even farmers have trouble figuring out the complex payment systems.

"Dairy processors send letters to all their suppliers to let them know their opening milk prices, but these are far too complicated for anyone to decipher," Adam Jenkins, president of United Dairyfarmers of Victoria, said in June.

In fact, most farmers don't get paid by the litre. In Victoria, South Australia and Tasmania – home to nearly 80% of the country's dairy farms – suppliers usually get paid according to the fat and protein content – or milk solids – in the milk. This reflects the fact that the southern district has traditionally been linked to the commodity and export market. About 40% of the milk produced in Australia goes into export products – mostly butter, cheese and especially milk powder.

The price per kilogram of milk solids (KgMS) is between 13 or 14 times that of the price per litre of liquid milk – protein and fat make up just under one-fourteenth of the content. So, Murray Goulburn's 2016-17 forecast average price of $4.80/KgMS comes in at about 37c/L. Fonterra's forecast average, $4.75/KgMS, is about 38c/L. Lion is estimating a year-end average of $5.67/KgMS (about 44c/L).

Of course, this doesn't take into account the variations in milk solid content from farm to farm, and even month to month on the same farm. Significant factors include the cattle breed and the amount of feed the cows get throughout the season.

In NSW, Queensland and Western Australia, farmers tend to get paid in the more familiar cents-per-litre. But even then it's not that simple. The cost of producing and transporting milk varies depending on location, which affects how much a processor might pay. They might also offer a premium in a region if there is competition from another buyer. It's a situation that plays out across the country, with deals and discounts specific to each processor, making it difficult for consumers to figure out just how much the dairy farmer is getting paid for their product.

In recent months, processors Murray Goulburn and Fonterra have been in the news for slashing their FMP. But it isn't drinking milk at the root of the crisis. Both companies have a strong focus on the export market, so they've been exposed to the worldwide glut in dairy production. Demand hasn't kept up with supply, leading to a precipitous drop in prices. Meanwhile, companies that are more closely linked to the local milk market – like Lion (which makes Dairy Farmers) and Norco – have been less severely affected by global markets, and their FMPs have remained relatively steady. So when it comes to this latest crisis, $1 milk isn't actually a major cause.

Does this mean calls for a boycott are misguided?

Not according to everyone. Some farmer groups have railed against cheap milk ever since Coles fired the first shot in the milk wars in 2011. "Australian Dairy Farmers has long advocated that $1 litre milk is unsustainable, and we maintain this position," said a spokesperson for the group. "Farmers need to be paid a fair price for their product."

Slowly but surely, the name brands' market share is eroding. The retail price of branded milk is declining as processors try to compete on price. A 2010 Senate inquiry heard evidence of a market practice called "waterbedding". Because the margins on supermarket milk can be low, processors can offset this by increasing the price of things like cheese, yoghurt and butter. At the end of the day, so the argument goes, all of this leads to less money flowing back to the dairy farmers.

On the other hand, some processors that have secured supermarket supply contracts have been vocal about how this has helped them expand. Last year, Norco CEO Brett Kelly credited his cooperative's deal with Coles with an unprecedented earnings growth, allowing the business to move into the Chinese market. By the same token, the security that comes with Murray Goulburn and Fonterra's contracts to supply milk for Coles, Woolworths and Aldi would have certainly helped absorb the blow of the global downturn, possibly even propping up their FMP.

Want to make sure the "free range" eggs you see at the supermarket are actually free range? CHOICE has an app for that. Download CluckAR for free.

This is all very complicated. I just want to help farmers.

If you're concerned about supporting farmers, boycotting supermarket brand milk probably isn't the way to go about it. Keep in mind that when you pay more for branded milk, a chunk of the price goes to the processor's marketing budget, which only helps farmers indirectly.

There are a number of ways you can make sure your dairy decisions best support Australian farmers.

In December 2016, boutique supermarket chain Harris Farm Markets stopped selling $1 per litre milk, and announced a deal with Norco to supply milk under the new "Farmer Friendly Milk" label. CEO Tristan Harris believes his customers will be happy to accept a 14.5% price hike if the extra money goes to dairy farmers.

"We are charging $2.29 for two litres of milk. We still believe this represents great value for customers but not at the expense of farmers," Harris said.

"As a family-owned business we knew we wanted to make a difference where we do have control, and after seeing the uproar from farmers, advocates and the public on $1 per litre milk earlier this year, we were compelled to change our approach to milk."

In September 2016 Harris expressed his frustration at the lack of price transparency in the industry. "As a retailer we now find it difficult to find any supply that gives certainty that farmers are not being held over a barrel," he said in a submission to the Senate inquiry to the dairy industry. "We also fear that the milk we are selling is coming from farmers who are underpaid regardless of how much we pay for the product."

Harris said that the new deal will allow the supermarket to return 95% of the retail price (about $1.09/L) to the processor. Norco, a farmer-owned co-operative, pays up to 57c per litre of milk at the farm gate, in addition to profits it shares among its producers.

Are the supermarket giants trying to help dairy farmers?

Coles began selling milk in Victoria under the "Farmers' Fund" brand in 2016. Sourced from Murray Goulburn, the same processor which delivers Coles' private label $1 milk, Farmers' Fund milk retails for $1.25/L. Revenue from the 25% price premium goes to the Victorian Farmers' Federation, which offers dairy farmers grants of up to $20,000 to grow and innovate their business. Coles also operates similar funds with industry groups in Western Australia and South Australia.

In the eastern mainland states and Western Australia, Woolworths sells "Farmers Own" brand milk for between $1.50 and $1.73 per litre. For this product Woolworths negotiated supply contracts with collectives of dairy farmers, bypassing the major milk processors like Lion and Parmalat. The supermarket won't reveal how much it pays these producers except to say that it is a premium over the average farm-gate price.