After almost three years and 20 million sales, Google has released the successor to the original Chromecast. 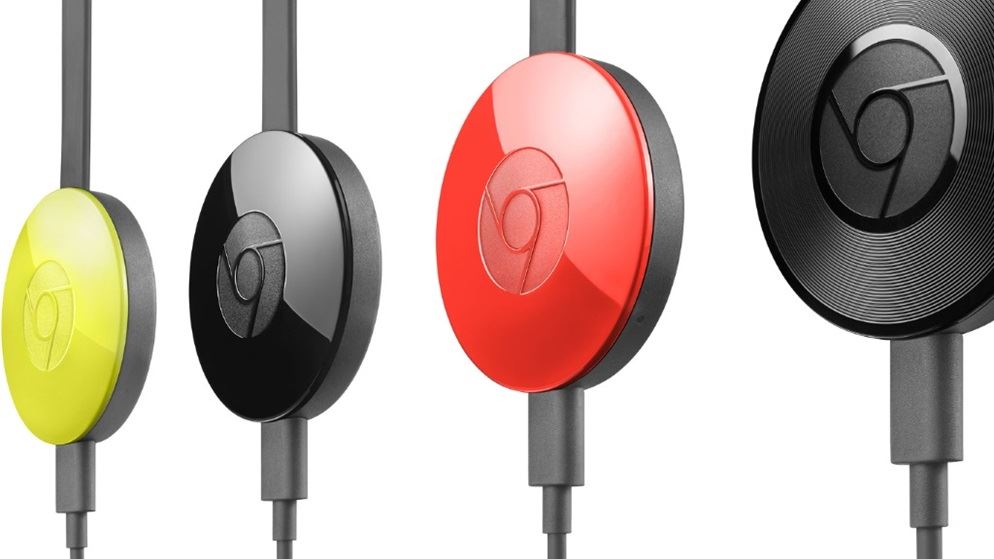 Plugging in a Google Chromecast is an easy way to upskill a television. The new model, the Chromecast 2, is a dongle the size of a hockey puck, but it'll add some computing smarts and an internet connection to any TV with an HDMI port. Photos, movies and TV shows can be cast at the press of a button, and all it'll set you back is $59.

What does the Chromecast 2 have that the original doesn't?

The original Chromecast was adored for its simplicity. All it really did was receive instructions from your Apple or Android smartphone – a device we already know how to use. The new Chromecast follows the original's formula, throwing in a tweak here and an upgrade there, but straying little from its humble beginnings.

Three notable changes have been made:

What about the Chromecast Ultra?

You can also find a souped up version called Chromecast Ultra, that costs around $40 more. The only key difference is resolution support - the Ultra can cast 4K (UHD) HDR video, whereas the Chromecast 2 cannot.

If you have a 4K TV, projector or monitor, and live in an area with internet speeds and bandwidths that can support streaming at this resolution, it may be worth the upgrade. Everyone else should find that the Chromecast 2 suits their needs.

How does Google Chromecast 2 work?

Google has designed the Chromecast to work with Android, Apple and Windows devices. It will work with Apple and Android smartphones and tablets, as well as Apple, Windows and Chrome computers. Simply make sure the device is on the same wireless network and tap the cast icon that pops up in your browser or app.

Casting content from streaming services Netflix and Stan was easy. The Chromecast 2 automatically anticipates a casting connection when a compatible application is opened. It does this to speed up the casting time, although there still is a few seconds invested in buffering before a cast starts.

A fine balance is struck between playback and picture quality – even on low-resolution streams. In an effort to test its limitations, we tried casting the UHD movie TimeScapes, which has a footprint of 9.7GB, and found it would stutter every few seconds. We didn't face these problems when we cast Big Buck Bunny, a movie recorded in Full HD resolution.

Setting up the Chromecast 2 is no more difficult than plugging in an HDMI cable, a USB port and then launching an app. Its ability to be powered by a USB port makes it possible to keep all of the wiring behind the television and out of sight. The Google Chromecast app uses a refined wizard to guide you through the set-up process. From plugging it in until you can hit play on a movie, the process takes around two minutes.

There is a downside to the redesign of the Chromecast 2. The HDMI port is no longer built into its body. Connected to it is a 10 centimetre HDMI cable that, when plugged into a TV, causes the Chromecast 2 to dangle down in an unrefined fashion. We worry about products dangling down as they could cause some damage to the port of your television.

Not every app on a smartphone has casting abilities built in. Perhaps they haven't yet released an update, or they may not want to support Google's living room ambitions. How then do you get what's on your smartphone or tablet onto your big screen?

Screen mirroring takes everything on your smartphone/tablet/computer and puts it on the screen of your television. It's a great way to share photos, videos and web pages with a group of people, particularly when the apps you're using don't support casting. The original Chromecast trialled the feature and now it's a fixture in the Chromecast 2.

The Chromecast 2 goes one further by doubling as a basic gaming console. Two players can use their smartphones as controllers to play games downloaded from the Android Play store. Although the games are basic, a little like the 8-bit titles found on an original Nintendo, they can be entertaining. It's an area where we hope ongoing investment in clever gaming titles – think Flappy Bird – will help elevate this casting dongle into a dongle that can be used for casual gaming. It has a long way to go, but this ancillary feature has a lot of potential.

The Chromecast 2 taps into the magic of the original. It is wonderfully simple, inexpensive at $59 and it will work with most of the smartphones, tablets and computers in your home, whether they wear a badge from Google, Microsoft or Apple. This is a casting dongle for people who want to get content onto the largest screen in their home, the television, and they want to do it easily.