Should you buy carbon offsets?

Aviation has a hefty carbon footprint but are carbon offsets the answer? CHOICE investigates. 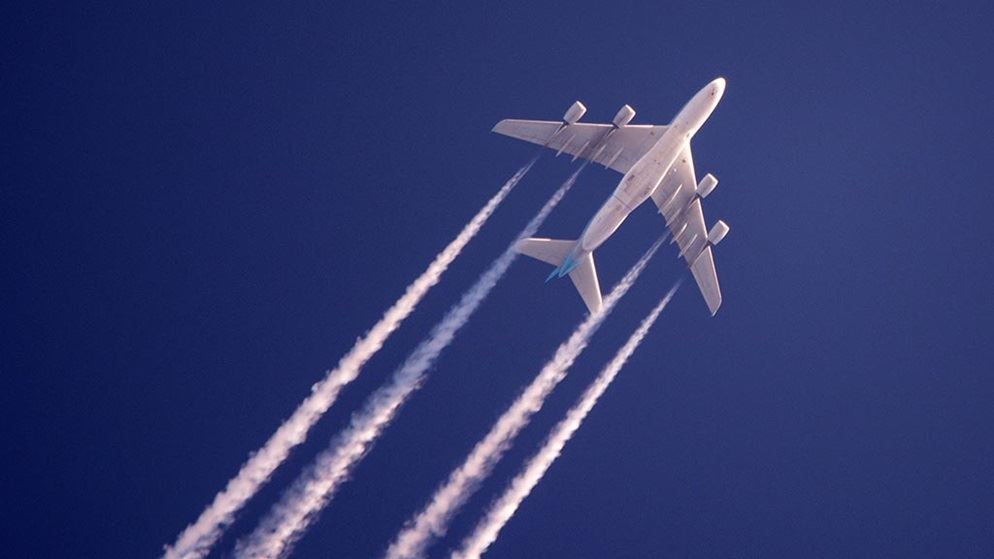 In 2015, airlines spewed 781 million tonnes of CO2 into the atmosphere, representing about 2% of man-made CO2 emissions. If global aviation was a country, its CO2 emissions would be ranked 7th in the world, between Germany and South Korea.

And as flying becomes cheaper and more popular, the problem is heading skyward. Global passenger air traffic grew by 5.2% from June 2015 to June 2016 and emissions are growing at around 2-3% a year.

While many industries are innovating to cut emissions, the airline industry doesn't yet have commercially available low-carbon fuel options.

Airline travel has never been more popular or more dangerous to the planet.

Enter carbon offsets. For over seven years, Qantas and Virgin Australia have offered passengers the chance to add carbon credits to the cost of their tickets, donating to projects around the world that are designed to reduce greenhouse gas emissions.

The projects may restore or protect forests, develop renewable energy or increase energy efficiency, and some also bring social benefits to the local communities involved. According to the International Air Transport Association over 30 airlines around the globe offer carbon offsetting to passengers.

But there's a problem: most of us just don't buy them.

According to Qantas and Jetstar, only one in ten passengers choose to pay to offset the emissions from their flight, and the company says it has the largest passenger carbon offsetting program in the world.

Virgin says that less than 1% of its emissions were voluntarily offset by passengers in 2014/2015.

For the same period, Qantas and Jetstar's results were proportionally similar, with 1.2% of emissions offset by passenger-purchased carbon offsets.

A global study of passengers and their willingness to buy carbon offsets identified the cost, a lack of understanding about carbon credits and emissions from aviation, mistrust in the value of carbon offsets, and the perception that airlines should shoulder more of the cost of offsets instead of passing it on to customers as reasons passengers are reluctant to offset their flights.

Where does your money go?

All of the funds raised via passengers' voluntary carbon offset purchases with Virgin Australia, Jetstar and Qantas are directed to the Fly Carbon Neutral program, which is verified by the government's National Carbon Offset Standard (NCOS). The airlines do not charge an administration fee or take any cut.

Qantas and Virgin assure customers on their websites that their carbon offset programs are accredited under the NCOS, which defines what a genuine voluntary offset is, as well as the requirements for calculating offsets and monitoring the projects.

Of its Fly Carbon Neutral program, Qantas says: "Our programs are accredited under the highest international standards, including the Gold Standard, the Verified Carbon Standard and the Climate, Community & Biodiversity Standard (CCB), as well as being compliant with the Australian Government's National Carbon Offset Standard (NCOS)."

CHOICE, however, could not find a Gold Standard rating for any of the projects detailed on Qantas's website.

Virgin says the Tasmanian Forest Conservancy program is recognised globally as being of a very high standard, but it is not awarded the Gold Standard.

Carbon offsets have many detractors and some failures in the past.

Professor Will Steffen from the Climate Council tells CHOICE that land-based carbon offsetting (such as tree planting) does not tackle the carbon that has been added to the atmosphere through fossil fuel use. Burning fossil fuels releases carbon that has been stored underground for thousands of years, effectively removed from the atmospheric carbon cycle. It upsets the carbon balance.

Taking up carbon into land systems simply means we are putting back some of the carbon that was earlier transferred from land to the atmosphere. We are not reducing any of the new carbon added through burning fossil fuels such as aviation fuels.

The Global Carbon Project, which supports climate research, advises that the best carbon offset projects avoid emissions from fossil fuel use. These include:

None of the schemes that are described on Virgin Australia or Qantas's websites meet the Global Carbon Project criteria outlined above. Qantas's New Lao Stove Project avoids carbon emissions by improving the efficiency of cooking stoves in Cambodia, reducing wood burning. But it doesn't tackle carbon released from burning fossil fuels.

However, there is significant worth in the projects beyond just balancing land-based carbon. Projects may direct global finance to bring valuable social, health, environmental and economic benefits to impoverished or climate-change affected communities.

The New Lao Stove Project has reduced wood collection from native forest ecosystems, reduced people's exposure to pollution from fires, and created jobs through a local industry in the making and selling of the stoves.

Problems can arise where global carbon markets intersect with local communities and livelihoods. Research into the April Salumei rainforest protection program in PNG (in which Qantas invests) revealed problems where carbon mitigation and national interests were prioritised over local interests. This resulted in conflicts and inequity around the distribution of money and resources.

The paradox is that this globally accredited REDD (reducing emissions from deforestation and forest degradation) project has also been hailed as a pioneering carbon offset program in PNG. Its genesis is described in great detail in a feature in The Guardian.

How does flying impact your carbon footprint?

Unfortunately, flying is the fastest way for an individual to fry the planet.

Flying economy from Sydney to London return produces the same amount of greenhouse gas emissions as running the average air conditioner in the living room during the day for 7133 hours.

See the table below showing emissions calculations per seat for various flights.

What else are airlines doing to cut their emissions?

Aviation emissions aren't covered by the 2015 Paris Climate Agreement. Instead, in October 2016 the UN's International Civil Aviation Organization (ICAO) and its member states signed a deal to tackle emissions from international flights through reductions elsewhere.

The deal doesn't rely on the development of low-carbon biofuels, but instead it broadly aims to offset the annual increases in total CO2 emissions from international flights above 2020 levels through a UN global carbon offset scheme called CORSIA (Carbon Offsetting and Reduction Scheme for International Aviation). These offsets are purchased by the airlines, separate to those on offer to passengers for voluntary uptake.

The recent agreement has been hailed as aviation's 'Paris Moment' but many NGOs don't believe this is ambitious enough and it may fail to produce meaningful environmental outcomes.

"The aviation industry, if they were treated as a country, would be the seventh biggest emitter so curtailing their emissions is crucial if we are to tackle climate change," Will Steffen of the Climate Council says. "A levy on every air ticket which goes towards research on carbon-neutral aviation fuels would be a more scientifically meaningful way to reduce aviation emissions in the long-term."

How much do offsets cost, and can I source my own?

You can calculate the amount of emissions attributable to your seat on a flight (in kg of CO2 equivalent) at Atmosfair, which will also sell you offsets. Compared to Qantas, Atmosfair attributes a much higher offset cost to a Sydney to London flight via Abu Dhabi of $177.67, indicating the discrepancy between calculations and offset programs.

Should we buy carbon offsets?

The efficacy of carbon offsetting programs in reducing global emissions and tackling climate change is disputed by NGOs. The market continues to attract a range of criticisms – primarily that it does little to curb emissions growth in carbon-intensive industries.

The airlines' first priority should be given to becoming less dependent on fossil fuels and directly cutting their own emissions. Reducing greenhouse gas emissions in impoverished countries is simply not enough to prevent further global warming.

Carbon offsets should always be the last step in any moves to reduce the carbon footprint of an individual or a company. Reducing energy use and emissions-intensive activities, and switching to renewable energy should be the priority.

What does CHOICE do?

Seven steps to cutting your carbon footprint when travelling