Who should you trust when it comes to buying carbon offsets? 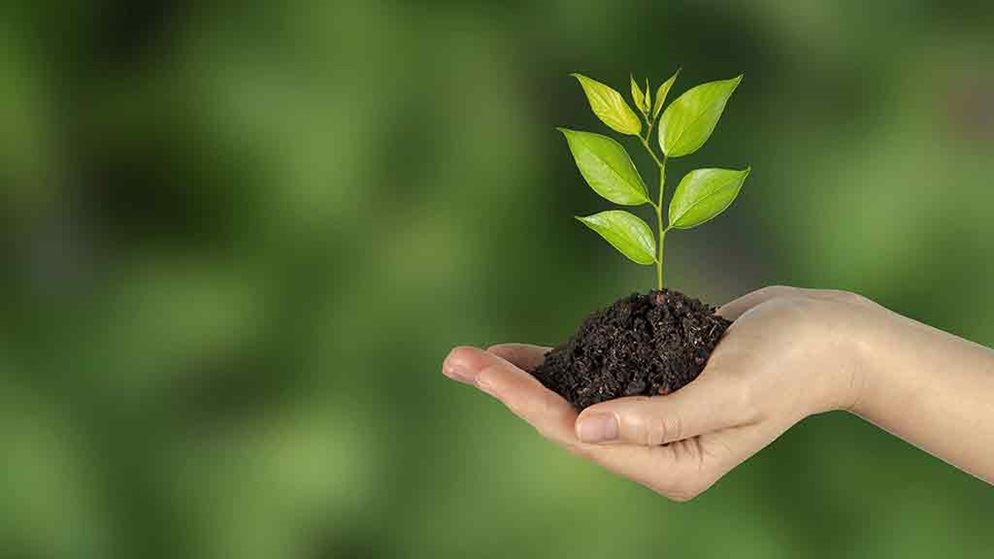 Should you trust carbon offsets?

A decade ago, British band Coldplay released the album, A Rush of Blood to the Head. Reportedly concerned about the carbon emissions produced in making the album, the band decided to offset these by having 10,000 mango trees planted in India.

In theory, this sounded great – the trees would absorb the carbon, the mangos would feed villagers, and Coldplay felt good about their green credentials. Alas, it was not to be. A few years later, it was reported that many of the mango saplings had died, and that much of the water and money promised to the villagers for caring for the saplings never arrived.

Which begs the question: are all carbon offsets made of imaginary mangos, or are there legitimate means out there for those who want to reduce their carbon footprint?

In Australia, where there is no mandatory requirement for individuals to reduce emissions, offsets can only be bought voluntarily. Consumers can either buy directly through specialised carbon offset retailers, or choose to offset certain activities, including air travel, through third parties such as the airlines themselves.

CHOICE spoke with several industry experts who told us that, while offsetting has a sketchy past, the majority of providers in Australia are now legitimate as a result of stringent standards.

Martijn Wilder, head of International law firm Baker & McKenzie's global environmental markets practice and Professor of Climate Change Law at the Australian National University says: "There used to be more rogue traders, but there are very few these days as the market is much more regulated and buyers are more educated. There are formal approval bodies and formal registry systems, there is greater government regulation and the ACCC has been active in enforcement."

Freddy Sharpe, CEO of offset provider Climate Friendly, says the process for having projects verified under the standards is rigorous. "You need to submit a plan for approval," he says. "It must be constructed and then verified [to ensure] it works, then later audited to make sure it's been operating as planned. All those reports by auditors are available [online] on public registries. They're verified by internationally approved auditors – the same ones who validate Kyoto projects."

The riskier the project, the more of a buffer zone is built into it. For example, Wilder says that for forestry projects that traditionally involve planting trees, there is a risk that trees may be destroyed before the project reaches maturity. For this reason, project operators must plant more trees than necessary to generate their carbon units, and must provide alternative credits to consumers in case the project fails.

The VCS is an international standard that ensures carbon reductions meet quality standards and are independently verified, numbered and listed in a central database.

Established by the World Wildlife Fund (WWF), the GS certifies offset projects that demonstrate greenhouse gas reductions and positively impact the economy, health, welfare and/or environment of the community where the project is located.

CFI is a voluntary Australian Government carbon offsets scheme that enables farmers and land managers to generate carbon credits by reducing agricultural emissions, such as nitrous oxide and methane, and sequestering carbon in vegetation and soils. These credits can then be sold to individuals and businesses wishing to offset their own greenhouse gas emissions.

NCOS is an Australian government standard that verifies claims of carbon neutrality in Australia. To verify carbon neutral claims, the NCOS specifies that organisations must buy their offsets from projects verified under eligible schemes. These include credits issued under the CFI, VCS and GS, among others.

How much do carbon offsets costs?

Depending on the type of project, offsetting a tonne of carbon can cost less than $10, while other projects can cost more than $50. Types of projects include methane removal, renewable energy, energy efficiency, industrial gas, forestry, and co-beneficial projects which go beyond just greenhouse gas reduction.

Some projects have a very charismatic story, but they're the most expensive. For example, there's a project in Kenya distributing Life Straws. The straws work to filter water without boiling: you pour water in one end, there's a filter in the middle of the straw, and by the time the water comes out of the other end, it should be safe to drink. The straws save the fuel used to boil the water to clean it, but the projects are very expensive, so those offsets cost more per tonne than for a relatively low-cost wind farm.

There are several factors to take into consideration when selecting carbon offsets. The Environment Protection Authority (EPA) says that consumers need to consider "additionality", permanence, and monitoring and verification. These factors are accounted for under recognised standards, such as the VCS and GS.

"Additionality is a key concept in evaluating whether or not an offset project leads to real and measurable greenhouse gas reductions. To be regarded as a valid offset, a project must be proven to be 'additional' to what would have occurred anyway," according to the EPA.

"Some emission reductions may not be secure or may involve a range of risk. Offset providers should offer some form of guarantee that purchased credits will be maintained, or customers will be compensated if the project doesn't deliver the expected emissions reductions."

The life-cycle of a carbon offset 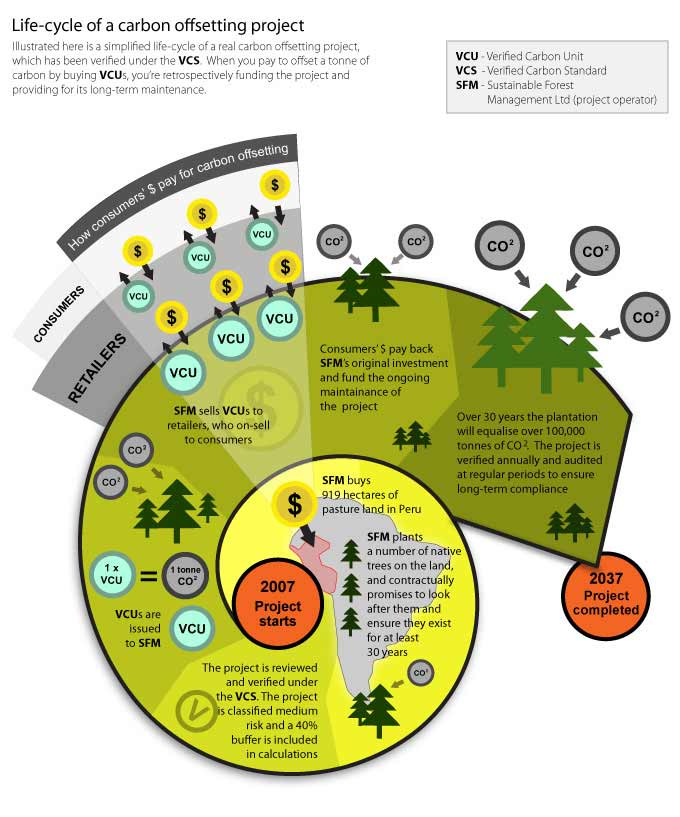 Offsets are a legitimate product to make use of. But you don't just want to use them as a way of getting rid of your guilt for having a high-emission lifestyle. Your first step should be to reduce your carbon footprint. There are many ways households and businesses can reduce emissions at little cost.

Lowering your carbon emissions could be as simple as:

To calculate your carbon footprint, head to the Australian Greenhouse Calculator (AGC), released by the Victorian EPA.