Staying in someone's home can be cheaper and give you a more personal, local experience. But what are the risks? 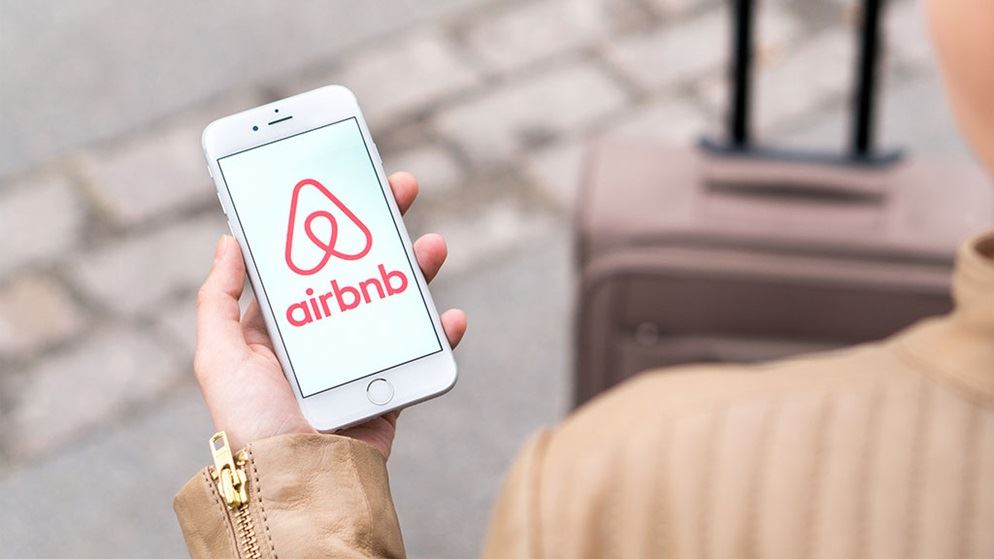 If you haven't used Airbnb, no doubt you've heard of it – and a number of horror stories to go along with it. But how common are these bad experiences, and should it prevent you from trying it out?

Airbnb has seen rapid growth since it started back in 2008 with worldwide guest numbers now at 35 million. Our Voice Your Choice poll in March found nearly 20% of the more than 400 people surveyed had tried Airbnb. And it's likely this figure will grow – last year in Australia and New Zealand alone, the number of guests booking through Airbnb tripled.

There is some risk associated with booking accommodation through Airbnb, but when we asked the CHOICE community on Facebook about their experiences using it, we had an overwhelmingly positive response.

How does Airbnb work?

Airbnb is a peer-to-peer accommodation network that links up travellers with spare beds in people's homes, via its website or through the mobile app. There are options to suit a range of budgets, as well as the option to book entire homes. There are one million accommodation listings around the world, including 35,000 in Australia.

It's different to a hotel in that you're able to stay outside of the tourist zones – Airbnb says 85% of its listings are outside traditional hotel districts. People also told us they liked Airbnb because it gave them a personal connection with locals.

Airbnb has one million accommodation listings around the world, including 35,000 in Australia.

Airbnb fans claim a big benefit is that it's cheaper than other accommodation. Testing that claim is a little tricky, as it all depends on what you want. There's an abundance of options on Airbnb and a huge range in pricing. We found prices starting at around $13 per night for shared rooms, tents and couches, ranging up to thousands of dollars for luxury homes.

To get an indication for how prices compare with hotels, we looked at the average rates for both (see table below). The average city rate for Airbnb is advertised on its site, but Airbnb wouldn't provide information on how the figure is calculated. We've added on 12% – given that Airbnb tacks on its service fee and any cleaning fees (charged by the host) after you make your selection, we've assumed they aren't included in the averages. Averages for hotels were taken from the The Hotels.com Hotel Price Index, which tracks actual prices paid throughout the year rather than the advertised rate for more than 169,000 rooms.

*These were averages on 16 June 2015. Average prices on Airbnb can fluctuate but we've tried to use cities that remained fairly static.
**Hotels.com figures are averages for the year 2014.

While hotels and Airbnb are not directly comparable due to the wide range of options available on Airbnb, these figures suggest that the latter may be cheaper on average. And if simpler accommodation (such as a couch) suits your needs, Airbnb certainly can be an attractive option.

However, there were also instances where Airbnb's average city prices fluctuated dramatically from day to day, presumably because there were fewer listings in those cities.

Obviously Airbnb needs to make money, but its fees can be steep, and they aren't disclosed in the initial price. Hosts can add on a cleaning fee, and Airbnb also charges a service fee of 6–12% of the total booking price (it decreases as the price increases). The company says this "covers the cost of running Airbnb". The company certainly looks profitable – analysts estimate Airbnb could reach $675m in revenue by the end of 2015.

Given the opposition from the hotel industry, you'd think Airbnb was costing them business. But hotel occupancy rates in Australia tell a different story. According to the latest Tourism and Hotel Market Outlook from Deloitte Access Economics, the hotel industry seems to be doing just fine. Occupancy rates are now at record levels due to increased numbers of international visitors as well as increased levels of domestic travel. Hotel occupancy rates were at a national average of 68% in 2014, with hotels in Sydney and Melbourne averaging 87% and 86%. And these rates are expected to increase to 90% by 2017.

With the sheer number of listings on Airbnb, it's likely there'll be some iffy ones. Airbnb recommends "you always exercise due diligence and care when deciding whether to stay with a host". But given that Airbnb makes its money off the back of people booking listings, the last thing Airbnb wants is dodgy listings causing trouble so there are a number of mechanisms in place designed to ensure trust in the system.

Trust based on reviews

As Airbnb can't vouch for every host or guest on an individual basis, it relies on a review system to build trust in its community. So how does Airbnb ensure these reviews are indeed genuine and not fake?

Reviews can only be left by the host (about guests) or someone who has stayed at the listing for up to 14 days after the stay. Neither party is able to see the other's review until both are published, and once published, they can't be edited. However, hosts and guests can leave a public response to a review for up to two weeks.

The verified ID badge will appear on a host's profile if they have taken certain steps to verify their identity, such as their phone number, social media profile or even their driver's licence or government-issued ID. However, Airbnb provides very little info on how they actually verify the information. While a verified ID is probably better than nothing, be aware that Airbnb says it's "not an endorsement or guarantee of someone's identity" and it doesn't mean the host will be "trustworthy, safe or suitable".

Listings may also have verified photos which appear with a watermark bearing the words Airbnb.com verified photo" or similar wording. This signifies that an Airbnb photographer has been to the residence to take the photos.

One important mechanism to ensure consumers won't be out of pocket for dodgy listings is the third-party payment system. Guests pay online (usually via credit card) and Airbnb holds the funds until after you've checked in. You'll have up to 24 hours after you've checked in to notify Airbnb of any problems. However, be aware you'll be charged the full amount as soon as the reservation is confirmed, even if you book well in advance.

While this system arguably works to protect both hosts and guests, Airbnb could potentially derive income off those funds while they lie dormant.

Hosts can set their own cancellation policy which can be classed as "flexible", "moderate" or "strict". For example, if the host has a "strict" policy, you'll only receive a 50% refund of the accommodation costs for cancelling within one week of the booking. "Flexible" cancellation policies, on the other hand, offer a full refund for cancellations within one day of the booking. Be aware that if you cancel the booking, you may get the accommodation fees back but you won't be refunded the Airbnb service fees.

When am I entitled to a refund?

When you book a hotel you expect a certain standard, but it can be more difficult to know exactly what you're going to get on Airbnb, as every listing is unique.

Airbnb wouldn't disclose how many complaints it receives, but according to its website, problems usually fall into one of three categories:

So what happens if the accommodation turns out to be a dud? You should contact Airbnb with the details within 24 hours of checking in. Airbnb's Guest Refund Policy outlines the situations in which you'll be entitled to a refund. For the most part it covers situations where the accommodation is different to the listing. You'll also be entitled to a refund if there's no clean bedding or towels (unless it was clearly stated they wouldn't be provided or the host didn't mark 'essentials' in the offered amenities) and if the listing is "unsanitary, unsafe, or hazardous".

What's tricky is that Airbnb isn't particularly specific about the standards it expects – it just says a listing "should meet minimum quality standards regarding safety, access, and cleanliness, and they should be consistent with the description provided by the host". Peta Sargent, who has been using Airbnb for her travels around Australia and had many positive things to say about it, said one of her concerns was the lack of standards: "Not all places have the same standards, or even adequate standards. Some places could be unclean, others unsafe for kids or [they could] have no smoke alarms."

CHOICE staffer Ines Gruber told us she used Airbnb when she first arrived in Sydney, and found the accommodation was extremely dirty. She contacted Airbnb to let them know and not only did they refund her money, they paid for her to stay in a hotel after they found no other accommodation available through Airbnb. It's hard to imagine a better possible outcome in such a scenario, right?

While we commend this sort of customer service, it doesn't guarantee it will happen every time someone has a problem. For example, Louise L. contacted us highlighting how difficult it was to get customer support. Airbnb's policy certainly doesn't commit to paying for alternative accommodation if the listing turns out to be substandard. It will either provide a refund or try to book you in at another comparable accommodation for the unused nights, but this will be at Airbnb's discretion.

Airbnb isn't the only peer-to-peer accommodation site on the market. There are a number of others around such as Flipkey (from TripAdvisor), Roomorama, HomeAway and home-camp which offers a space to camp in people's backyard!

Other alternatives are house swapping and couch surfing.

Read more about hotel alternatives in our guide to home-stay accommodation.