Petrol and its alternatives

There are ways to lighten the cost of fuel to both you and the environment. 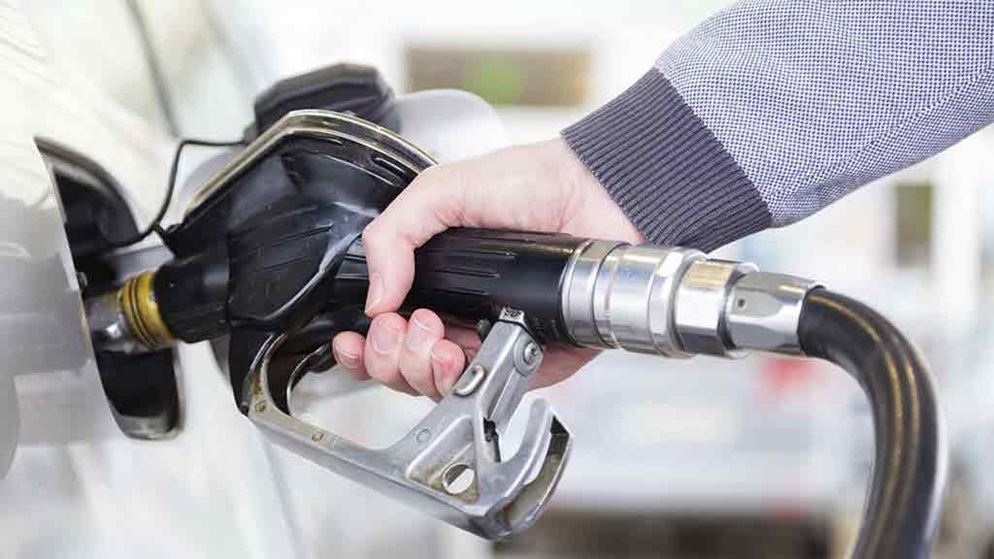 Then you'll need to cut down fuel costs. While petrol prices go up and down every week, they're pretty likely to stay on the rise in the long-term.

And with oil supplies dwindling and greenhouse gas emissions increasing there are good environmental reasons to look at fuel alternatives. So how do you balance the budget and the environment when it comes to filling up your car?

Like the name suggests, biofuels are made from newly-grown plant or animal matter. Biofuels aren't new – Henry Ford's first car ran on alcohol and Rudolf Diesel's engine first fired with peanut oil. Two biofuels, ethanol and biodiesel, can be used in most existing motor vehicles and are pretty easy to handle.

In theory, using biofuels can cut down your car's greenhouse gas emissions because burning them releases only the carbon that was absorbed when they were growing. That means releasing less CO2 into the air than the millions of years of carbon stored in the oil that powers most modern cars. But the green credentials of these fuel alternatives do come with some caveats.

The pros and cons of biofuels

Ethanol (E10) is an alcohol fuel usually produced by fermenting sugars from plants such as sugar cane, wheat and corn. Since 2011, the base unleaded fuel option in Australia is now E10 – petrol with a mandatory 10% ethanol.

Biodiesel (B20) is a fuel produced from vegetable and animal oils. B20 is more commonly sold than pure biodiesel – it's a blend of 20% biodiesel and 80% mineral diesel.

Liquid petroleum gas (LPG) is extracted from natural gas or derived as a byproduct of the petroleum industry. Car LPG is a blend of mainly propane and butane, so you can't swap it with the LPG you use to fire up the barbecue.

The pros and cons of LPG

Converting your car to LPG

Before you convert your car, contact the manufacturer to find out whether it's suitable, and whether the conversion will affect the car's warranty.

All the components, as well as the installation, repair and maintenance of LPG systems, are covered by mandatory standards and other government regulations.

Only businesses that meet special licensing requirements are permitted to install, repair or adjust a car's LPG system. Search the AusIndustry LPG Vehicle Scheme's list of customer guidelines to find an accredited installer.

Your state or territory transport authority can give you details of licensed installers in your area and has information on particular requirements. You'll also need to tell them once your car has been converted.

It's unlikely you'll pay a different insurance premium for a converted car, but you should contact your insurer to make sure. In any case, you'll still need to let them know once your car has been converted.

Tank: Although you can convert your car to run on LPG only, the LPG system is usually installed in addition to the fuel system (dual-fuel mode), greatly increasing the distance you can travel between fill-ups. LPG tanks are considered as safe, if not safer, than petrol tanks in an accident.

Fuel lock valve: Prevents the flow of gas when the engine stops.

LPG control processor: Operates in conjunction with the car's on-board computer to accurately meter the amount of gas for increased economy.

If you're going for a duel-fuel conversion you'll need to make sure that all emission control, engine control and engine management systems and devices remain operational.

You'll also need to use the fuel system every now and then to keep it functional and safe — recommendations range from 10% to 30% of the time.

When will it pay off?

LPG costs about half as much as unleaded petrol, but it doesn't contain as much energy as petrol — you'll need about 20% more LPG to drive the same distance.

The payback time depends on the number of kilometres you drive each year, your car's fuel consumption, the cost of the conversion and the price difference between petrol and LPG.

Make sure you assess your situation before you convert to LPG — it may take longer to pay for itself than you want to keep the car for. For example:

Using the same calculations for a small car using 8L/100km of petrol (and 9.6L/100km of LPG), travelling 10,000km per year and being converted for $1600: the savings are $371 per year, and it'll take about four-and-a-half years to recover the conversion costs.

What else can I do to save on fuel?

Biofuels and LPG aren't the only alternatives to petrol. Consider cutting costs and reducing your impact on the environment with these transport options:

Hybrid vehicles use two fuel sources. For example, a car that can switch between LPG from one tank to petrol from another could be considered a hybrid. The original hybrid, the Toyota Prius, combines a conventional petrol engine with a rechargeable electric battery to achieve better fuel economy.

The Prius boasts tiny average fuel consumption figures of 3.9L/100km, and its batteries recharge during normal driving when you're decelerating. The catch, of course, is the high purchase price. This puts the relatively small Prius on par with many medium-sized passenger vehicles when it comes to whole-of-life costs. The same applies to most of the other hybrids on the market.

The technology to power electric cars has been around for a long time, but it's really only in the past decade that major car manufacturers have been investing in the area. True electric cars are powered only by rechargeable electric batteries.

Electric cars have some big positives; no combustion engine means virtually no noise, they're cheaper and easier to power up because you can do both at home, and their CO2 emissions are generally much lower than petrol vehicles.

Electric cars do come with some drawbacks. They're generally expensive – most models sit in the $30,000–40,000 range. They also have a more limited driving range than hybrid or petrol models – around 100–150km on one battery – which can mean 'range anxiety' for drivers on longer trips.

Most big car brands have at least one electric model available, but the total Australian market is still very small.

If doing without a car is not an option, you don't necessarily have to buy a "green" car to make a significant difference to your bills and the environment.

Choosing the right car for your needs and driving style has a massive impact on your costs. If you're just driving around town, you may not need a family car. Instead, an inexpensive two-seater can have comparable fuel use and emissions to a much more expensive hybrid.

Small cars can cost about one third less to run than a 4WD, and they're often cheap to buy, so their whole-of-life costs are less than half that of a 4WD. Could a rental 4WD cover the times you need off-road or towing capacity?

When you shop for a new car, make good fuel efficiency a must-have. It's easy – all new vehicles have to carry a fuel consumption label. If space for seven is what you need, buying a medium-sized people-mover instead of a large 4WD will save you money both at purchase time and at the petrol pump.

While electric and hybrid cars make up most of the Green Vehicle Guide's top 20 performers, you'll generally find a few small petrol models in the list. So if you want to stick with petrol, find a normal car that runs on regular unleaded fuel, has respectable fuel use and emissions figures, is cheap to buy and is popular enough that you may be able to find a recent second-hand model.

Driving smarter is part of the solution. When half the car trips in Australian cities are less than five kilometres, we could all look at driving less often. Converting even a few of these trips to walking, cycling or public transport makes an impact.

We're not all able to switch cars or fuel type in the short term. So remember that it's not only the car and the fuel, but also driving style that determines your costs and the costs to the environment.

If you only need a car occasionally, car-sharing schemes can be a great alternative. Sign up and you can book a vehicle online or over the phone for as long as you need it. They currently operate in most major capitals and some larger cities.

A car's reported fuel consumption, in litres per 100km, is based on driving under standardised test conditions, but your driving style can increase that figure dramatically.

"Eco-driving", as it's been termed, is not only good for the environment, but can save you money and stress as well. To be an eco-driver you should: