What costs more – a wedding or a party?

Do prices rise when you drop the 'W' word? We compare the costs of venues, photographers and more. 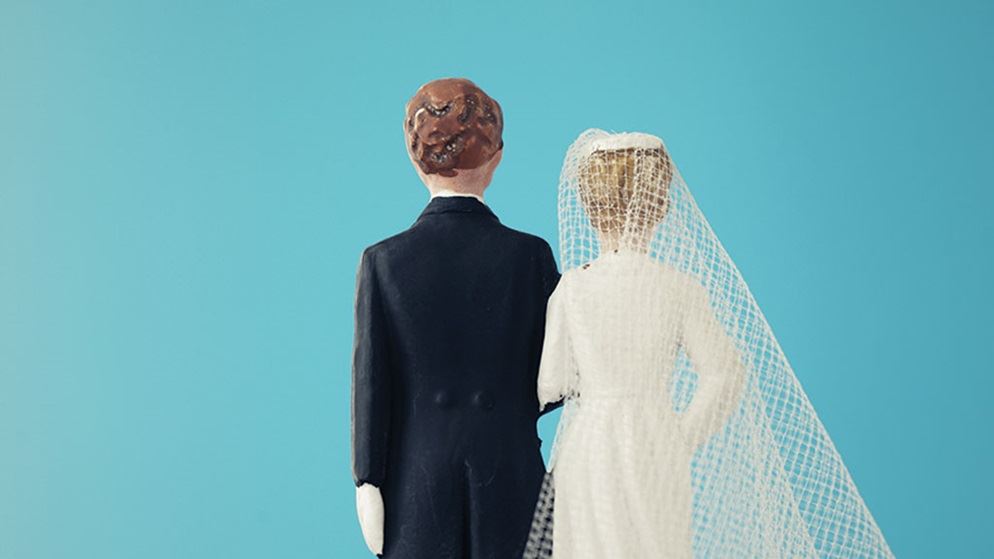 Here comes the bride, up goes the price

With the average price of an Australian wedding estimated at $36,200–54,000, it seems the institution of marriage is immune to financial crises and just about everything else.

But are Australians couples planning to tie the knot paying a price premium? Does saying the W word mean paying through the nose when it comes to venues, photographers, cakes, hire cars and so on?

CHOICE put this theory to the test. We commissioned two shadow shoppers to organise quotes for a wedding and a birthday. Both events had the same number of guests and identical requirements. Our wedding shadow shopper called the businesses first. A week later the second shopper called the same business with an identical request but claimed it was for her partner's 40th birthday.

Which event is going to cost more?

Our shadow shop focused on:

Businesses were selected in both Melbourne and Sydney to provide a good cross-section of suburbs and demographics. Our two shadow shoppers contacted 36 businesses in total across both cities and each was contacted twice, once by our bride and once by our party girl.

No matter whether you're having a party or a wedding, the venue (which often includes the catering too) will be one of the most expensive elements of your event.

Our shadow shop found three of the six venues contacted for quotes charged more for the wedding than the party, despite having identical requirements. One venue told our wedding shopper that they didn't charge per person for weddings and that the cost would be between $12,000 and $18,000 in total. Yet they happily prepared a per-head charge for our birthday shopper of $125 per person for a five-hour, sit-down three-course package, including drinks, venue hire and the cutting and serving of a provided cake!

Another issue for our party planner was that one venue told her they don't accept bookings for any kind of function other than a wedding on Saturday nights, while another told her she'd have to pay "wedding prices" if she wanted to secure a Saturday.

And when it comes to weddings, watch out for add-ons. Megan West, a NSW-based marriage celebrant, says this is a trap that she's seen often. "I see suppliers all the time quote a base cost that actually works within the bride and groom's budget," she says. "Then the supplier later adds on extra costs. This pretty much entraps them. If they don't pay up, it won't be the wedding they've been told they want. It's pretty standard practice."

Tip: Venues often want you to come in for a meeting to discuss your needs one-on-one. While this is great for getting a feel for what the venue is like, beware any upselling of added extras.

Professional photographers have a tough gig, especially when it comes to weddings. Clients want their photos to be perfect, and woe betide the photographer who forgets to get that crucial shot of great-aunt Esme in the rush to capture everyone else on the big day.

When it comes to weddings, many photographers work on the premise of a five-hour job, which usually includes shots of the bride and groom getting ready, the service and the festivities afterwards, as well as some formal, posed shots with the wedding party and the family.

Our wedding shadow shopper was very specific about the fact she was having a very informal wedding, a close family friend would be capturing the ceremony, which was happening away from the venue, and that a photographer was only required at the reception to capture the festivities and some semi-formal photos of friends and family with the bride and groom. This was so our shadow shoppers could compare apples with apples. Both requested a photographer for two hours to take a variety of informal shots at the reception/party as well as some informal shots of friends and family with the birthday boy.

The response from the photographic businesses our shadow shoppers contacted was very mixed. Two photographers told them both that they would not accept a booking for just two hours, while another was perfectly happy to quote $400 to the bride without a confirmed venue, yet told the party girl he wouldn't provide a quote until she confirmed the venue.

One upmarket photographer in Sydney quoted our party girl $1495, yet quoted our bride-to-be $4750 for a full package for five hours, despite her repeatedly requesting that she only needed someone for two hours. She also received an emotional hard sell, being told that "this is the most amazing day of your life – we capture that emotion, we tell that story. You can go back and relive the whole day through the photos".

Tip: As with venues, wedding photography packages can be fairly inflexible and often priced at a minimum of four or five hours with a one-size-fits-all approach. If that's not what you want, be prepared to shop around and be very clear what your expectations are.

When it comes to a hire car, you could fairly assume that the job would be the same, no matter who's travelling in it. However, we found this isn't always the case.

Our shadow shoppers requested the same style of car and only a pick-up from and drop-off at the venue over the same distance. Interestingly, three of the six businesses contacted were only too happy to provide this service to our party planner and quote her an hourly rate, yet our bride-to-be was told by the same businesses that there was a minimum call-out of three hours. As a result, she was quoted $1000 by a provider who quoted our party person just $450 for a one-hour call-out – even though both shoppers asked for a booking for the same location, on the same date.

Tip: When it comes to hire cars, take the time to shop around. Don't be pushed into minimum calls-outs that aren't required.

Photo booths can be a lot of fun for party or wedding guests and have become increasingly popular over the past few years.

Our shadow shoppers had identical requirements when they called for a quote and received identical prices in return, with the exception of one business who charged our wedding shopper an extra $50 on top of the $700 our party shopper was quoted.

The prices for cakes quoted to our shadow shoppers ranged from $200 to $700, depending on the store and the size of serving. Both requested a modern style, white chocolate mud cake, decorated with fresh flowers and big enough to feed 80 people.

While our bride-to-be was quoted more at two of the stores we called, our birthday planner also got the upsell from one Sydney cake-maker, who suggested a different cake costing $1500 and suggested if that was too expensive, she could ask family and friends to "chip in"!

Tip: Most cake-makers offer the option of a "finger slice" of cake to have with coffee or as a "dessert serve". Serving your wedding cake as dessert could save you a bundle. If you're sure you don't want a traditional wedding cake, you don't need to let on that it's for a wedding as you may get a better deal.

Not surprisingly, a wedding is usually going to have different floral requirements to a birthday party.

Our wedding shadow shopper requested flowers only to decorate the venue, saying that a family friend was going to make her bouquet. When she called a week later, our birthday planner asked specifically for the same flowers that had been suggested by the florist to the bride.

Of the six florists contacted, none quoted more for our bride or party planner. However, one florist, possibly looking for an opportunity to upsell our bride-to-be, refused to do a quote over the phone and insisted she come in for a one-on-one consultation, yet was able to provide a quote for our party person.

Many suppliers who are involved in weddings will argue that brides-to-be and their partners are high maintenance customers with high expectations for service and quality of product, which may justify any price hike whenever the W word is mentioned.

John O'Meara, chair of the Australian Bridal Industry Academy (ABIA), argues that with about 40,000 wedding retailers in business in Australia, in what is a seasonal industry, many suppliers have to charge a premium. "I believe the premiums charged for a wedding are justified because it's predominantly weekend work and brides can be very high maintenance. There are much higher expectations for a wedding than any other event. As a retailer you only get one chance to get it right."

However, marriage celebrant Megan West says she sees couples being stung by high costs and hidden charges all the time. "Reception venues will claim a wedding usually involves more work. I translate that into 'managing the behaviour of exuberant guests on the night'. Otherwise it's a pretty absurd claim. The overheads are the same – grain-fed, free-range, organic Wagyu costs the same from the butcher whether it's used for Johnny and Dee's big day or Nanna's 90th."

While a party and a wedding can share the same attributes, when it comes to expectations and behaviour they're chalk and cheese, says Dr Paul Harrison, senior lecturer in marketing and unit chair of consumer behaviour and advertising at the Graduate School of Business, Deakin University.

"A wedding is so far removed from a party in terms of the different expectations and culture around a wedding", he says. "The industry is huge, and people feel like they'll miss out on something if they don't do what they imagine is expected, particularly from their friends and family."

Harrison says even the most rational person can change their consumer habits with the pressure of planning a wedding. "You throw out the usual rational behaviours with a wedding, because unlike a wedding your social identity – particularly for women – doesn't potentially hang on a party."

West agrees. "A wedding is about the biggest emotional purchase people make, besides their first home."

Our bride-to-be received several follow-up calls and invitations to come in for a one-on-one chat from the businesses she contacted. However, our party planner didn't receive a single follow-up call or contact after her enquiries.

According to Harrison, this is known as investment theory and is a successful technique for winning over a potential customer. "The more doors you go through to reach a decision, the harder it is to pull out. When you interact socially with someone, you become a lot more invested and it's a lot more difficult to withdraw."