A beautiful bouquet of flowers may have an ugly back-story. 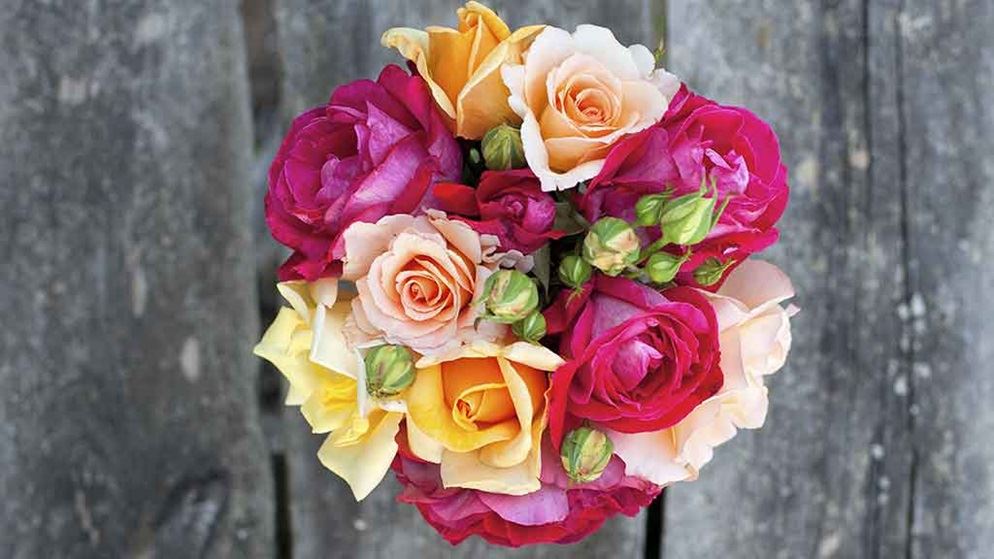 We all know the cliché. For a special occasion, nothing says 'I love you' like a bunch of fresh flowers. But CHOICE has uncovered some troubling secrets about the flower trade that might make you think twice before buying your next bouquet.

Where were your flowers grown?

Valentine's Day and Mother's Day are times of peak demand for cut flowers in Australia. Local growers alone can't meet this demand, so flowers are imported to make up the shortfall.

Flowers will sometimes be imported from countries with questionable worker conditions, such as Zimbabwe, Colombia or Kenya, where plantation workers can be forced to work up to 12 hours a day for less than one dollar, handle dangerous chemicals without protective gear and live in cramped, unsafe conditions.

Australian consumers have no way of knowing where flowers have come from because, unlike food items, they're not subject to country-of-origin labelling requirements. The best shoppers can hope for is a label somewhere on the bouquet that specifies whether the flowers are local or imported (or a combination of both).

Owen Brinson, president of Flowers Victoria, argues a fair trade certification scheme for imported cut flowers would be difficult given bouquets often contain different types of flowers, some of which are local and some imported.

"We need industry awareness first before consumer awareness," he says. "Traders should know where they're importing from and what issues may relate to that country – it might compel them to source from elsewhere."

"The great things about local cut flowers are the reduced need for refrigerated transport and storage and, by world standards, Australia's good work practices and fair pay for growers. But it's not as simple as 'imported bad, local good'; sometimes you just don't know.

"Personally, I like to get the odd bunch of cut flowers from farmers' markets, based on whatever is in season." She also suggests looking for suppliers of organically certified flowers, although they're not common.

Like many industries, the retail downturn is hitting flower growers hard. Japan is our biggest overseas market, but lately flowers have been a lot easier to import than export, thanks to our strong dollar.

Supermarkets are also squeezing the profit margins of local growers, thanks to what has been described by IbisWorld as an "unprecedented bargaining power of leading supermarket retailers over the supply chain" – a power that supermarkets are exploiting.

Brinson agrees supermarkets are putting downward pressure on producer prices for cut flowers. He adds that "when you pick up a cheap bunch of flowers at your local supermarket or convenience store, they're not the same quality as those you'd get in a florist and the sales staff aren't likely to be as well-trained".

Similarly, a 2011 IbisWorld report stated that "supermarkets and convenience stores are less equipped [than specialist florists] to minimise spoilage, without the precise temperature-controlled fridges used by florists, necessitating flowers that are more resilient as well as some margin for spoilage".

All cut flowers arriving in Australia need to be treated – devitalised – by the Australian Quarantine and Inspection Service (AQIS) to prevent them from being propagated in Australia and potentially introducing foreign diseases. About a decade ago, the quarantine procedures for imported flowers normally carried out domestically by AQIS were partially outsourced to accredited agencies in developing countries.

In 2009, the Queensland and Victorian peak flower-growing bodies claimed they had been able to successfully propagate flowers from imported roses and chrysanthemums – something quarantine procedures are supposed to prevent.

AQIS denied this, saying it tested 100% of incoming cut flower consignments at that time in response to the allegations and found none was able to be propagated.

If cut flowers are treated offshore, this will be done by an AQIS-audited and approved facility. AQIS randomly tests one-third of all consignments coming in, and should it detect a devitalisation failure it will deregister that facility.

More recently, the Department of Agriculture, Fisheries and Forestry (DAFF), under which AQIS falls, told CHOICE that "a further DAFF review of Australia's import protocol in 2009 confirmed the existing system is effective in detecting treatment failures" in cut flower stems.

Brinson believes the situation has "improved quite markedly" and he and Flowers Victoria are confident that imported cut flowers are being properly devitalised. But Lodi Pameijer, president of the Flower Association of Queensland Inc (FAQI), is less confident.

"We'd like to see devitalisation brought back onshore. There is a feeling among the industry that the current system isn't achieving what it's meant to," he said.

He has heard anecdotal evidence that local growers have been able to propagate imported roses after 2009. He stresses, however, that his and other state association groups are working with AQIS to maintain and improve the protection of Australia's biosecurity.

Fumigated and dipped in Roundup?

The devitalisation process involves dipping the flowers in Roundup, a glyphosate herbicide, for 20 minutes to within five centimetres of the flower head.

Most commercial flower consignments are also subject, at the importer's expense, to mandatory fumigation with methyl bromide to keep out any foreign insects or pests that may arrive with them, such as snails.

The use of methyl bromide has been banned in the EU for most purposes. If this and other chemical treatments are of concern to you, buying flowers locally is a good way to avoid them.

When it comes to Mother's Day or Valentine's Day gifts, Tanya Ha's approach is to think outside the bouquet. "The huge spike in demand for cut flowers for such a short window of time means increased use of carbon-intensive means to control temperatures, synthetic chemical use and so on. And the more humans intervene, the greater the environmental impact."

Lodi Pameijer agrees. "We accept that imported flowers have their role in the marketplace, especially to match peak demand times around Valentine's Day and Mother's Day. But growers would prefer to have all-year demand rather than just a few spots in the year.

"Buy flowers for birthdays, engagements, anniversaries, special occasions, any time you can – and go straight for the Australian-grown flowers and foliage, both all year round and seasonal. The NSW Christmas Bush is a highly dense evergreen shrub that appears around spring and summer. It loves sunshine and open fields but can also tolerate frost and filtered sun."

Ha suggests giving your mum a rose bush instead of a bouquet of roses. "A friend of mine was being courted and a few suitors brought her roses. The winner, however, gave her a ball of dirt with a stick pointing out of it – and it's been giving her roses ever since."

She argues that while this may be a little less conventional, it's a healthier and more sustainable option.

You can also be aware of what flowers are in season by looking at a flower seasonality chart.

Although prepared specifically for Queensland growers, it outlines suggested practices covering aspects of farm management that are applicable to all growers in all states, from legal requirements and staff safety to irrigation, energy use and pest/disease management.

And FAQI's quarterly Australian Flower Industry Magazine contains a range of articles and information written by industry experts specifically addressing the needs of the Australian cut flower and foliage industry.