Five plastics you can ditch today

With a struggling recycling market in Australia, these are the common, single-use plastic items you can ditch today. 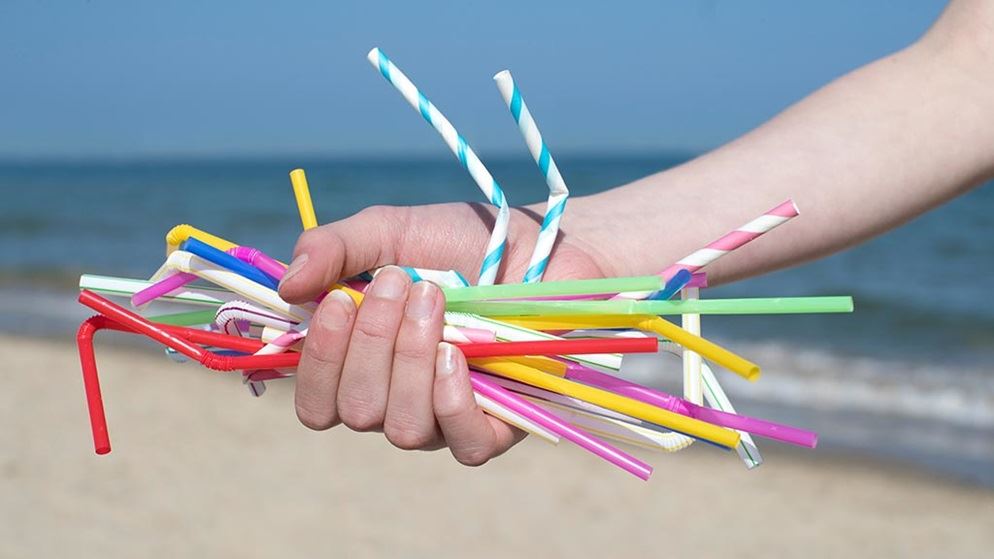 The world has reached its fill of plastic – it's been found in all corners of the globe, from the peak of Mount Everest to the mysterious depths of the Mariana Trench, 11km below the surface of the Pacific Ocean.

Recycling simply isn't the answer as it isn't keeping pace with production. As of 2015, only nine percent of the 6.3 billion metric tonnes of plastic waste generated globally had been recycled, and 79% had ended up in landfill or the environment.

With Australia's recycling industry in crisis due to China's ban on importing many streams of our waste, including soft plastics, it's even more crucial to reduce our reliance on single-use plastics.

Single-use plastic is about convenience – something few of us want to give up – but if you're keen to lighten your personal load, here are five plastics you can swap for a better alternative.

From 1 July all states except NSW have banned single-use lightweight plastic bags. Major retailers Coles and Woolworths have implemented bans in their stores nationwide, instead offering customers heavier plastic bags for a fee.

Plastic shopping bags were patented by a Swedish company in 1965 and by the late 1980s most supermarket chains had ditched paper bags in favour of them. They've been a routine part of the grocery shop ever since but there's a worldwide movement to ban single-use plastic bags.

More than 40 countries have either banned or partly banned single-use plastic bags, or tax or fine individuals and companies for using them. Australia has no national policy regarding their use, although all states except NSW have a ban in place or have committed to introducing one.

The problem with biodegradable bags

Biodegradable or compostable plastic bags aren't a simple fix either. In the Royal Society Open Science Journal, European scientists said not enough is known about how they break down in rivers, oceans and lakes for us to confidently use them as an alternative.

The study found biodegradable plastic bin liners may be appropriate in some situations but, "do not break down well in modern highly compacted landfills".

You can avoid using a bin liner by:

Some might think ditching bottled water is a no-brainer given that high quality tap water is available free or very cheaply, and bottled water can cost more than $3 a litre. But despite this Australian sales of bottled water are expected to grow more than three per cent per annum in the next few years.

The average consumption of bottled water by Australians is calculated to be 33.3L per person in 2018, contributing substantially to the more than 118,000 tonnes of plastic drinks bottles Australians buy every year. Making your own carbonated water and refilling your own water bottle can help reduce your plastic impact.

The problem with recycling

What about recycling? Unfortunately, less than half of the bottles sold are collected for recycling and most end up in landfill or the ocean.

Extracting the water, bottling it in virgin plastic and transporting it – often across the globe – exacts a heavy toll on the environment and the plastic waste accumulating in the oceans and on land is simply the most visible sign of its impact.

Some sources estimate that these bottles can take 450 years to break down in the environment – but as plastics were only invented last century, we have no direct evidence to support this. Plastics break down into tiny little pieces (microplastics) but don't decompose.

We use a plastic straw for approximately 20 minutes before discarding it as rubbish.

Plastic straws can't be recycled and they can contain Bisphenol-A (BPA) a chemical that has been shown to be toxic to the body when exposure is high.

The ABC has reported that Australians use about 10 million straws each day.

In April 2018 at the Commonwealth Heads of Government meeting, the UK proposed phasing out single-use plastics including straws and cottons buds. And in May the European Union proposed banning 10 of the most common single use plastic items, including straws, plastic cutlery, food containers, balloon sticks, plastic cups and lids, cotton buds, drink bottles and plastic bags.

Taiwan leads the pack internationally with a commitment to ban plastic straws from all food and beverage outlets by 2020, and a complete ban on all plastic bags, disposable utensils, plastic shopping bags, and disposable beverage cups by 2030.

Some venues in Australia are phasing out plastic straws and in the UK, fast-food chain McDonald's uses paper alternatives.

Just like all plastics, regular cling film does not truly biodegrade, is hard to recycle and ends up in landfill or the environment.

While supermarkets have been wrapping more and more of their fresh produce in cling film and single use plastics, conservation groups, such as the Boomerang Alliance, 1 Million Women and Greenpeace, are campaigning to stop the overuse of plastic on fruit and vegetables.

For domestic use, reusable options are easily available online and include beeswax-coated cotton cloths and stretchy silicone wraps.

Another option is to buy sealable glass or durable plastic storage containers, which help eliminate the need to use cling film to save leftovers.

The plastic stems of cotton buds are being flushed down toilets and accumulating in the ocean. Even worse, the stems are often made from polypropylene which doesn't biodegrade.

Peter Hadfield, spokesperson for Sydney Water, told CHOICE that people misguidedly flush plastic cotton buds and other plastic items down toilets, which, along with wet wipes and tampons, clog drains and sewers.

In the case of cotton buds, the plastic stems float to the surface in the sewage treatment plants and end up in the ocean via sewage outfalls. Hadfield says Sydney Water must continually clear the plastic debris caught in special traps.