In the world of online ticket scalping, supply and demand is king – and it's the fans who are losing out. 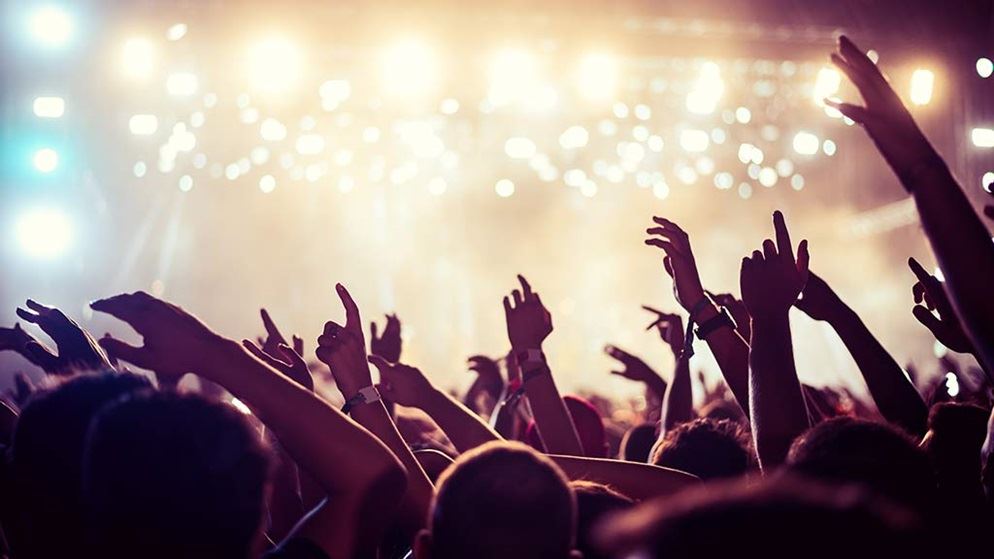 Stopped at the gate

Walter Jin's first Australian concert experience was a disappointment. When the international student made plans to attend Coldplay's Melbourne show last December, a friend directed him to the Viagogo site.

Not realising he wasn't on the official ticket seller's website, he spent $330 on a general admission ticket. He was emailed a PDF ticket which came with someone else's name on it and instructions to present the barcode at the gate.

It wasn't until Jin arrived at Etihad Stadium for the show that he realised he'd been conned. At the gate he was refused entry and sent to the box office, where his scalped ticket was voided by staff. He then had to pay $149 for a new ticket before he was let in the venue.

This isn't an isolated story. More than 400 people were turned away at the Australian Open tennis tournament this year because they held invalid tickets. And it isn't just the massive capital city venues. In January, over 50 people were caught out with dodgy tickets at a UB40 show in Fremantle.

Jin's certain he wasn't the only one who was duped by Viagogo. "I'm sure that many buyers only found out the tickets they bought on Viagogo were double or triple the original price after arriving at the concert," he says.

The ticket scalping scene – politely called the "secondary ticket market" – has seen a huge change in the last few years, as dedicated resale websites have moved into the market. Swiss-based Viagogo launched in Australia in late 2013, followed by Ticketmaster Resale in mid-2014.

Immediately popular, they were touted as safer alternatives to sites like eBay and Gumtree, where buyers had little to no recourse against fraudulent scalpers. "We bring fraud down," Viagogo CEO Eric Baker said at the time.

These sites act as middlemen for ticket on-sellers and their customers, providing the platforms to list tickets, in addition to facilitating the transaction. Sellers can list tickets at any price they want, and the free market takes care of the rest. The website takes a commission.

However, with their growing popularity comes the increased risk of buyers becoming unstuck. Profiteering scalpers have moved their business to the very platforms which were designed to thwart them. Scalpers are also known to let bots loose on primary market websites, buying up tickets faster than any human and on-selling to fans at a huge mark-up. Whether from scalpers or just plain bad sellers, people also report buying tickets that simply don't turn up.

"Cheapest in town": cashing in on consumer confusion

In many cases tickets are being on-sold to shows that haven't even sold out yet. When CHOICE visited Viagogo to check out prices to Adele's upcoming tour, we found listings for the "Cheapest in Sydney!" at $145. Far from it: these tickets were $41 more than the cheapest tickets still available through the official outlet.

Industry peak body Live Performance Australia (LPA) believes that while ticket on-selling should be permitted for fans who can no longer attend a performance, scalpers and the websites that profit from their business take money out of the sector.

"All that money's being made outside the industry and goes somewhere else," says LPA chief executive Evelyn Richardson. "The artists and the promoters who take the risk with the investment, and often see very low margins – they aren't seeing that money."

Ticketmaster Resale capitalises on the long-earned public trust in its parent brand (the resale business is owned by Ticketmaster Australasia, which runs it as a separate entity to its primary market outlet). It takes about 21% of the sale price of each resold ticket. When tickets bought through Ticketmaster are listed on Ticketmaster Resale, they are verified and new barcodes are issued to the secondary buyer.

But the site is also full of listings for shows that the company never even sold tickets for, which they aren't able to verify as being valid. There is no disclosure of which tickets were originally sold by Ticketmaster and which were sold by its rivals.

Buying their way to the top

Resale sites have every incentive to allow massively marked-up tickets in their listings, and the budget to ensure you find them first.

A tactic Viagogo seems fond of is to outbid authorised ticket outlets for top spots in Google results. While these paid links are marked with a small "ad" icon, even experienced searchers can see Viagogo's bold claim to be the "official Viagogo site" and think they are on a primary sale site. Unlike Ticketmaster Resale, it's not until you delve into the FAQ page that you learn that Viagogo is just a middleman.

Viagogo also engages in drip pricing, which is illegal in Australia. Prices can jump by 25% between ticket selection and checkout page. Hidden costs include a booking fee, a "secure ticket" handling fee, and Swiss value-added taxes (Viagogo does not appear to collect GST). Between fees paid by the seller and fees dripped in at the checkout, Viagogo takes in about 28% of the sale price.

"The important thing is consumer awareness," says Richardson. "People need to know where they're buying their ticket from, and if they're buying from the secondary market that they're aware of the risks associated."

What risks? Viagogo says it's selling "official tickets", and Ticketmaster Resale maintains it's "safe and secure".

Which is the best online payment method? We look at direct deposits, Poli, Bpay, Eftpos, credit cards and third parties such as PayPal.

Transactions through resale websites do work most of the time – most people get caught out after being sold doctored tickets, or when tickets simply don't arrive and they turn up at the box office assuming their confirmation email will get them in.

According to a Ticketmaster spokesperson, "The 'breakage rate', the term we use to describe when we have to replace or refund tickets, is less than 1% across all purchases. In the unlikely event of a ticket purchase going wrong, this is usually due to customer error rather than anything sinister."

But venues and promoters are increasingly taking measures to prevent tickets to their events being scalped, even if it means stopping all on-selling.

When Sarah-Jane Doig found herself unable to make the trip to Sydney last November to see the Crowded House's sold-out Opera House show, she tried unsuccessfully to get a refund. Having bought the tickets through Ticketmaster, her 'plan B' was to resell them on their site.

"I mentioned this to the Opera House ticketing rep and was strongly advised against it," Doig says. "She said they monitor all those public resale sites and cancel tickets. The recommendation was that if I needed to resell them to do it privately and for no more than face value.

"I really thought that Ticketmaster Resale should be a legit avenue to resell tickets purchased in association with Ticketmaster originally. But no."

"Unauthorised ticket reselling is an increasing problem facing the industry as a whole," said a spokesperson for the Sydney Opera House. "Particularly around high demand events where opportunistic scalpers are looking to take advantage of fans willing to pay a higher ticket price for the chance to see the performance."

"In line with our standard ticketing terms and conditions, the Opera House reserves the right to refuse admission to the bearer of tickets which have been on-sold without our permission."

LPA's Evelyn Richardson says promoters are finding creative ways to control the ticket market. "Increasingly our members will start providing channels for ticketholders to resell if, for example, they aren't able to attend an event anymore."

One example is the festival Splendour in the Grass, which hosts its own resale site. Big name touring bands such as Iron Maiden are also implementing their own anti-scalping practices.

Both Viagogo and Ticketmaster Resale offer their own consumer guarantees. Both promise to refund buyers if they receive the wrong tickets or are refused entry to the venue. Given enough notice, both say they will replace incorrect tickets with as good or better seats.

The Ticketmaster spokesperson says the level of fraud on the site was "miniscule", saying "All funds are held until an order is satisfied, meaning there is no incentive for a seller to list a fraudulent ticket." Viagogo has a similar policy, but did not respond to requests for comment.

While this might be cold comfort to anyone refused entry to an event, it goes some way to policing fraud on these sites. However, a read of their terms and conditions reveals a string of caveats that allow these businesses to shirk their refund responsibilities.

Keep your mouth shut if you know what's good for you

If you've bought a ticket through a resale site, the best way to find out if it's still valid is to contact the venue box office. If it's breached their terms and conditions, they'll void the ticket and might sell you a new, legitimate one. Annoying, but it's better to do this ahead of time than to find out on the date.

But Ticketmaster Resale has a policy in place seemingly designed to punish consumers who do just that. Their Buyers Agreement says, "All queries relating to tickets purchased via the website must be directed to Ticketmaster Resale … rather than to the relevant venue, promoter or producer." If you do contact the venue, and are later refused entry, "then you are not entitled to receive any refund under the Ticketmaster Guarantee." The same clause also denies refunds to anyone who breaches the ticket's terms and conditions – including, presumably, any bans against on-selling.

Ticketmaster told CHOICE, "Ticketmaster Resale is a safe and secure marketplace where individuals are able to buy and resell tickets, with all purchases backed by our industry-leading fan guarantee." Although they noted they didn't know of any customers who'd been denied a refund under this clause, they didn't answer questions about why this clause existed.

To claim a refund under the "Viagogo Guarantee", you must contact the company within 14 days of receiving your tickets, even if the show is months away. If you have problems on the day, Viagogo requires you to contact them within 48 hours. You might have to fill out a dispute claim form, to be returned within five days. Curiously, there is no time limit under Australian Consumer Law for seeking a refund for a major failure.

It wasn't easy for Coldplay fan Walter Jin to contact Viagogo for a refund, and judging by comments online he wasn't alone. Located in Geneva, the company has no Australian presence, and the only contact method on their website is an email form. Jin says he sent messages which were never received, which Viagogo eventually blamed on "server problems". After a frustrating effort contacting the company, he's given up on seeing his money again.

"I didn't have any responses," he says.

Update: In response to CHOICE's complaint to the ACCC, Ticketmaster Resale removed the clause from its Buyer's Agreement which prohibited its customers from contacting venues or promoters about tickets bought from the resale site. In August 2017, the ACCC launched legal action against Viagogo.