Using your own plastic containers at Coles, Woolworths and IGA

You already bring your own bags to the supermarket, so why not BYO plastic containers? 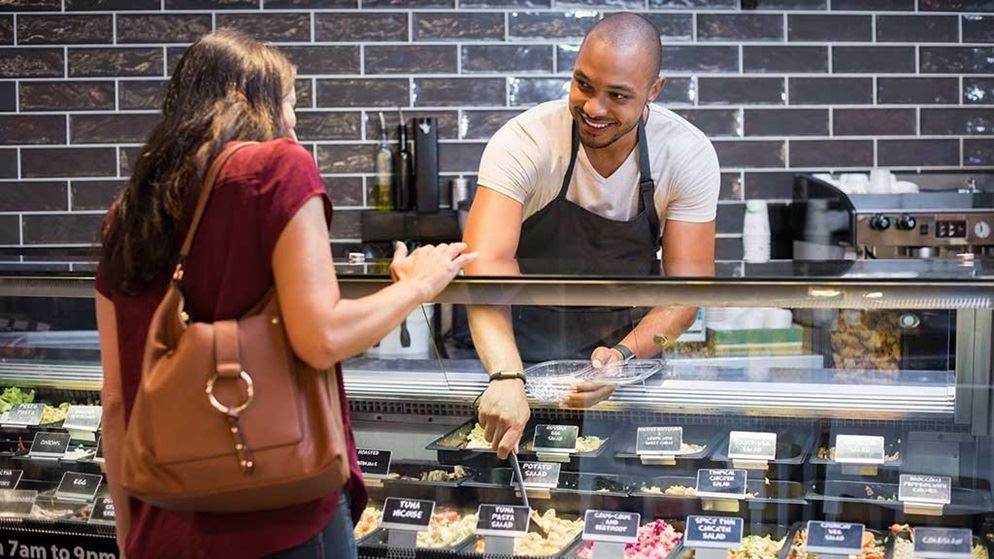 Keeping a lid on plastic containers

Most of us are comfortable with bringing reusable bags to the supermarket, but are we ready to commit to bringing our own reusable containers to take home things like pasta, salad or other deli items? And if so, are retailers ready to let us?

Can you bring your own plastic containers to the supermarket?

Coles and Woolworths tell us they don't have any immediate plans to start letting customers bring their own reusable plastic containers to fill at their delis, while IGA says they leave it up to individual stores to make the call.

Why won't supermarkets let people use their own containers?

A spokesperson for Coles tells us that their no-reusable container policy is based on hygiene concerns.

"Coles does not allow customers to bring in their own containers to use as it poses a health and safety risk," the spokesperson says. "It also makes it very difficult for us to do a thorough investigation if a customer becomes ill and we are unsure where the container used came from."

Woolworths has a similar view. "This is not something we can offer due to food safety and operational reasons," a spokesperson explains.

A representative from national independent grocery chain IGA says that they leave it up to individual stores to decide whether or not to let consumers bring their own containers.

Sydney-based journalist Charis Chang, who is making efforts to use less waste in her everyday life, is sceptical of the supermarkets' 'food safety' excuse. She says that when she asks retailers for a reason about why they won't let her use her own containers, the answers are "muddled".

"Some say it's for health and safety reasons, but others say they don't want to change their weighing machines to take into account my packaging," she notes. "I think the problem is that staff may forget to reset the scales after they tare it to my container and then the next person ends up getting extra food."

To support her theory that it's more about money than health, Chang has come across Woolworths staff who are open to bending the rules if there's no chance it will affect their bottom line.

"I recently went into my local Woolies … and saw they had crumbed chicken schnitzels being sold for $3 each," she reports. "I asked if I could buy two and since the only container I had with me was a large cloth napkin, I asked for them to be placed in the napkin.

"The deli worker initially said he had to weigh them but then realised he didn't. So he folded the schnitzels up in the napkin and put the sticker on top. There was no issue. I guess this supports the theory that it's more about having to weigh items than being about health and safety."

In mid-January, Caitlin Bradley went to her local Coles supermarket in New Town, Hobart, and tried to buy prawns and olives from the deli counter, but in a way that was a little different to other customers. The dentist and mum-of-two had brought her own glass containers to the store and asked the worker behind the deli counter if they could fill it, instead of using their usual disposable plastic containers. She says the staff member politely informed her that Coles' 'upper management' didn't permit customers to take food from the store that way.'

"If you were to put my deli products into my clean reusable container would it take so long that your profits would be threatened?" she later wrote in frustration on the supermarket's Facebook page. "Are you worried that I might accuse you of giving me salmonella poisoning?"

"I felt really disempowered," she says. "I ended up going to my local butcher and buying an entirely different dinner – but at least they were happy to fill my containers."

What the law says about bringing your own containers

Food Standards Australia New Zealand (FSANZ) confirms that none of the food safety laws in Australia prevent retailers from letting customers use their own containers.

"There are no requirements in the Food Standards Code regarding people bringing their own containers to purchase food from supermarkets, cafes etc.," says FSANZ spokesperson Aimee Griffith.

"It is up to the retailer to determine the measures they put in place to ensure food is safe and suitable."

Griffith also says that the agency is unaware of any incidents where people have suffered from food poisoning because they ate food that was bought this way.

However, individual state and territory agencies are responsible for interpretation and enforcement of the code so slightly different guidelines may apply. The NSW Food Authority, for example, stipulates that all food containers must be "thoroughly cleaned [and] sanitised".

Anecdotally it seems that smaller retailers tend to be more open to the idea of letting customers use their own containers to take away food.

In 2018, Nyssa Maisch and her husband Kim co-founded Trashless Takeaway – a Tasmanian-based website where people share their experiences of cafes, restaurants, bakeries, breweries and other food outlets around Australia that have accepted reusable containers.

Maisch says that it's slowly becoming more common for businesses to get on board with the reusable container trend, and she's in the process of having stickers printed and sent to reusable-friendly businesses so customers will know their policies. She says different businesses use different systems.

"Butchers might be happy to tare off their scales," she says. "Or other businesses may go by 'scoops' for certain products, which also makes it easier for them to accommodate the different shapes and sizes [of containers that] customers bring in." 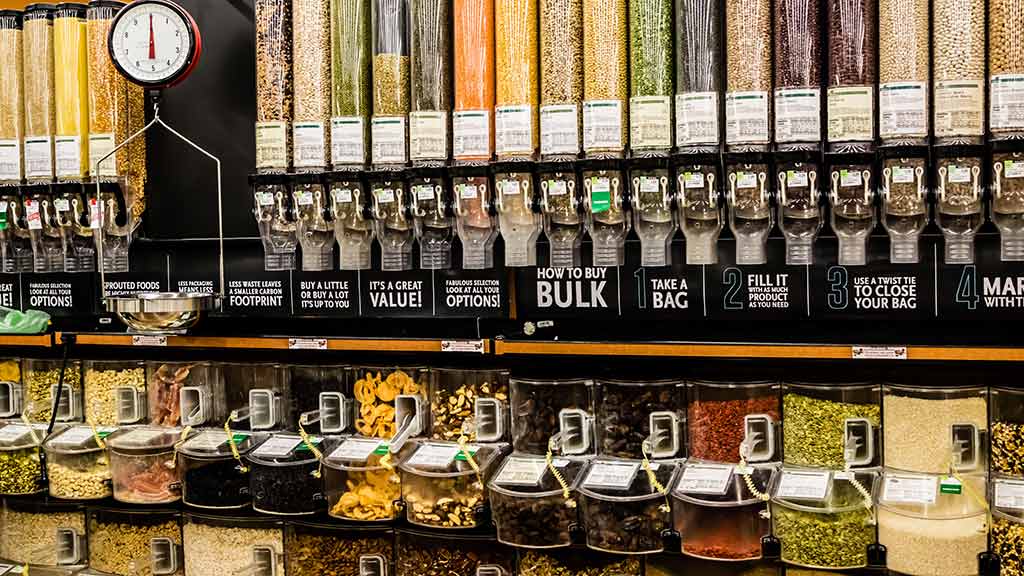 "It's slowly becoming more common for businesses to get on board with the reusable container."

Anthony Iacono co-owns Bertoni, a cafe in Balmain, Sydney. He says he's more than happy to accommodate anyone who wants to bring their own containers to take home food such as salad or pasta. Where possible, he uses a separate container to measure the food and then transfers it to the customer's container, but if discrepancies happen he doesn't worry too much.

"If we end up giving them a little bit extra because they don't have a standard container then we don't really care," he says. "We believe the customer is always right and as long as it's not illegal we're happy to put ourselves out, especially if it's the right thing to do."

The state and federal governments have joined forces with the Australian Packaging Covenant Organisation (APCO) and business leaders including Woolworths and Coca-Cola Amatil to create the 2025 National Packaging Waste Target, which aims to make 100% of Australia’s packaging either recyclable, reusable or compostable by 2025.

Although they don't have a policy to allow customers to bring their own containers, Coles and Woolworths both emphasise that they're making efforts to reduce their plastic use in other ways.

Woolworths claims its plastic bag ban, which began in mid-2018, will take 3.2 billion single-use plastic bags out of circulation every year. They're also planning trials to remove plastic packaging from 20 fruit and vegetable lines over the next six months.

The National Packaging Waste Target aims to make 100% of Australia’s packaging either recyclable, reusable or compostable by 2025

Coles points to its Redcycle soft plastics recycling program, which it says has diverted more than 542 million pieces of flexible plastic from landfill since it was launched in 2011.

But Julia Steenkamp, course coordinator for the Master of Food and Packaging Innovation at the University of Melbourne, says that recycling is only a tiny part of the solution, and that extending the life cycle of any packaging is one of the most effective ways to minimise plastic pollution.

She points out that there's little point in creating ambitious recycling targets such as the 2025 National Packaging Waste Target if consumers aren't educated about the correct way to dispose of this kind of packaging or if there's inadequate infrastructure to deal with it.

"We know that many of the councils around Australia send their recycling waste to landfill because we don't have a large enough market for all of our recyclable waste," she points out. "We were sending it to China but now China doesn't want it. So then what do we do? It goes to landfill."

A survey conducted by the Department of Environment and Energy found over 3.5 million tonnes of plastic were consumed in Australia in 2016–17, whereas only 415,200 tonnes were recycled, a rate of just under 12%. 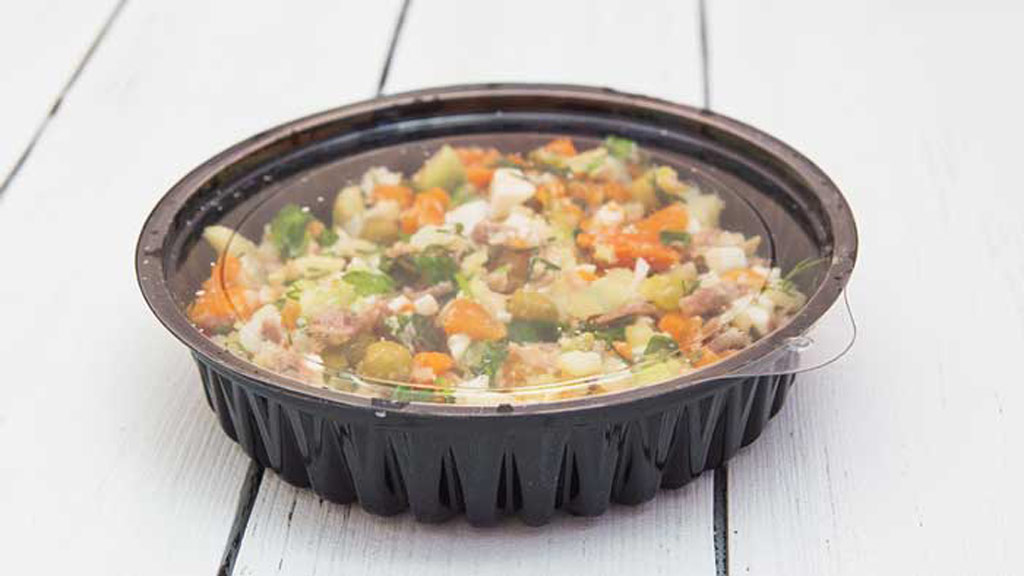 "Extending the life cycle of any packaging is one of the most effective ways to minimise plastic pollution."

Steenkamp agrees that letting customers bring their own containers is a much more environmentally friendly option than resorting to single-use plastic just for transportation.

"I'd love to see us work towards more shops letting you take your own container," she says, adding that packaging can sometimes be beneficial if it helps with food preservation, but that it serves little purpose if it's simply for taking food from one place to another.

"If it's only to carry or contain the product then of course – why can't we?"

Correction 30 May 2019: An earlier version of this story stated that the Department of Environment and Energy found over 3.5 billion tonnes of plastic were consumed in Australia in 2016–17, whereas only 293,900 tonnes were recycled. The correct figures are 3.5 million tonnes of plastic were consumed and 415,200 tonnes were recycled.