How to ensure food is tasted, not wasted. 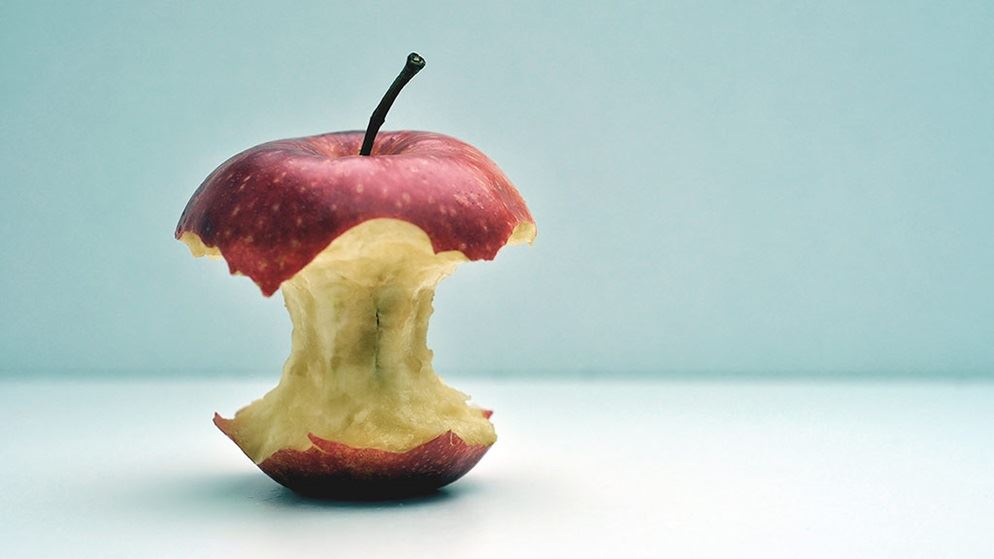 How much food do you waste?

Food waste is a serious problem – one that's of increasing concern to consumers. Yet despite this, Aussies throw out a whopping $8bn worth of edible food every year.

Not only does this contribute to landfill and release the greenhouse gas methane when it decomposes, but when you throw out food you also waste the nutrients, water and energy used in every stage from the paddock to your plate. In other words, everything that goes into growing, processing, storing, refrigerating and transporting it.

Australian households throw out a staggering 4.9 million tonnes of food every year – that's 631kg per household. And an additional 3 million tonnes of food is binned at the commercial and industrial level (waste from schools, restaurants, offices, retail and wholesale businesses, and industries including manufacturing). And these figures don't even take into account the hundreds of thousands of tonnes of food wasted at the farm level – crops that are abandoned in the field, culled after harvest, or rejected at market for example.

It's not all doom and gloom, though. There's an increasing range of local, state and national initiatives that are tackling the food waste issue head on and helping to divert food from landfill. And making a few small changes to your food habits at home can also make a big difference.

Estimates vary, but as much as 40% of all the fruit and vegetables our farmers produce are rejected before they even reach the shops – mainly because they don't meet the strict cosmetic standards of supermarkets and some consumers. And this doesn't just occur in Australia.

Early last year, Intermarché, the third-largest supermarket chain in France, set out to reduce this type of waste by launching its 'Inglorious fruits and vegetables' campaign, selling 'non-calibrated and imperfect fruits and vegetables' at a cheaper price. A massive 1.2 tonnes of this fruit and veg per store was sold during the first two days. The campaign was so successful that five of Intermarché's competitors went on to launch a similar offer.

In September the initiative hit our shores in the form of Harris Farm Markets 'Imperfect picks', which was followed a couple of months later by an offering from Woolworths, 'The Odd Bunch'.

Not only do these campaigns reduce the amount of perfectly good produce going to landfill simply because it's blemished or a weird shape, and allow growers to get money for more of their crops, but consumers get the same quality (if a little uglier) fruit and veg for a cheaper price. And of course the retailers increase their business by selling a brand new line of products.

Charities rescue food for the hungry

Every year, organisations like Foodbank, SecondBite, OzHarvest and FareShare divert thousands of tonnes of food from landfill and redistribute it to welfare agencies and community food programs, like soup vans, school breakfast programs or homeless shelters, where it's used to feed people who might otherwise go hungry.

Each operates slightly differently, but generally these charities accept donations from anyone in the food supply chain from primary producers, manufacturers, warehouses and distribution centres, wholesalers, agents and importers through to markets, caterers, supermarkets and providores.

The food that's rescued may be products that are out of specification, close to their expiry date, have incorrect labelling or damaged packaging, or be excess stock or deleted lines. And it's not always just non-perishable produce. OzHarvest, for example, collects anything from quality surplus fresh fruit and veg and fresh meat, to pre-prepared sandwiches and meals, cupcakes and muffins left over from corporate events, film shoots and boardrooms or not sold that day in delis and cafes.

The impact these food rescue charities have on food waste and the environment is significant. SecondBite rescued and redistributed 3900 tonnes (3.9 million kilograms) of food in 2013, for example.

Reducing food waste in the home

While the bulk of food waste occurs before it even makes it into your home, consumers are still big contributors - approximately 35% of the average household bin is food.

In 2009, the NSW Environment Protection Agency conducted a survey of NSW households and found that up to 20% of the food purchased was discarded, which equates to one in every five grocery bags bought. Fresh food and leftovers were thrown away in the greatest quantities (33% and 27% respectively of the food discarded).

The survey results showed three main reasons we waste food at home. First, we buy too much. This was due to a variety of reasons, including not planning meals in advance, not shopping to a list, shopping when we're hungry, not checking what food we already had at home before going shopping or being tempted by '2 for 1' specials or deals in store.

Second, we cook too much. We'd rather have more food than not enough food, or we serve up portion sizes that are too big so meals don't get finished. Finally, we store food poorly, whether it's leaving food in its original packaging or forgetting about putting leftovers in the fridge or freezer.

A follow-up survey in 2012 found improvements in some areas. More people were meal planning and sticking to a shopping list and fewer people were just buying food based on what was on special or cooking extra food 'just in case'. Food left in the fridge or freezer for too long and needing to be thrown out was the number one reason cited for food waste.

There are a number of great online resources that give practical advice for reducing household food waste. Here are a selection of their top tips.