Supermarkets dominate bottleshop sales, but not everyone's toasting their success.

Who likes saving on alcohol?

Buying your booze at bargain prices is one way to keep costs down for your weekly shop or a special event. The best prices are usually found at the large, supermarket-chain owned bottle shops, but what are their retail practices – and our buying habits – doing to smaller retailers and long-term competition in the industry?

Woolworths and Coles dominate Australia's liquor industry, making it virtually impossible for smaller, independent retailers to compete. And while the buying power of these two giants has undoubtedly driven down prices for consumers, their sustained below-cost prices are crippling the competition. We take a look at the impacts of this aggressive discounting and what it may ultimately mean for consumers. 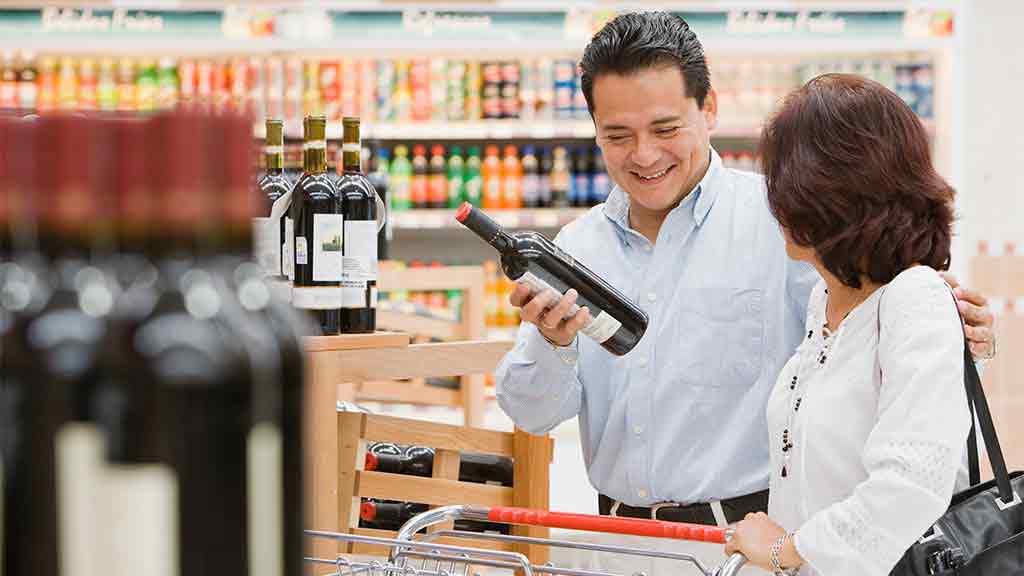 Australia's largest supermarket groups, Wesfarmers (Coles) and Woolworths, together control around 60% of the liquor retail industry in Australia – having bought up pubs, hotels, licences, competitor retailers and chains. And according to the IBISWorld industry report from April 2014, their dominance is only set to grow, with another 270 stores between them planned for the next two years.

Industry research group IBISWorld says this expansion is largely at the expense of independent retailers. Back in 2010, they predicted the liquor industry may even be completely absorbed by supermarkets by the end of 2014–15.

Knocking off the competition

Supermarkets can offer cheap prices by marketing 'loss leaders' – products they sell below wholesale cost – and by benefiting from wholesale discounts and rebates that aren't available to smaller competitors.

"We might pay $22 wholesale for a bottle of scotch and see it retailing at Dan Murphy's for $20," says Franc Gionta, Chief Executive of Amato's Liquor Mart, a family-owned bottle shop in Leichhardt, NSW. "I don't know how they fund it – wholesalers tell me we get the same trade price. The majors must be covering the difference themselves."

Philip Connolly, who owns two liquor outlets in Sydney, tells a similar story. "We recently bought Crown Lager direct from Carlton Brewery for a wholesale price of $51 per carton, and put it on sale in the shops for $55. At the same time, Dan Murphy's had Crown on special at $75 for two cartons."

When below-cost selling occurs in a fairly concentrated market, the typical fear is that once the competition is reduced or squeezed out, major players will recoup lost revenue through higher prices. So if these loss-leader products are being sold, shouldn't the regulators take action?

"If a business is engaged in predatory pricing – that is, below-cost pricing designed to damage or drive competitors from the market – then the Australian Competition and Consumer Commission (ACCC) can act under our competition laws," says Dr Craig Emerson, former Minister for Competition Policy and Consumer Affairs.

"A court dealing with a predatory pricing case does not have to be satisfied that the accused business can recover its losses after it sees its rival out of the market. At the same time, however, we need to be careful about stopping businesses offering consumers lower prices. Sometimes complaints are made in the name of protecting existing businesses from competition."

The ACCC tells us it will take seriously any information that shows below-cost pricing is being used to damage other competitors. "Where there is information to suggest this is occurring, the ACCC will investigate," a spokesperson says.

The ACCC has had good cause for concern around the misuse of market power in liquor retailing, as both Coles and Woolworths have previously been found guilty of illegal conduct. In 2005 and 2006, the ACCC completed successful legal action against Coles (Liquorland) and Woolworths for anti-competitive liquor deals.

Both had knocked down competitors' applications for new liquor licenses, but agreed to withdraw their objections if the independents signed restrictive agreements to help eliminate them as rivals. Liquorland was fined $4.75 million for the dirty dealing, and Woolworths copped a $7 million bill.

We checked the prices of some popular beer, wine and spirits at 11 stores on Sydney's North Shore, including the Coles and Woolworths-owned outlets, one IGA Plus Liquor store and four independents. We also asked the Liquor Merchants Association of Australia for beer and spirit wholesale prices, and found that retail prices set below those trade prices are common for beer, particularly in the large stores (there was almost no below-cost selling of spirits).

However, the wholesale price guide isn't necessarily indicative of the true cost, because all retailers negotiate their own prices with their suppliers, and some get discounts and rebates of up to 20%.

Rise of the cleanskins

The wine industry has been dramatically affected by an oversupply, as well as by a strong Australian dollar that's hurting export sales. Coles and Woolworths have a booming market with their own label and unbranded wines known as 'cleanskins'.

By bottling up unused wine for retailers to sell unbranded, winemakers can clear excess stock without damaging their brand integrity. And consumers have embraced cleanskins, which for many people have replaced branded cask wine (aka goon) at the budget end of the market, and offered considerable savings over more expensive branded bottles.

But some people think cheap cleanskins and own-brand wines are hurting the industry. "The two major supermarkets are now in an increasingly strong market position to dictate to suppliers," says Mark McKenzie, Executive Director of Wine Grape Growers' Australia. "The dominance of supermarket-owned wine brands made under contract is squeezing wine producers' profits. And while consumers are enjoying low prices now, there will be a huge cost to the variety of Australian wines available."

"The chronic oversupply is all our own doing – we're not blaming the retailers for that," says Stephen Strachan formerly of the Winemakers' Federation of Australia. "But retailers are using the surplus to introduce their own brands to the market, which ultimately comes at a cost to established brands. For an established brand owner it is soul-destroying to see your brand unnecessarily discounted in the marketplace, undoing all of the hard work you have done over the last five or even 10 years."

The supermarkets deny claims like these. "Cleanskins intrinsically exist due to the chronic oversupply in the Australian wine industry, and blaming retailers for the wine glut is drawing a rather long bow," says a Coles spokesperson. "The reality is that cleanskins are an avenue for producers to sell their excess wine, with less long-term impact to their brands. While we offer a sizable range of cleanskins, they are only a small part of our overall wine range. We continue to support Australian wine producers, large and small."