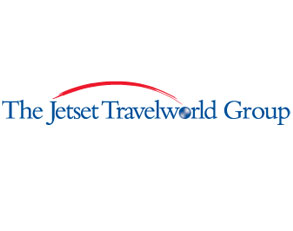 Having saved many long years for your dream Aral Sea cruise, and realising it's now or never and you've saved a grand total of zilch, you pay for it on credit card. And there's a bonus – if something goes wrong – like the cruise company goes belly-up along with the Aral Sea itself – you can use chargeback to get your money back.

Chargeback is a service that allows you to apply to your credit card company to get your money back if goods or services you've paid for with your credit card aren't provided. They, in turn, will get the money back from the people you paid. CHOICE believes chargeback rights are vital when it comes to travel, particularly international travel where insolvency isn't usually covered by travel insurance.

This is why our shonky radar bleeped into overdrive when we discovered, buried in its terms and conditions (which you DO read, don't you?), that Jetset and other members of the Jetset Travelworld Group (Travelworld, Harvey World Travel and Best Flights) requires you to waive your chargeback rights in its booking terms and conditions. The group commands one-third of the travel industry market share, so it's a big player.

These travel agents are shirking their duty to take responsibility for the actions or conditions of merchants with whom they do business and have a commercial relationship. Consumers shouldn't have to bear the risk of non-delivery of services effectively recommended by the agent, leaving them to work out any dispute directly with the merchant. If your grasp of Uzbek is shaky at the best of times, it will be even worse at 3am on a dodgy phone line when you're trying to negotiate a refund.

True, what Jetset Travelworld Group is doing is not illegal, but we reckon asking consumers to waive this vital consumer protection is unethical and dodgy, and a fine example of shonkosity.

Jetset Travelworld Group have recently amended their contract terms and conditions, removing any mention of the word "chargeback".

However we think that they are still asking consumers to sign away an important consumer protection. The new terms and conditions inform consumers that if they do not receive a service that they have paid for, liability for the undelivered service is "against the provider only and not against us". In our view, these weasel words essentially have the same effect as the original clause.

CHOICE referred Jetset Travelworld Group to the ACCC for it's new clauses. After receiving a tip-off from a member, CHOICE also referred Flight Centre for including a similar clause in its terms and conditions.

NSW Fair Trading asked the Jetset Travelworld Group to explain their previous contract terms and conditions regarding a clause that consumers waive their chargeback rights provided through credit and debit cards, reducing the protection available to consumers where services fail to be provided.