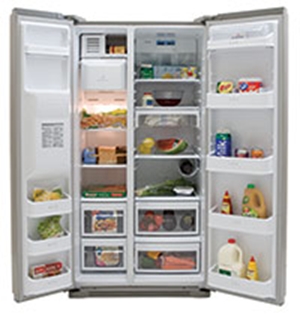 Our fridge reviews earlier this year turned up a rather unexpected surprise – and not just the leftover curry hiding at the back of the top shelf. We found the energy use for one of the LG models (the side-by-side GC-L197NFS) was way higher than their star label stated.

This isn't unprecedented for LG – in 2004 they made 4A-rated water efficiency claims for numerous washing machines before they were certified, while in 2006 they gave court-enforceable undertakings to offer consumers rebates to cover the extra energy costs that five of its air conditioners would use based on overstated efficiency on the energy labels.

In the case of the fridge, the star-rating label is based on energy consumption while the fridge is in energy-saving mode, which is activated under conditions which include those used for energy testing.

While saving energy if you are away on holiday, it also causes large temperature fluctuations in the freezer, which can be detrimental to the quality of your food. Under everyday use, it's energy consumption is increased. LG has since given undertakings to the Australian Competition and Consumer Commission (ACCC) to compensate people who've bought that fridge for the higher-than-expected electricity costs they'll be paying.