Go easy on your wallet and the planet with these power-saving tips. 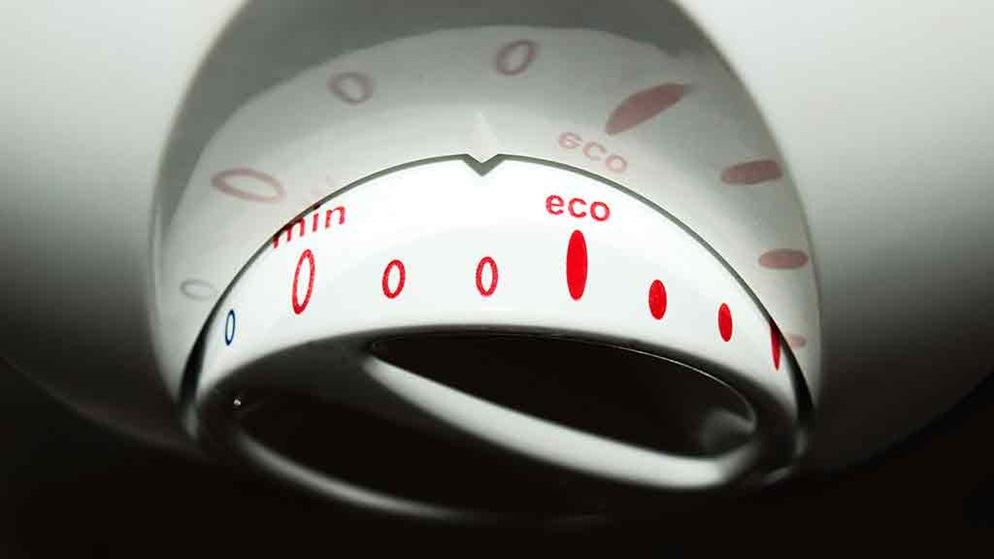 Keeping cool about your power bill

It's the appliance that never sleeps. Your fridge is one of the few electrical items in your house that's always on, so it's pretty important that its energy use is easy on the planet and on your wallet.

And while energy efficiency ratings have been looking better and better over the past decade or so, unfortunately these improvements have occasionally led to poor temperature control in refrigerators, which can also affect your back pocket. So it's important to do you research before deciding on the best fridge for you.

Energy efficiency is an important consideration when choosing a fridge because your fridge is responsible for around 8% of your total household energy consumption, so opting for an efficient fridge will translate to big savings.

While larger fridges will use more energy overall than smaller ones, the energy star ratings help you compare relative energy efficiency. Choose the fridge with more stars when choosing between two similar sized models because it will cost you less to run.

How much less? Here's the difference in running costs for the same capacity fridge with different energy star ratings: 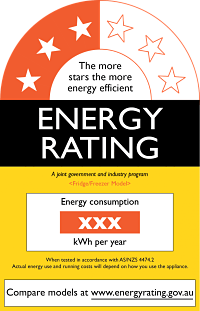 The lower the energy consumption figure, the less energy the appliance uses and the cheaper it is to run.

Find the annual running cost of your new fridge by multiplying the energy consumption figure by your electricity price.

How much will a fridge cost to run per year?

The star rating will let you know how your fridge performs based on its size, but the number on the energy rating label gives you the raw figures, which may be more useful. Multiply this number by your energy cost to get an estimate of what it will cost you per year to run your fridge. For example:

Some fridges save on energy by having longer periods where the compressor is off, which causes the temperatures inside to fluctuate. Ice cream is a good indicator of temperature fluctuation, as it can partially melt during the off cycle and then form gritty crystals when it refreezes.

While you have some control over temperature settings, you have no control over large temperature swings (when the compressor stops and starts) or poor temperature uniformity. Poor uniformity may mean an average 3°C in the fresh food compartment, but more than 5°C in other parts like the door shelf. This can result in milk going off much faster than you'd expect.

If you want to know more about how different fridges on the market perform, check out our fridge tests: they'll tell you all you need to know about the temperature performance of popular models.

If you have a teenager or someone who loves to just open the fridge and stare into it for ages, wishing a particular food was there or slowly making up their mind about what to plunder (every home has one), they're making it that much harder for the fridge to fill up the cold again, costing you money. Think of the long-term running costs as part of the purchase price of the fridge.

In one round of fridge reviews, we opened and closed three fridges of various sizes to see what kind of fluctuations would occur and get an idea of just how much more energy you use when you open the fridge door. Using conservative experiments, we found an increase of 5–14% in running costs. Some manufacturers have also carried out similar experiments, claiming a 40% increase in running costs. That means an extra $500 in energy bills over 10 years of running your fridge, which you could've spent on food instead.

While this isn't a case for putting a padlock on the fridge, when you're planning your meal or thinking about getting something from the fridge, try doing it quickly and efficiently.

Is your new fridge really new?

When shopping for a new fridge, most people assume it is exactly that – new. However, it's not unheard of to have a fridge sit in a warehouse or on the shop floor for months or even years before it's sold. Who knows how many times it has been moved around, knocked about or even damaged in that time? It's not impossible to check the manufacture date of a fridge before buying it, but it can involve a bit of sleuthing as it's often encoded solely for manufacturer use.

For instance, out of six fridges we tested there were three that had the date inside their door in the format of a serial number. The first digit represents the year and the next two the week in that year the fridge was manufactured. Most people are unlikely to look for the label of the fridge to check it. Even if the coding can be clearly seen, that's only going to help if you're purchasing the floor sample.

If you are unhappy with the date on the model delivered, you may want to query the retailer and ask for a model with a more recent date. Many products purchased require a date of manufacture. It can be argued that the older a fridge is, the more likely the deterioration of elements such as seals. For the benefit of consumers, CHOICE would like to see all appliances clearly labelled with the year of manufacture to ensure that new really means new.

Energy use aside, in order for a fridge to be environmentally friendly it should contain gases that won't contribute to ozone depletion or global warming. Gases inside a fridge are used as refrigerant (part of the cooling mechanism), and for blowing (making air bubbles in and distributing) the insulation, which keeps the compartments cool.

In the past, fridges and freezers used chlorofluorocarbons (CFCs) and hydrochlorofluorocarbons (HCFCs) as refrigerants and blowing gases, both of which are ozone-depleting gases. CFCs aren't allowed in modern fridges, and while HCFCs aren't scheduled to be phased out till 2020, it's now uncommon to find them in fridges on the Australian market.

Manufacturers still use the hydrofluorocarbon (HFC) refrigerant R134a. HFCs don't deplete the ozone layer but are still active greenhouse gases. A more environmentally sound refrigerant used by more and more manufacturers is R600a (a hydrocarbon called isobutane). Manufacturers are gradually turning over their fridge ranges to incorporate R600a, a more environmentally friendly refrigerant than R134a. R600a also claims better energy efficiency. One of the downsides of R600a is that it's flammable, unlike R134a; however the small quantities used in refrigeration make this a very low risk. Our conversations with manufacturers regarding this changeover come with assurances that both the design of the fridges have improved to cope with this change.