Everdure claim you'll go from zero to hero in 15 minutes if you use their BBQ. 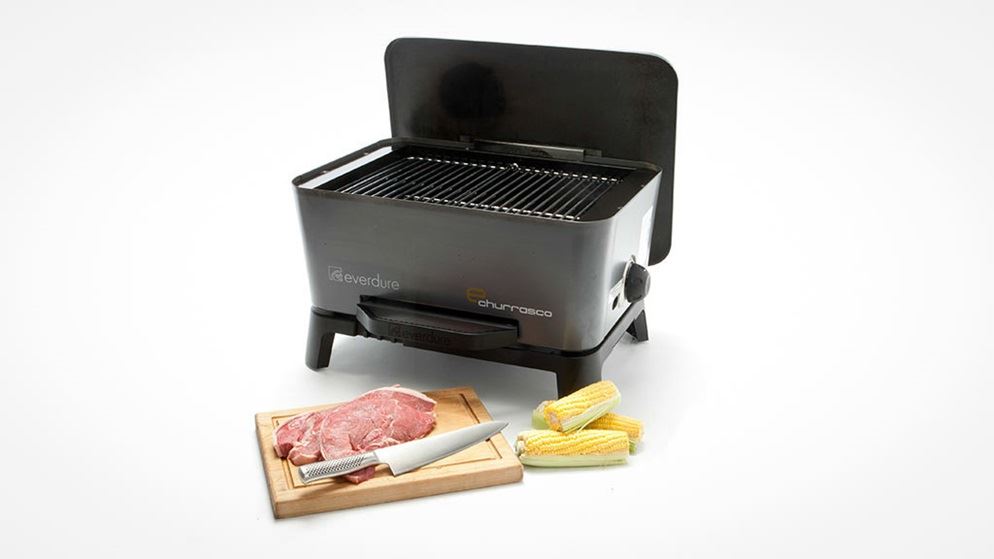 Dual options in a gas-fuelled BBQ

Gas is an efficient and clean way to enjoy an outdoor BBQ, but some people still prefer the distinctive chargrilled flavour from charcoal briquettes. However, the process involved in lighting the heat beads and then waiting about 45 minutes to get a BBQ to the ideal cooking temperature can be a pain.

We set out to find if the Everdure eChurrasco barbecue is the answer we've been waiting for.

The Everdure eChurrasco is a dual-fuel BBQ that allows you to cook using gas, or with gas ignition, to fast track the heating of the briquettes. The manufacturer claims this method can take you from "zero to hero in 15 minutes".

The Everdure is small and compact, so it's well-suited to homes with limited space, but without handles it was awkward to carry – tricky if you wanted to take it travelling. On the plus side, the controls are simple to use and we found gas ignition of the briquettes a breeze.

Off with the gas

After eight minutes the gas is turned off, with the briquettes reaching optimum temperature for cooking less than 10 minutes later. The hood covers the BBQ when it's not in use, but doesn't allow cooking with the lid on. It also acts as an effective wind shield – although the sides of the BBQ are not protected from drafts.

The tray below the grill plate holds the briquettes (approximately 30) and when using gas ignition the heating up process is undeniably faster. The downside is that you lose the 20 minutes you'd normally spend standing around the BBQ gasbagging about how good this country is and who's going to win the footy/MasterChef. 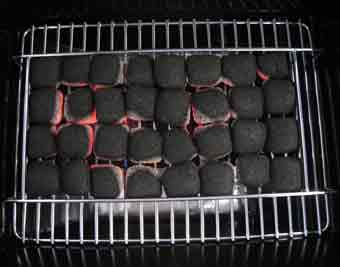 After turning off the gas at eight minutes, the briquettes have progressed as expected. 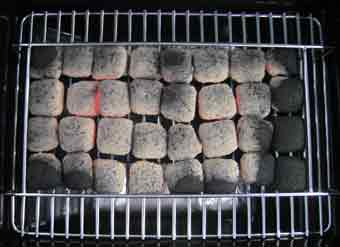 At the 18-minute mark you can see that many of the briquettes are at their optimum, but the edge is still not ready for cooking

With a small optimum area of cooking, you'll need to move your food around the grill – even when the briquettes are fully lit.

When cooking with the briquettes, our tester had issues with fat dripping from sausages onto the beads, causing smoke and the occasional flare up. Cooking steak didn't fare any better, with flames developing in some areas. Excessive smoke and excessively charred meat has been raised as a potential carcinogen, and should be avoided wherever possible.

The sweet spot for cooking is also not as large as we'd like, particularly when you consider the limited cooking area available.

You may get a chargrilled flavour using the Everdure BBQ, but you'll also have to deal with the hassle of cleaning the undercarriage tray and getting rid of the briquette ash after the meal.

Which means you may find yourself using this BBQ more often as a gas-only solution. And if you cook using this method, don't expect good performance.

Yes, the Everdure eChurrasco does provide a solution to the challenge of chargrilling without the long wait, but the actual results from our cooking test suggest it would be better to wait the extra 30 minutes and enjoy the chargrilled BBQ experience on a dedicated (often cheaper) unit.

Alternatively, go with a good gas-only BBQ and enjoy a better overall cooking result. Check out our full BBQ review for the best buys on the market.