Closing the door on the creditworthy 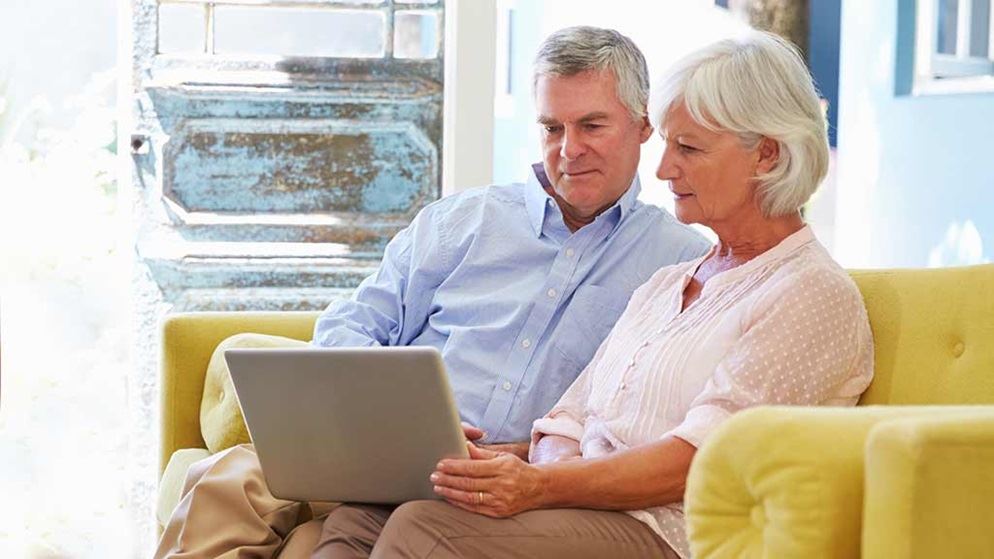 When you apply for a credit card online, the bank will no doubt want to know whether you have a job and how much you earn.

It’s a really good question for a creditor to ask, but what if you don’t happen to have a job because you’re retired? Apparently banks see retirees as an inherent credit risk and have set up their systems accordingly.

Blind trust in your super fund manager is never a good financial strategy. Find out why in our buying guide.

CHOICE has heard from a number of retirees in recent years who say they've had credit card applications or increases knocked back because they had no current work or substantial investment income.

What they often do have on hand is considerable assets in the form of superannuation and other investments, but these assets are generally not taken into account during the online application process.

It's a situation that can leave seniors high and dry if they want to use a credit card for travel or online activity and falls somewhere between an annoying inconvenience and a serious impediment to enjoying your retirement years.

One self-funded retiree got in touch with us recently after having trouble demonstrating her creditworthiness.

"Our situation is that we have very considerable assets and a generous super fund that we draw down on as we need to, but because our regular monthly super pension payment isn't very high, the banks don't like our figures," she says.

"It appears that when banks look at credit risk and our ability to repay our card debt, they only take into consideration my husband's income – I have a separate super fund with more income – and they do not consider any assets at all. They just look at income."

The woman and her husband's recent attempt to get a credit increase on their Westpac Altitude Black card, mainly for travel purposes, was a case in point.

"We'd previously been through a similar exercise applying for a credit card with HSBC, and gave up on that application. It all got too hard. That's when we applied to Westpac, and after a bit of a battle they grudgingly allowed us a card, but our limit is so low that it's not very useful."

When the couple requested a credit increase, Westpac said no.

"We have a friend with considerably more assets than we do, and she has been refused an increase on her cards too, on the same basis, so it's a common problem," the retiree tells us.

The CHOICE community weighs in

We hear plenty of similar tales on our CHOICE Community forum. One retiree whose credit card application was denied says, "The loan manager has told me my assets are irrelevant, only income from employment can be counted. I feel trapped by my bank as I understand if I change banks I would not qualify for any credit all."

Another says, "We had great difficulty in obtaining finance for the construction of our next home. We own our existing home outright, we have no other personal loans, and three credit cards between us which are paid off in full every month and no defaults on our credit report.

"There appears to be a lack of appreciation that retirees are just as capable of managing their financial affairs as any other age demographic", the Community member continues. "Financial Institutions seem to adopt either a bullying or condescending manner when dealing with 'age positive' customers, and as such should be subject to discrimination laws."

Even credit cards with small limits can be out of reach for those who lack a regular pay cheque, as this Community member found: "I'm on a disability pension with a great credit rating, bills have always been paid on time, and I can't get approved for a credit card for $2000, which would only be used for emergency vet treatments for my dogs. Even the bank which I've been a member of for over 25 years turned me down."

Are banks behind the times?

It's a problem that doesn't come as news to National Seniors Australia, which lobbies for the rights of seniors, including financial rights.

National Seniors Australia's financial information desk senior officer Basil La Brooy told us the organisation has received a number of complaints from members cut off from credit, including credit cards, because they weren't currently employed.

"This is crazy when you think how many older people receive income from a variety of investments, including superannuation, share portfolios, and properties," Mr La Brooy said. "It highlights the need for banks to take a more flexible approach that suits their customers' individual situations and needs, rather than taking an outdated, blanket approach."

"It's really time the banks and other institutions became more attuned to the everyday needs of older Australians and provided practical and flexible services to meet their needs."

Handing out credit to kids

It's all the more confounding when you consider how far banks will go to extend credit to the presumably less creditworthy, such as teens and twentysomethings.

CHOICE recently saw an ad from NAB aimed at youngsters that offered a quick $10,000 loan designed to be paid back at the rate of a mere $45 per week over seven years. The interest rate was a hair-raising 15.74% including fees, which equates to a total of around $16,380 owed to the bank over the life of the loan. As personal loans go, it doesn't get much worse. But you certainly wouldn't know that from the marketing.

Then there's the troubling fact that primary schools have long received commissions for helping sign kids up to the Commonwealth Bank's Dollarmites account, a practice that CHOICE opposes, not least because a credit card offer would almost certainly be in the works up the road. (But the good news is that CBA has committed to ending, or at least revising, the practice in 2018. Until then, schools will continue to receive a $5 commission for every Dollarmites account and 5% share of every deposit that's made at the school, capped at $10.)

With banks falling all over themselves to foist their products on consumers will little or no credit history, why is it so hard for the demonstrably more creditworthy to access credit? We asked the Australian Banking Association (ABA).

The ABA has a somewhat different take on the issue than the disgruntled retirees we heard from.

ABA chief economist Tony Pearson told CHOICE that banks are willing to take individual circumstances into account, and that customers can contact the bank if the online application process doesn't adequately assess their financial circumstances.

"Like all credit providers, banks are required to comply with responsible lending obligations when providing credit to their customers. No two customers are the same so each case will be assessed individually in line with these obligations. In completing an online application, a customer may contact their bank to provide additional information to assist with demonstrating their financial situation."

It sounds reassuring, but it doesn't quite accord with what we've been hearing from bank customers.

Will extra documentation do the trick?

ANZ says retirees can show proof of income with one of the following documents:

Similarly, Westpac says you can present documentation proving retirement income, self-funded annuity or investment income, including one of the following:

But not all banks accept such documents. The retiree who got in touch with us went to the trouble of putting her and her husband's case for a credit increase to the manager of the local Westpac branch, to no avail.

"The manager said that there's nothing he could do, even though he's seen a complete rundown of our considerable worth and said he understood our problem," she says.