Consumers have very specific rights when it comes to debt collection – and it really helps to know them. 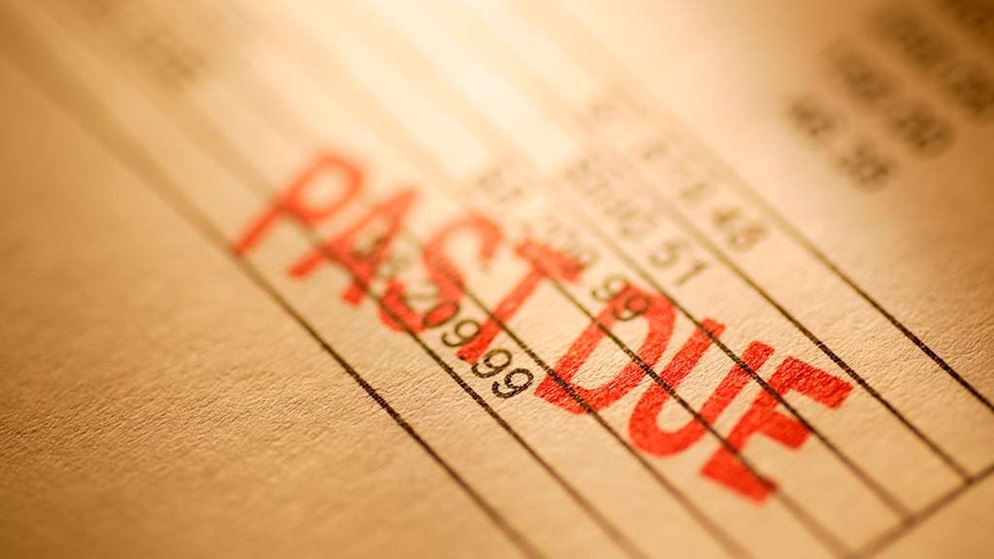 Debt collectors are meant to play by the rules, but often they don't. That's when it can feel like you're being hounded by a band of hired thugs – not really what you're looking for when you're already under economic stress.

Coercive and harassing behaviour is strictly illegal, but it's hardly unheard of in the industry. It's even worse when more than one debt collection outfit is coming after you at the same time over the same debt, an industry tactic quaintly known as "tiered" debt collection.

The ACCC and ASIC are in the process of trying to clean up the debt collection industry. But despite some improvements in recent years, there is still plenty of cleaning up to be done.

In 1988, the ratio of household debt to disposable income was 64%. In 2015 it was 185%. And life is getting more expensive. In our most recent Consumer Pulse survey, eight out of ten Australians reported that household bills and expenses had increased over the previous 12 months, and 36% said they had increased a lot.

In terms of Gross Domestic Product (GDP), Australia is leading the world in borrowing versus producing. Australian citizens and residents borrow 25% more money than is created by the economy – the theory being that the economy is bound to make up the difference, presumably through the steady rise in housing prices. (Those who were burnt by the GFC might call this a dangerous game, but that's another story.)

Most of this is mortgage debt, not the type that debt collectors generally go after (the bank just takes your house if you don't pay). But the numbers set the tone for an economy in which debt collection businesses find plenty of work.

There are some big players in the highly competitive Australian debt collection market – firms such as Dun & Bradstreet or ACM Group – but 95% of debt collection agencies are small operations employing less than 20 people. And 63% of them turn over less than $200,000 a year.

Barriers to entry are low. At the moment there are roughly 551 debt collection businesses in Australia scrambling to grab their piece of the bad debt market. In total, the industry is pulling in about $1 billion a year in revenue.

It's not hard to see how abuse might occur with so many debt collectors prowling about. The smaller firms that dominate the market generally don't have the technology to keep track of whether they're violating restrictions such as contacting debtors too often, the main cause of complaints.

The smaller firms have a notably worse compliance record than the larger ones, and the vast majority of firms are small.

Rough play in the debt collection market goes back a long way in Australia, as it no doubt does in many other countries. An article in a 1978 edition of the Monash University Law Review, for instance, makes the case that "unfair debt collection practices are widely used in Australia", particularly the practice of businesses sending out letters doctored up to look like they're from debt collections agencies or the legal system itself.

Practices such as this are specifically outlawed by current legislation, as is publicly shaming people or threatening their jobs or credit ratings, tactics that are also mentioned in the article and that still happen today.

2012, Victoria's Consumer Action Law Centre (CALC) released a report detailing several instances of heavy-handed tactics by debt collectors chasing overdue energy bills, a sector where there are plenty of unpaid bills. The tactics including threatening to repossess a woman's car, insisting on unaffordable payment plans and calling debtors up to six times a day.

Another Victorian whose case was taken on by CALC cancelled an energy contract within the cooling off period but fell into the hands of a debt collection agency anyway. Through some kind of mix-up, Lumo Energy continued to bill her even though she was receiving energy from a different provider.

Seeking to recover $188.95 from the 69-year-old single pensioner who lived on less than $26,000 a year, debt collectors acting for Lumo called repeatedly, sent threatening letters and visited the woman's residence.

And in June this year, the ACCC started court proceedings against the debt collection firm ACM Group, which was chasing debt sold to it by Telstra. The ACCC has accused ACM of telling debtors that legal action was about to commence when it wasn't; of saying their credit rating would be adversely affected without having grounds to say such a thing; and of generally over-contacting and harassing the debtors.

In 2012, ACM was convicted of harassment and coercion – including threatening to publicly expose debtors – in a court case brought by ASIC.

To be fair, there may be more bad debtors out there than bad debt collectors, although that doesn't excuse unethical or illegal behaviour by collectors. According to one industry source we spoke to (a former debt collector who has worked for both large and small operations), most agencies try to do the right thing, and small agencies in particular are careful not to break the rules for fear of losing their licence.

"Workplace cultures can vary massively in the industry," the woman tells us. "With smaller firms, you have more discretion over how to approach the situation, which makes sense because debts are so personal. With the bigger firms, it's all about roto-dialling and there's much less flexibility. If you're caught overstepping the boundaries they put you in for training. With smaller firms you'd probably be shown the door."

But she doesn't hesitate to point to bad actors on the loose.

"There are people in the industry that take a lot of licence with the law," she says. One favourite trick is to indirectly expose the debtor to someone in a position of authority over them, since directly revealing that a person is being pursued by a debt collector is strictly prohibited.

The tactic involves contacting the authority in question and saying the debtor should get in touch "so we can resolve this matter" or similar language. It doesn't take much for the person in a position of authority over the debtor to read between the lines. Debt collectors who are adept as such tactics are in demand and tend to thrive in the industry, although this approach would only happen if the collector wasn't able to contact the debtor through other methods.

Then again, some people habitually welch on their debts to the detriment of creditors who can't afford to be stiffed. "I had a lot of clients who were mum and dad businesses, and these people just can't wear the cost of unpaid debt. Unless you turn the heat up just enough to make them sweat and realise the matter's not going to go away, they won't take it seriously."

Read our tips on what to do if you're having trouble paying your energy bill.

Regulation in the debt collection sector is a bit of a mess. Different states have different regs, and enforcement bodies vary as well. Consumer protection is looked after by both ASIC and the ACCC, but actual enforcement is left to state fair trading agencies, the police, or a combination of both. As a consequence, oversight and enforcement of the rules is less than spot-on.

The federally applicable Australian Consumer Law (ACL) doesn't directly address the issue of debt collection, but it does include a ban on harassment – a recurring problem in the sector.

Debt collectors need a licence to operate, except in Victoria and the ACT, and the criteria for getting a licence varies considerably between jurisdictions. Generally, a person has to be of "good character" and have a basic understanding of the laws governing debt collection to go into the debt collection business.

Victoria has its own set of rules, which take a more pre-emptory approach. Anyone who's been convicted of coercion, harassment or physical violence can't become a debt collector, lest they draw on these tendencies in their new job. The state also provides protections that go beyond those that apply to other states and territories.

Do's and don'ts of debt collection

What a debt collector can do:

What a debt collector can't do:

What a debt collector also can't do in Victoria:

Financial Counselling Australia (FCA) is the peak body representing 800 financial counsellors around the country who provide free financial advice on a variety of subjects, including the subject of debt recovery.

We talked to the FCA about some of the current issues in the debt collection space and what to watch out for:

Need help? Contact Financial Counselling Australia at info@financialcounsellingaustralia.org.au or call 1800 007 007 to talk to a counsellor in your state or territory.