The networked Nest cameras and smoke detector help you keep an eye on your home from anywhere in the world. 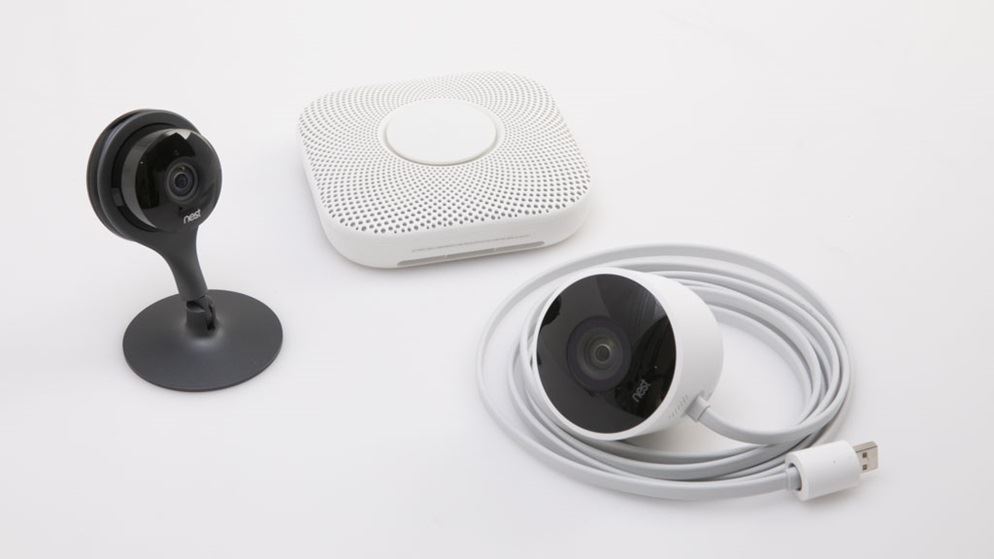 There's no shortage of retail DIY home security equipment out there, but few have lived up to their consumer friendly claims. However, the Nest security system, which includes indoor and outdoor cameras as well as a smoke detector, is well designed and surprisingly easy to set up. You don't need any kind of networking expertise to rig up the equipment and keep an eye on your home from anywhere in the world, provided you have a good internet connection. But you do need deep pockets.

Nest home security cameras are available in two flavours, each with the necessary USB cables and USB-to-240V power point converters.

Once activated, they provide round-the-clock coverage of your home. They stream video to a smartphone, tablet or computer web browser using your home Wi-Fi and Nest's cloud service, and upload a portion to your account for review. A Nest camera doesn't use any local storage whatsoever, so you can tap in wherever you want, as long as you're connected to the internet via broadband or a 3G/4G mobile network. 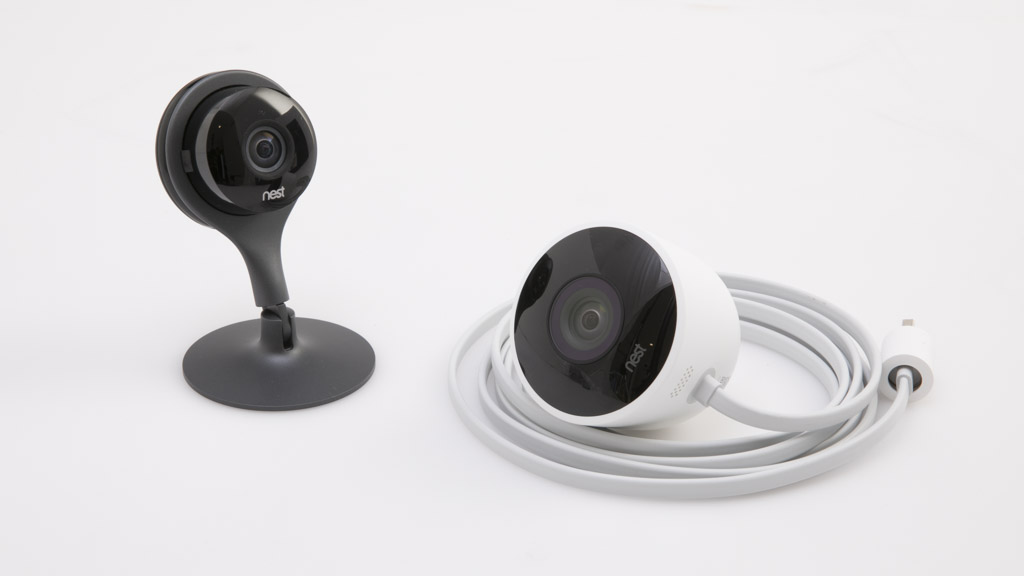 What can they do?

The available features and functions vary depending on whether you stick with the free service or sign up for a Nest Aware subscription. A free account will notify you by phone and email when the cameras detect movement or sounds, and give you access to incident snapshots in the cloud for three hours. Pony up for a paid account that costs $14 a month per device, and you'll get access to:

You can bump up video history to 30 days for $30 a month, and get two months free on either option if you buy an annual subscription. These subscriptions are activated on a per-device basis. You could, for example, buy three cameras, sign one up to Aware, and leave the other two on a free account.

Everything is controlled via the app or web portal, including:

There's also the option to create a list of emergency contacts, so you can get in touch with emergency services, family or your neighbour, for example, if something seems amiss.

Video is captured in 1080p by default, while live streams are available in 360p, 720p or 1080p. You can adjust these to suit your bandwidth and data limits, or let Nest adjust on the fly. 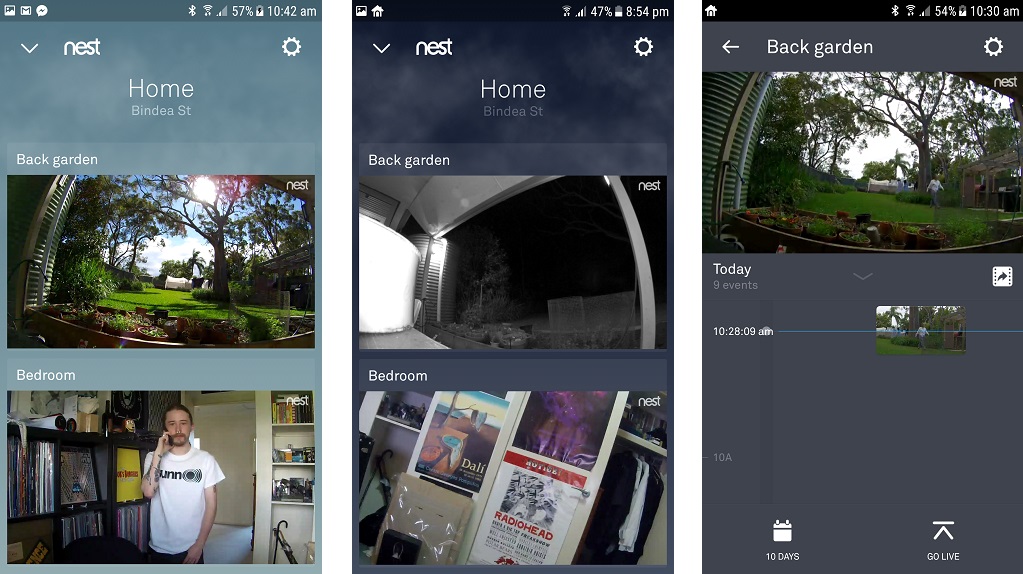 The Nest app displays a live feed during the day (left), at night (centre) and in review mode (right).

How well do they work?

The indoor and outdoor cameras are essentially plug and play (with a little QR code scanning), simple to use and deliver on almost all of their promises. Cameras quickly ping your smartphone, tablet and email when they detect movement, whether the subject is smack bang in the middle, or in the bottom corner, of its field of view. Movement needs to be relatively substantial, and both cameras do a pretty good job at ignoring things like plants and animals. However, you'll probably get the occasional notification about a tree branch in the wind, a pet cat, or a pet cat climbing on a tree branch.

Mic sensitivity is adjustable as well, so you won't receive a stream of notifications if you live in a noisy area.

You can also use the camera to have a conversation with the person poking around your home, as it includes a speaker and support for a smartphone mic.

Nest Aware ups the ante by differentiating between general motion and human figures. If an Aware-activated camera spots a body, it will send a different alert. It also enhances the microphone software, so it can identify human speech from dog barks, and adds custom detection zones. This lets you highlight a space within the camera's field of view to add special instructions, such as 'ignore'. Say there's a birds nest in your backyard with heavy winged traffic that regularly pings your phone – you can highlight the space and tell your camera to dismiss any activity. 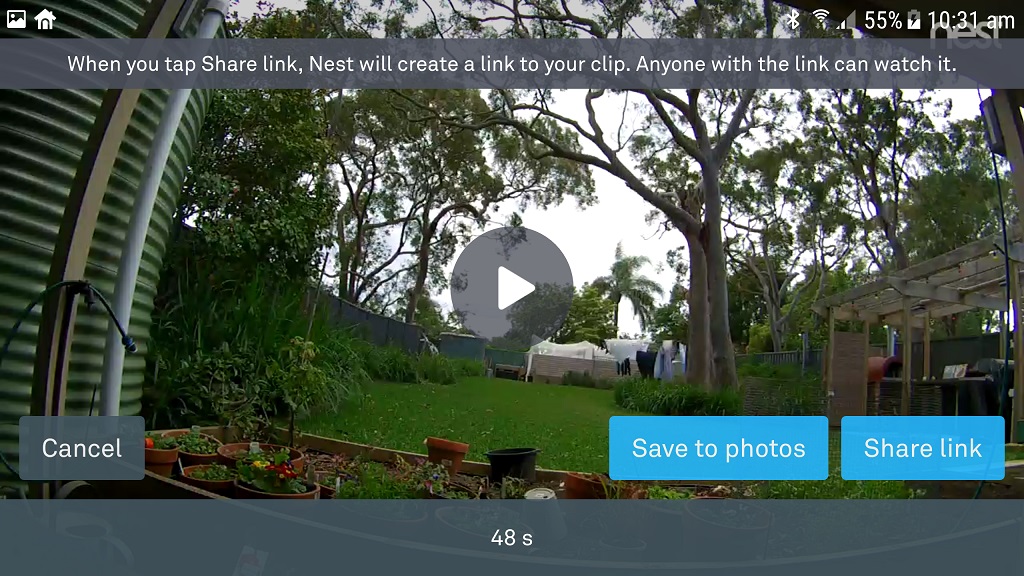 Nest cameras and data use

Though the cameras are active 24 hours a day by default, you can only review footage with a Nest Aware account. Once activated, you have the freedom to browse recent footage using a timeline on the app or web browser. Wading through hours and hours of video sounds like an arduous task, but Nest makes things a lot easier by highlighting alert points that you can quickly jump between. If you find something worth keeping, the clips tool will convert the capture into a short video (30 seconds by default), which is saved to your account. From here, you can download it as an .mp4 file, or even share it on social media if you really want.

But while this is a useful addition, it demands a serious chunk of data. The default mid-quality setting chews through a whopping 120GB every month, and even low-quality video still requires 30GB, minimum. Free accounts use far less data, as they only upload when someone is watching the live stream, according to Nest.

You'd probably need at least three cameras with Nest Aware to keep an eye on the average home; one out the front, one in the back and an indoor camera for the loungeroom. That amounts to 360GB of data every month. To put this in perspective, high-definition Netflix uses 3GB of data per hour. The average person watches 18 hours of TV a week, which converts to 216GB of streaming data per month. A home protected by Nest needs approximately 150GB more data than HD Netflix.

Nest has been designed for a world with high-speed internet access at home, work and on the go, something which just isn't accessible in Australia. We tested live streams during peak and off-peak usage periods in a typical suburban home with an ADSL2 connection, and found live footage to be a little laggy and blocky, even in well-lit environments. Once we hit peak time around 7.00pm, the stream dropped out every few minutes and fell to a low resolution.

Default medium-quality uploads require around 0.5 Mbps, while full quality needs 1.2Mbps per camera. This is all well and good in theory as it fits within the limitations of an ADSL connection, but almost all connected homes have a number of devices vying for limited bandwidth. This isn't a slight against Nest mind you, it's just a service built for a market with much better infrastructure than Australia.

Other than that, the Nest cameras are robust home security products with just a few shortcomings:

It also lacked a few features we felt were essential or at least useful, such as: 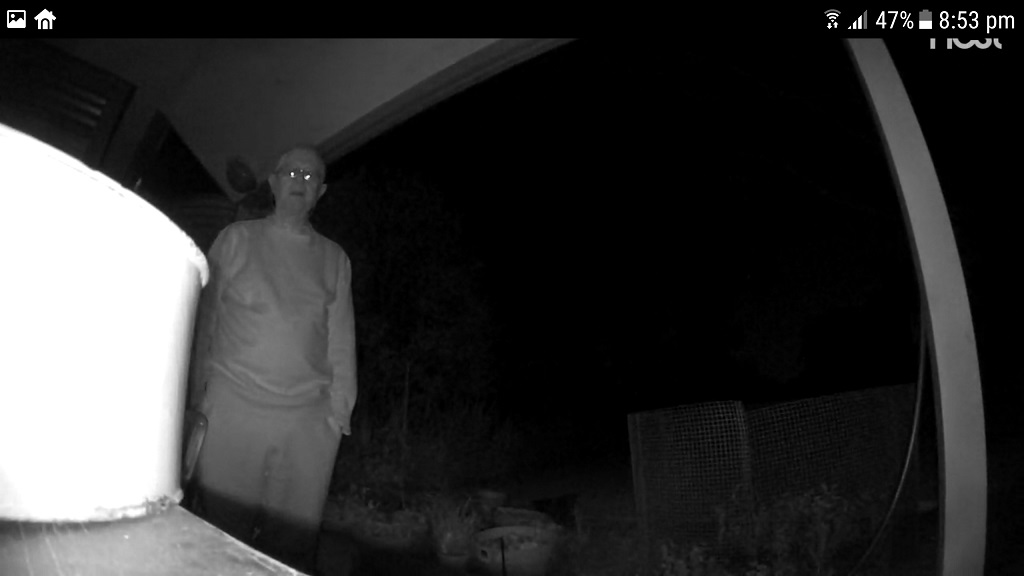 Identifying people in night vision can be difficult until they're right in front of the camera.

These cameras can also communicate with Google products (both companies are owned by Alphabet Inc.). For example, Nest supports voice controls via Google Home – a 'smart speaker' that uses an intelligent personal assistant (like Apple's Siri) to carry out a user's voice commands.

It can also sync with Nest's smoke detector, Nest Protect (sold separately – $189). Protect is similar to the cameras, in that it pings your phone when it detects a potential emergency – in this case smoke, or carbon monoxide which can indicate a fire. If you add one to the same account as your cameras, the app will give you the option to open up a live stream to observe and record the fire when Protect identifies an emergency. This helps you to identify the incident's severity, and maintain a record for police, your insurer, and so on.

We tested these functions by lighting a small fire under controlled conditions to activate the smoke detector. As well as setting off an alarm, Nest Protect announced the location of the fire and notified the phone within seconds. These notifications were incremental, starting with a small alert before flashing red when the smoke became thick enough to indicate a significant fire. The app's options to open emergency contacts or connect to a Nest camera were obvious and easy to access.

If you're interested in checking out some alternatives, take a look at our smoke alarm reviews. 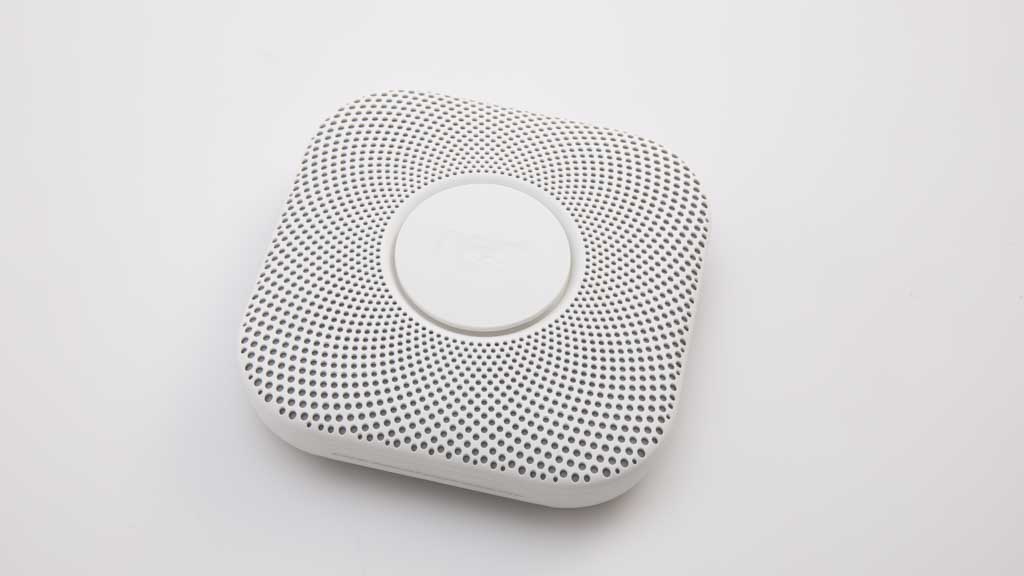 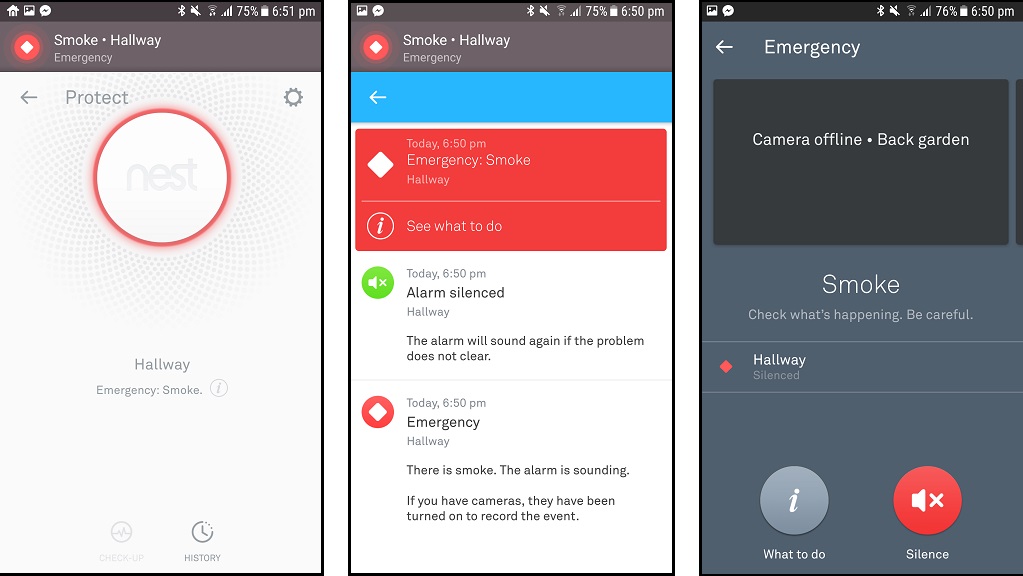 Nest Protect app during an incident. Note that we silenced the alarm ourselves. The app attempted to open the camera that we had disconnected. Offline notification was not a fault of the app.

Aside from the lack of battery backup and local storage, the Nest cameras are a good, if somewhat expensive, home security solution. They're easy to use, the app works as promised, and the centralised nature of the software makes it easy to manage and monitor your entire house at the same time. Plus, the simple integration with other Nest and Google products is a great incentive to invest in a single ecosystem. As far as ease of use goes, Nest knocks it out of the park.

But even if you're willing to foot the subscription bill to open up all the security functions, Australia's less-than-ideal internet speeds put a chokehold on Nest and hold it back from being a great piece of kit. Until our infrastructure is ironed out, few Australians will be able to fully utilise the features on offer. If you're lucky enough to live in an area with suitable speeds and bandwidth however, you'll appreciate the ease of use, notifications, and set and forget functionality.