How to load your fridge

Cut down on energy bills and spoiled food. 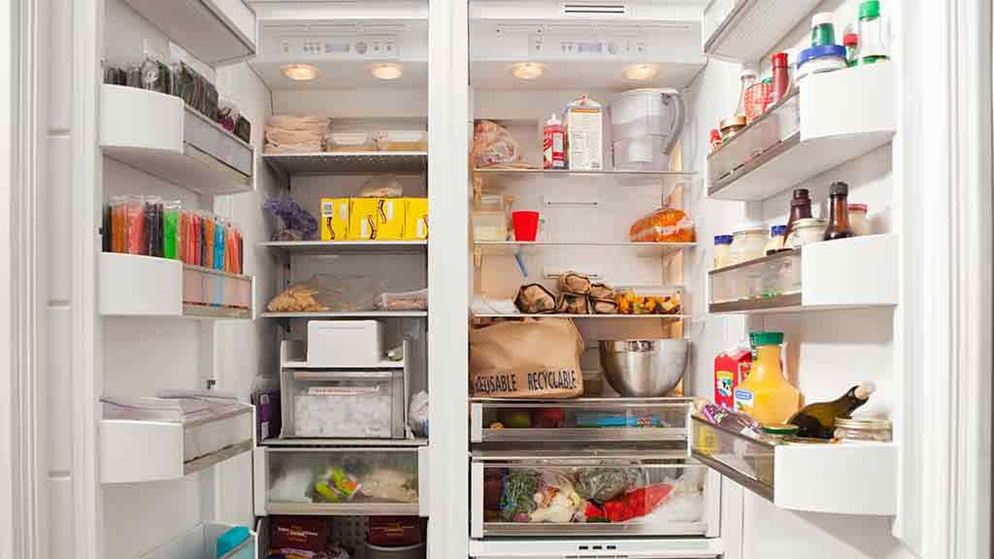 Any way you stack it

Do you have a system for stacking your fridge, or do you just jam food in wherever it fits?

Your approach can have a big impact on your energy bills, how long your food lasts and even how it tastes, so it's worth considering next time you're putting away the shopping. A well-organised fridge could also mean you're less likely to forget about something and find it liquefied into a putrid puddle.

Unfortunately, even the best fridge will have warmer and colder sections. The good news is different types of food do best at slightly different temperatures so, with planning, your food will last longer as well as be easier to find.

Need a new fridge? Our expert fridge reviews compare over 50 different models from brands including Fisher & Paykel, LG, Miele, Smeg, Westinghouse and more to help you find one that keeps your food perfectly chilled at the right price.

Meat and fish will keep for longer and stay in better condition if stored at around zero degrees. That's colder than your fridge's main compartment, so store them in a chiller if you have one – it's designed specifically for colder temperatures and isolates its contents, helping to prevent cross-contamination of bacteria and odours. Chillers also keep spills contained.

Don't have a chiller? Then aim for the coldest part of your fridge. You can check where that is with a thermometer, but generally it's the area at the back which is less susceptible to warm draughts when the door's opened. And consider freezing those steaks if you're not barbecuing in the next few days.

If your fridge has a dairy compartment, then use it – it's slightly warmer than the rest of your fridge so your butter will be easier to spread and your cheeses will be closer to serving temperature. This does mean that cheese won't last as long – especially soft cheese, which can be prone to listeria contamination – so if you're not going to eat it straight away, keep your cheese in the main fridge compartment, which is cooler than the dairy compartment.

Dairy compartments also come with a cover, which helps prevent your dairy delights from absorbing odours from other foods.

When it comes to condiments, convenience is key, so keep them in the door or at the front of the top shelf. Condiments and sauces tend to be more robust than other foods, so a precise temperature isn't as important. The same goes for soft drinks, juice, wine and other cool drinks – chances are you'll be reaching for these regularly, so position them where you can grab them quickly and minimise door opening time to help keep fridge temperatures stable.

Those plastic egg holders that came with your fridge? They're not all they're cracked up to be. Eggs should be stored in their original carton: it keeps them safe, slows moisture loss, stops them absorbing food odours (yes, egg shells are porous enough to do that!) and it means you won't lose track of the use-by date. Fresh eggs should keep well for about a month in your fridge.

The crisper – an enclosed drawer at the bottom of most fresh-food compartments – is designed to keep your fruit and vegies fresh. A good crisper should be cool and well-sealed, which means it won't be as dry as the rest of the fridge, so your vegies should stay fresh for longer. Check that the fridge's air outlets don't blow into it as this will dry them out faster.

Contrary to popular belief, your tomatoes don't belong in your fridge. Keeping them in a fruit bowl on the counter keeps them bursting with flavour.

If you're like 99.95% of us then you keep your milk in the door, right at the front. It's super convenient and keeps the bottle upright, helping prevent messy leaks, but the door shelves can be warmer than ideal for keeping milk (which is best stored at or below 4°C). If you want your milk to last longer, keep it in a colder place in the body of the fridge.

Refrigeration keeps food fresher for longer, right? Well not when it comes to bread, which should be kept well wrapped at room temperature. Why? Because aside from moisture loss, one of the biggest contributing factors to your bread going hard and stale is the starch from the wheat it's made from forming (or rather, reforming) into crystals, which happens faster in cooler temperatures. So you'll go from tasty baguette to inedible brick much faster in the fridge.

Conversely, freezing bread dramatically slows the process down, so it can be safely stored in the freezer for longer periods.

Foods in your freezer should be well wrapped to prevent freezer burn (where foods dry out because of exposure to very cold dry air). Freezer-burned foods are safe to eat but generally don't taste very good, so wrap food tightly in cling wrap before freezing, and preferably double-bag them. Seal bags of frozen foods like peas or vegetables tightly once opened, and it's a good idea to separate individual slices of foods (such as bacon) with cling wrap or baking paper before freezing so it's easy to extract portions as you need them without defrosting your entire supply.

And while freezing extends the life of your food, it won't make it immortal. Red meats can generally only be stored for up to 12 months, mince should be used within four months, and seafood will only last between two and six months (depending on the type of fish). Your leftovers will generally be good for about three to four months, and it's a good idea to label and date the container unless you like playing freezer roulette.

As tempting as it is to put warm leftovers straight into the fridge, it's a bad idea. Introducing hot foods can cause a fridge's internal temperature to spike quickly, along with its energy consumption, and you may impact the temperature of other foods as well. So let your leftovers cool to room temperature on the bench first. 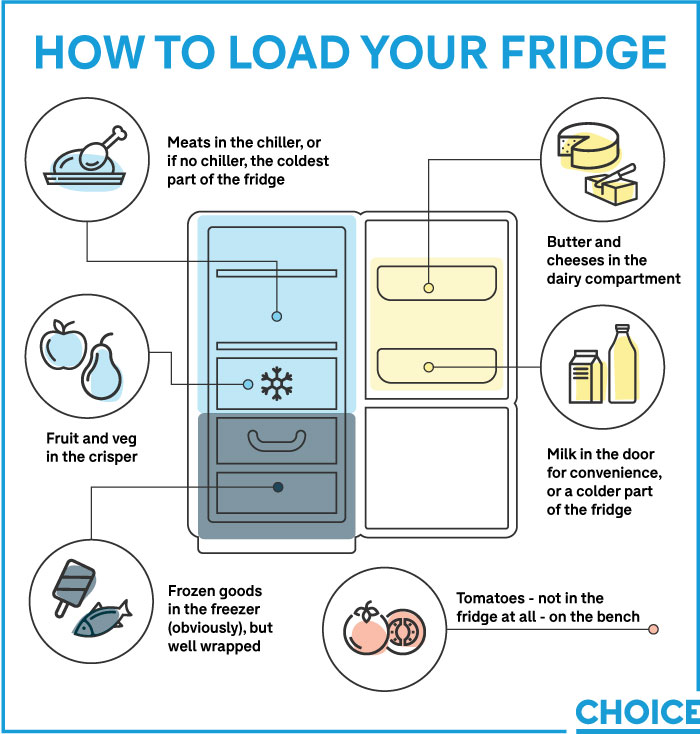