Do weighted blankets from brands like Gravity and Calming Blanket work?

Makers claim weighted blankets can ease anxiety and improve your sleep, but experts warn buyers to be wary. 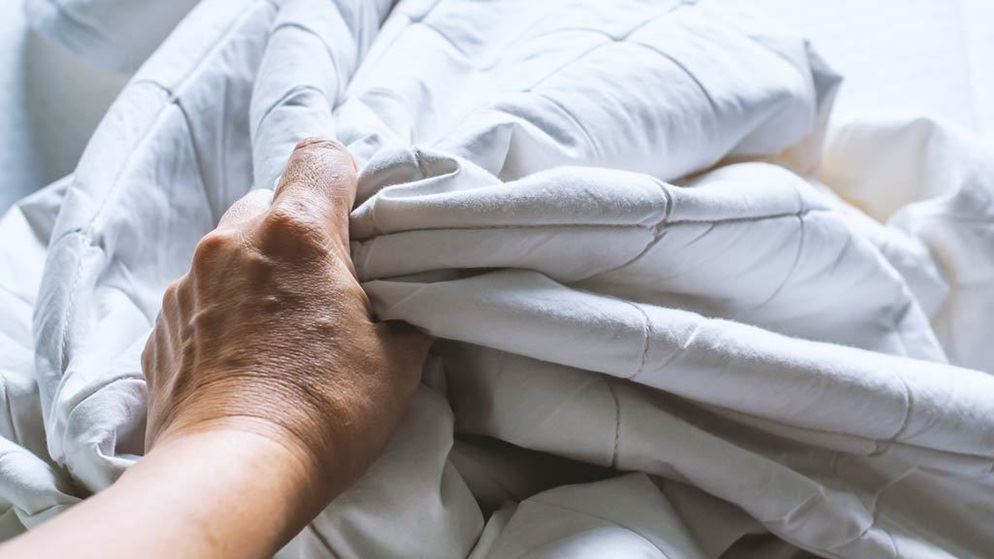 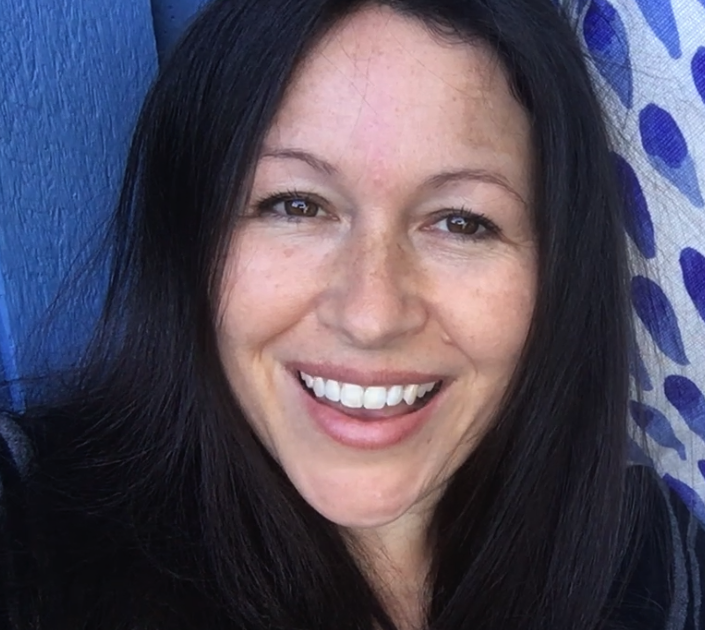 You may have noticed an increased number of ads for weighted blankets in your social feed, alongside claims they can treat everything from anxiety to insomnia. And judging by the number of companies that are churning them out, you can assume people must be buying them in droves.

But what exactly are weighted blankets – and do they work?

Studies on the use of weighted blankets are limited, and from what studies there are, there's limited evidence to support the product claims.

In one study of 31 people using weighted chain blankets to treat insomnia, researchers found the blankets had a positive impact on sleep – but it's important to note this study was funded by a company that sells weighted blankets.

In another study on children with Autism Spectrum Disorder (ASD), there was no difference in sleep (even though the parents and kids preferred the weighted blanket).

But if you're simply looking to snuggle up under a blanket and get a good night's sleep, experts suggest there are cheaper ways to do that than dropping $300 on a weighted blanket.

What are weighted blankets?

Weighted blankets resemble a heavy quilt, with metal, glass or plastic weights sewn into pockets and evenly distributed beneath the cover. The weight of the blanket simulates the feeling of being hugged or held, and there are claims that they can have an impact on your mood and calm the nervous system.

Originally, weighted blankets were used as a tool by occupational therapists in the 1990s to help soothe overstimulation in Autistic children.

"When you think about the impact of a hug – it feels good," says Annette Joosten, associate professor in the School of Occupational Therapy at Australian Catholic University. "So the theory is that firm, deep pressure could have an impact on the central nervous system, calming a child who was over-aroused or overactive.

"They were only used following assessment of the child and under supervision, and only for 20 minutes at a time, generally. They weren't used for sleeping at all, rather to help the child be calm and alert for participating in activities."

The blankets used back then are a far cry from the plush quilted versions available today, says Joosten.

"[They] were more crude, and homemade with wheat or rice," she explains. "Over time, those materials were replaced by steel pellets or more recently, chains, glass or plastic balls, which makes the blanket more washable and hygienic."

In recent years, weighted blankets have gone mainstream, with Time magazine calling "blankets that ease anxiety" one of the best inventions of 2018.

Snuggling up under a weighted blanket while you drift off to sleep does sound appealing, especially if you're the one in three Australians who struggle to get enough sleep or suffers from a sleep disorder such as insomnia.

And weighted blanket manufacturers are tapping into those concerns, offering their blankets as a cure-all for everything from ADHD, anxiety, stress, sensory issues, insomnia, restless leg syndrome and fibromyalgia symptoms.

But at around $369 for a queen-sized weighted blanket with glass beads sewn into it, DIY home healing comes at a hefty price.

What the experts say

Part of the reason there's a lack of evidence weighted blankets work, says Joosten, is because it's hard to measure their effectiveness. But that's where the controversy starts, because some parents and adults who use them do say they do make a difference – even though there is no objective measure of change.

"However, as occupational therapists, we need to choose interventions that are evidence-based and the evidence isn't there [that they work]."

There's a lack of evidence weighted blankets work, partly because it's hard to measure their effectiveness

In the UK, guidance from the Oxford Health NHS Foundation Trust states that these "popular" interventions are not supported by adequate research and should not be routinely recommended, yet Occupational Therapy Australia doesn't currently have a set of guidelines on their use.

Autism Spectrum Australia (ASPECT) says "there is currently not enough scientific evidence" for the use of weighted blankets as a treatment for people with autism, and that it is "difficult" for them to provide comment about their usefulness as a therapy treatment.

My weighted blanket has been life-changing

"My psychotherapist recommended I get a weighted blanket for insomnia and general anxiety – and my dentist has always offered it for relaxation during difficult procedures, too," says Kelly Roberts.

"I bought one and I've been using it daily for just over a year, at night under my doona while sleeping. I also use it as a lap blanket during the day if I feel stressed or overwhelmed, and I recently took it on a light aircraft during a flight I felt anxious about.

"I've had a lot of benefits from it including improved sleep quality and relief from stress and anxiety. It's been life-changing for me.

"I've invested thousands into supplements to manage insomnia and anxiety and this has made the most noticeable difference so far.

"My advice would be try before you buy if you can. People experience these blankets differently. For some it can feel too heavy. Just like some people like a light touch and others prefer a firmer touch – we're all different."

I was hoping for better sleep, but I think I'll sell it

"I purchased a blanket for my wife as a Christmas present – and she was using hers in bed so I thought I'd buy one myself and give it a go," says Mark Chenery. "I was hoping it would give me a deeper, more relaxing sleep.

"I've been using it for a couple of months instead of a doona but I'm thinking of going back to a normal doona. It feels nice at first, but gradually I feel like I'm being forced into uncomfortable positions when sleeping on my side – it restricts my movements.

"We recently stayed at a family member's house and I found the traditional doona almost luxurious by comparison because I felt free again!

"The weighted blanket is a novelty that soon wears off – in spring I'll probably return to my normal doona and try to sell the blanket to recover some of the cost."

I don't think weighted blankets do anything special

"I wanted a weighted blanket because I have anxiety and I thought it might help me when I'm feeling particularly anxious – after all the million Facebook ads I was seeing!" says Danielle Chenery.

"I love soft blankets so I was attracted to the idea of the plush minky cover too. I haven't tested it for a bout of real anxiety yet, but I use it instead of a doona. To me, it doesn't feel heavy enough and I don't notice it having any [particular] effect on me.

"It was really expensive and doesn't feel that heavy or different to a normal blanket, so I don't think you can justify the cost.

"My advice to anyone thinking of getting one would to get a really heavy one, or just save your money! It doesn't really do anything special."

Getting burned by your power bill? Find the most energy-efficient personal heater in our latest electric heater reviews.

Given the origins of weighted blankets, they're an easy sell for parents of children with developmental or behavioural issues, says Dr Ruth Barker, a Brisbane-based emergency paediatrician and director of the QLD Injury Surveillance Unit.

"Such parents are often chronically sleep deprived," she says. "Many of these children have chaotic sleep patterns so parents [can be] on duty almost 24/7.

"Many of these families have already tried a range of strategies and medications with no effect, so they are looking for solutions and susceptible to marketing claims.

"A weighted blanket is an attractive option, particularly because it seems safe and does not involve medication."

There's no evidence that these blankets reduce anxiety

Adults too, may be sitting ducks for anything that promises better sleep – but the move towards weighted blankets as being 'something for everybody' is misleading, says Joosten.

"Manufacturers saying that weighted blankets have been used for a long time medically or therapeutically may be true, but they haven't been used [by occupational therapists] for treating sleep issues," she adds.

"There's also no evidence that these blankets reduce anxiety. Using words such as anxiety and sensory as if they are linked is inaccurate; anxiety is a clinical, mental health condition and it's a concern that people are looking for home remedies without evidence and without seeking other kinds of support to manage it."

If used incorrectly, weighted blankets may be harmful. In 2014 in the US, a seven-month old baby who was put down for a nap at daycare died; he'd been covered with a weighted blanket that was half his weight. In 2008, a 9-year-old boy in Canada died after being wrapped in a weighted blanket, almost as a form of restraint.

"The two deaths reported to be associated with weighted blankets highlight what can happen if a child is unable to remove the blanket and as a consequence, is unable to breathe properly," says Barker.

"In both instances, it is likely that the blanket together with the prone positioning impeded normal breathing and the children slowly suffocated."

All the more reason that adults who've bought these blankets to use are careful with them around young children, adds Joosten.

"Many kids are sensory seekers; they will tie themselves up in knots with something to get the input they want. And if you left your weighted blanket on a couch or a bed and a child can get under it but hasn't got the strength or cognition – even just because they're not old enough – to lift it off themselves, there is a potential danger."

What to look for in a weighted blanket

Despite the limited research around weighted blankets, it seems that anecdotally they may have benefits for some people.

So if you're considering buying one, how heavy should you go?

In a weighted blanket and insomnia study, researchers found that a blanket that weighs about 10% of an adult's body weight was more effective. The guidance from Oxford Health NHS Foundation Trust also states that for safety, it should be no more than 10% of an adult’s body weight.

For children, Joosten says the recommendation is that the weighted blanket should be about five percent of a child's body weight.

If you're getting a weighted blanket in the hope it will fix a chronic sleep problem or mental health issue, see your GP first.

"You should be working with your GP and other health professionals such as psychologists and occupational therapists to understand the issue and develop strategies to manage it," says Joosten.

"But if you're just a typical adult looking for a better night's sleep, look at how you can get it without spending $300."