Best treatment for low back pain

There are many options for managing back pain – but which ones actually work? 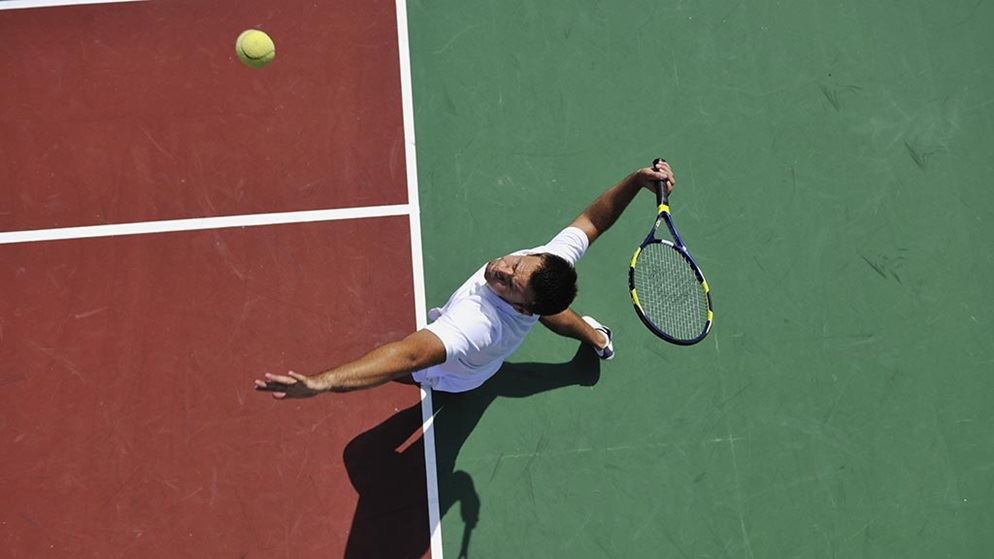 Get back to your best!

Low back pain affects almost 4 million Australians every year. While most people will get better within a few weeks, for others the pain, misery and disability last a lot longer.

Changes to codeine scheduling mean that some of the over-the-counter fall-backs such as Nurofen Plus or Mersyndol are now prescription only. But with increasing evidence these and certain other painkillers aren't particularly effective for back pain, old-school advice for treating back pain is being turned on its head.

This article also looks at the causes of back pain, how to seek treatment, and examines the evidence behind each treatment option.

If you're uncertain about a diagnosis, it's worth getting a second medical opinion.

What causes back pain?

Most lower back pain is nonspecific lower back pain – so called because it's not clear what's actually causing the pain. Sciatica is another type of lower back pain, caused by irritation or pressure on a spinal nerve, with pain being felt along the course of the nerve, perhaps as far as the legs and feet. Rarer forms of back problems are bone disorders, tumours and infections. There are myriad causes of back pain, from injury, postural issues and diseases such as osteoarthritis and osteoporosis, to lifestyle factors such as physical fitness, smoking, being overweight and occupation. Age and genetics also play a role. Lower back pain usually clears up within six weeks, whether treated or not. However, up to 30% of people suffer ongoing symptoms or repeat episodes of pain. Acute lower back pain lasts a few days to a few weeks, while pain that lasts for more than three months is considered chronic.

Your first port of call should be your GP, who can assess the condition, prescribe or advise on medicine, and provide patient education. If necessary they can refer you to other health services (such as specialists, allied health professionals, diagnostic testing and hospitals).

Around 100,000 patients end up in the hospital system with back problems, with lower back pain the single largest issue accounting for 33% of cases. Hospital treatment includes patient education and support for management of the condition, rehabilitation for lost or reduced functions and pain management. Spinal surgery is a last resort.

Imaging for back pain

The issue of medical imaging – X-rays, magnetic resonance imaging (MRI) and computerised tomography (CT) scans – for back pain is controversial. A survey of GPs found that about one-quarter of patients with lower back pain were sent off for imaging, yet these sorts of tests are costly and rarely useful for diagnosing the source of back pain or suggesting the best treatment.

Expert guidelines advise caution in ordering tests for presenting back problems, unless there's some indication or 'red flag' suggesting something more serious – major trauma, unexplained weight loss, unexplained fever, history of malignancy, inflammatory conditions or neurological issues, for example. Such cases account for only a small proportion of people presenting with new back problems.

Research has found that for uncomplicated lower back pain, the risks from imaging radiation may outweigh the benefits, as it doesn't improve the outcomes of treatment, may result in high doses of radiation (for CT scans in particular) and may result in inappropriate treatment.

Imaging is not recommended for these reasons.

There's currently no universally effective treatment for lower back pain – rather, patients have many treatment options from a variety of different health professionals, and it's important to understand the evidence behind each treatment option.

After consulting your doctor for information and advice, while ruling out any serious conditions, experts recommend staying active as a first line of treatment.

Once commonly advised for people with acute back pain, bed rest has fallen out of favour, and it's better to stay active as much as possible. Exercise therapy can be helpful for people with chronic back pain, and can also help prevent recurrence of back pain, though the exercises that work best will likely vary from person to person.

There are various over-the-counter and prescription medicines used for back pain, and your doctor can recommend the most appropriate one for you. The most commonly prescribed medicines are paracetamol (either alone or combined with codeine), oxycodone (an opioid) and non-steroidal anti-inflammatory drugs (NSAIDs) such as meloxicam or diclofenac.

Paracetamol may help, and has few side effects for most people. However, it's generally not recommended for back pain because there's little evidence it's effective and it may cause harm. If your doctor recommends it, take the full daily dose and see your doctor for review after one or two weeks.

NSAIDs are effective for short-term pain relief in patients with acute and chronic lower back pain, and are recommended over paracetamol. However, there are risks and side effects, so these need to be taken into account. No one NSAID seems to be more effective than others, and it's recommended you take the lowest effective dose for the shortest possible time. The longer-term effectiveness and side effects of NSAIDs are less well studied.

Opioids, such as codeine and oxycodone, are often taken for lower back pain. The change to codeine scheduling, from over-the-counter to prescription only, in February 2018 makes this option less accessible – you need to see a doctor now. But was it ever a good option for back pain?

Studies have found that while there may be a small benefit for codeine and other opioids, such as oxycodone, it's usually not enough to make it worthwhile, especially for chronic back pain.

Furthermore, they carry significant risks of addiction if used long term, they're commonly misused and abused, and may lead to overdose. However, they may be suitable for some people in some circumstances – that's something to discuss with your doctor.

Muscle relaxants, such as diazepam (Valium) and cyclobenzaprine (Flexeril) provide effective pain relief for acute lower back pain, but at the cost of dizziness, drowsiness and other side effects. Given that they don't appear to be more effective than NSAIDs, your doctor is best placed to weigh up the pros and cons of this type of medication.

Antidepressants are commonly prescribed to relieve pain, help with sleep and reduce depressive symptoms suffered by people with back pain. Yet there's no convincing evidence they're more effective than a placebo in reducing pain or depression, and there are side effects.

Spinal manipulative therapy is practised by a variety of health professionals, including physiotherapists, chiropractors and osteopaths, and ranges from mobilising the spine within its range of motion, to applying a quick thrust, which is often accompanied by a cracking sound. It appears to be as effective as other therapies, such as exercise therapy, standard medical care or physiotherapy.

If you think a nice relaxing massage might help your back pain, you're in luck! For people with sub-acute (lasting four to 12 weeks) and chronic back pain, massage can be beneficial – especially when combined with exercises and education.

The use of heat wraps or packs for people with acute and sub-acute lower back pain can help reduce pain temporarily, especially when combined with exercise.

Traction involves pulling at the spine in opposite directions in order to increase the joint space between the vertebrae. It may be mechanical or motorised, or simply the therapist using the force of their body. It's been used for thousands of years – and if you're thinking medieval rack torture, you're probably not too far wrong. But if you still think it's worth a shot, the bad (or perhaps good?) news is it doesn't work. Side effects include increased pain, problems with the nervous system and the need for subsequent surgery.

While some studies find that low-level laser therapy can help reduce back pain, results are conflicting. When it did seem to have an effect, the strength and amount of treatment was variable, so there are no recommendations for an optimal treatment regime.

Transcutaneous electrical nerve stimulation (TENS) units deliver electrical stimulation to the skin, which affects the nerves underneath. There's not much evidence it works.

While research is currently very thin on the ground, early findings on patients with chronic lower back pain suggest that botulinum toxin (Botox) can help reduce pain and improve function. However, more studies are needed.

Injection therapy involves injecting drugs into different parts of the spine, ligaments, muscles or pain-producing trigger points. Drugs vary, but tend to be those that reduce swelling (corticosteroids or NSAIDs) and pain (opioids or anaesthetics). There's no strong evidence for or against injection therapy, though there is a risk of side effects such as headaches, dizziness, temporary pain near the injection site and nausea.

Prolotherapy consists of injections of irritating substances into ligaments in the lower spine, and has been around for more than 50 years. But evidence for its effectiveness is conflicting, and it seems to vary according to the substance injected and other treatments (such as spinal manipulation or exercise) given in conjunction with it.

If you suffer from sudden lower back pain, keep the treatment simple at first. See your GP and have serious issues ruled out, take simple painkillers if necessary (preferably NSAIDs) and keep active. Non-invasive therapies such as heat treatment and physical therapies (massage, physio) could also be tried. If, after a week or two the pain hasn't resolved, see your doctor for further advice.