Many packaged foods carry warnings such as 'may contain nuts'. But how real is the risk of accidental allergen contamination? 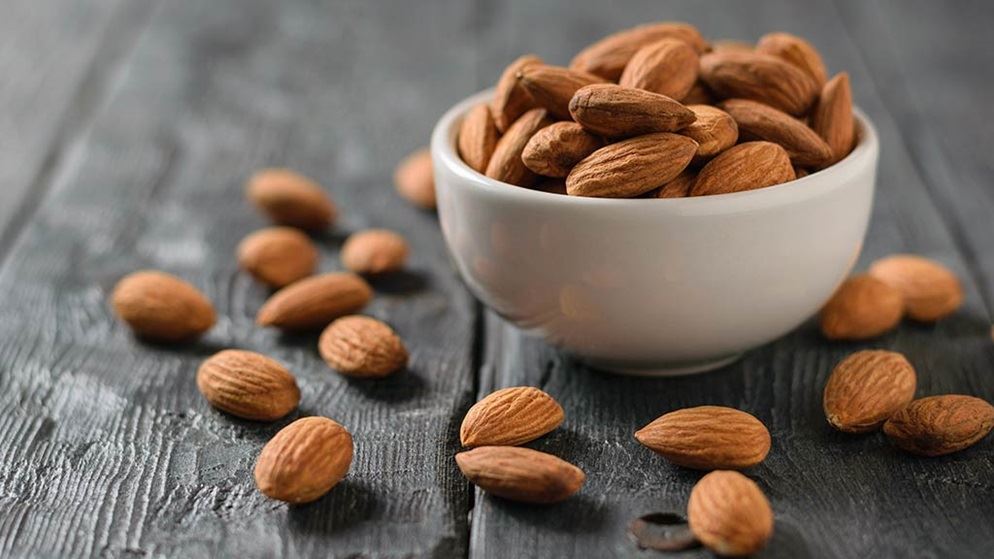 If you're allergic to or intolerant to gluten, nuts, dairy or any other food ingredient or additive, you need to know whether or not it's in the food you're buying.

But labels warning that a food "may" contain an allergen, rather than definitively stating that it does, can be frustrating, confusing and – when they're commonplace – dangerously tempting to ignore.

For information on a specific food recall, see Does the latest food recall affect you?

Voluntary advisory labels on packaged foods, such as "May contain traces of..." or "Manufactured in a facility which also processes..." have increased recently, with one study finding these now appear on more than half of all packaged foods in Australian supermarkets. Not surprisingly this is causing some confusion.

Food allergy affects around one in 20 children and two in 100 adults, and even a trace amount of the food they're allergic to can cause a reaction.

So it's mandatory for peanuts, tree nuts, milk, eggs, sesame seeds, fish, shellfish, soy, gluten, wheat, lupins and sulphites in concentrations of 10mg/kg or more to be listed as allergens on food packaging if they’re included as an ingredient.

However, voluntary advisory labels (known as precautionary allergen labels or PALs) can also be placed on packaging by manufacturers to warn that there may be accidental cross-contamination with allergens during the processing of food.

For example, a chocolate bar may not contain nuts, but if it's made in a factory that makes other foods with nuts, there's a risk that tiny traces or even a fragment of nut may contaminate the bar.

As there's no standard wording, font or style specified … the huge variety of so-called precautionary warnings are confusing for consumers

As there's no standard wording, font or style specified, manufacturers can use whatever wording they like – making the huge variety of so-called precautionary warnings confusing for consumers.

"Labelling is a big issue," says says Dr Rob Loblay, allergy unit director at the Department of Clinical Immunology, RPA Hospital, Sydney. "It's easy for people to miss allergen information, and they often only find it after a reaction when they go back and look at the packet. The print is too small and hard for older people to read, and packaging can sometimes fold over, obscuring the warning.

"I'd like to see a recognisable standard health information panel on all packaging that is separate to the ingredients list and contains allergen warnings, additives and health claims. That way, everyone knows where to look."

How real is the risk?

It's impossible to know, but Murdoch Children's Research Institute (MCRI) in Melbourne found 90% of the top five foods at risk of contamination – chocolates, breakfast cereals, muesli bars and savoury and sweet biscuits – now carry a PAL, and more than 50% of packaged processed foods in Australian supermarkets show these precautionary warnings.

A study by the MCRI found that 80% of parents of children with a history of anaphylaxis did not know if a food with a precautionary warning is safe, irrespective of the wording.

Only five percent felt they could "completely trust" food labels, and tended to ignore warnings because they perceived them simply as a way for food manufacturers to cover themselves legally.

When tested, only seven percent of the high-risk products with warning statements about peanuts actually had detectable levels of the nut. Other samples that had precautionary labelling for hazelnut, milk, egg, soy or lupin had no detectable level of those allergens present at all.

On the other hand, some packaged food that carried no cautionary labelling has been shown to cause anaphylaxis. Results from a 2018 survey of Australian allergy sufferers published in The Journal of Allergy and Clinical Immunology: In Practice,  found that 6.7% with known allergies had self-reported an anaphylactic reaction to packaged foods where the allergen was not listed as an ingredient. Of those reactions, 53.5% were reportedly from foods that didn't contain a voluntary warning statement for the suspected trigger food and 8.6% didn’t have any PAL at all .

As a result it's up to the consumer to decide, with no real information, whether to take the risk of eating a food, and people with serious allergies are left with a diminished choice of products they can consume with confidence. 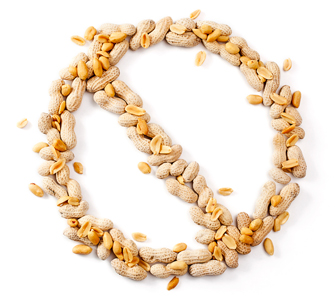 Anyone with a nut allergy should be wary of eating chocolates labelled 'may contain nuts'.

It all comes down to a personal assessment of risk, with the help of your doctor, says Loblay. "Some people will find a food with a warning hasn't affected them in the past and doesn't affect them now and they continue to eat the food. Others won't feel confident to take the risk.

"Despite the concerns of many people with coeliac disease, most can tolerate 20 parts per million of gluten, so occasional trace amounts aren't such a huge issue," he says. "But for those allergic to nuts, a fragment – a quarter of a peanut in a food – can be life-threatening."

Some brands of chocolate that don't list nuts can have nut traces, so Loblay advises anyone with a nut allergy to be wary of eating chocolates labelled 'may contain nuts' and only buy those labelled 'nut free'.

People with certain severe allergies need to take 'may contain' messages very seriously, and call the manufacturer for advice if unsure. And it’s not always as simple as trusting a brand that you know to have been allergen-free in the past, as labelling and packaging is often confusing – and can change without warning.

In April this year Melbourne woman, Kaley Drummond, who is allergic to both nuts and lactose, ended up in intensive care after eating an Aldi chocolate Easter bunny labelled "Milk Fine" which she misread as "Milk Free".

In response to Kaley’s reaction, Allergy and Anaphylaxis Australia has publicly called on the manufacturers of the chocolate to "improve labelling to make it clearer for consumers with food allergies”.

Thinking of ditching dairy? See the results of our vegan cheese taste test.

If many foods with warnings don't actually have allergen contamination, then why are manufacturers using unnecessary warnings?

"Allergens were not on the radar of manufacturers last century, but after mandatory allergen labelling began in 2002, most big manufacturers cleaned up their act," says Loblay. "However, avoiding all cross-contamination in a factory that makes different products requires a lot of time and investment – and in some cases, building separate facilities. In the small Australian market, this may not be cost-effective."

VITAL (Voluntary Incidental Trace Allergen Labelling) is a process to assess cross-contamination risk. Developed by food manufacturers, the industry group Allergen Bureau, NSW Food Authority and allergy support groups, it estimates the risk of cross-contamination in a factory and can tell if a product will be safe for 90% of people.

Under VITAL, a 'may be present' warning should only be placed on packaging by a manufacturer if the risk of contamination is assessed to be above a certain level.

While VITAL can provide consumers with clarity around risk levels, there's currently no way for people to know whether a product has been through the VITAL risk assessment or whether the manufacturer is adding the warning just in case.

Research from MCRI in 2012 also found that only 12.7% of foods with precautionary labels surveyed had been through the VITAL process, which means the other 87.3% of warnings are likely to be placed on products as an insurance policy for the manufacturer.

Would a VITAL logo work?

One option could be that manufacturers whose products have been put through the VITAL process would carry a VITAL logo so consumers could be confident that the risk had been assessed. Some allergen labelling advocacy groups would also like the VITAL process to be made mandatory for all food manufacturers, in order to reduce the number of unnecessary precautionary warnings.

"The idea is that VITAL can define the level below which 90% of people will not have an allergic reaction," says Loblay. "VITAL may be useful to prevent acute anaphylaxis, but traces can still be a problem for the most sensitive people who must avoid all contact."

He prefers a harder line: "Food companies should be forced to use 'may be contaminated with' rather than the less confronting 'may contain'. This would spur the food industry to put more effort into developing allergen-free foods, which would make it easier for consumers to trust the labels."

Maria Said from Allergy & Anaphylaxis Australia applauds the efforts of the Allergen Bureau and the food industry to improve labelling, but explains VITAL is still a work in progress to make warnings more believable for consumers.

"Food labelling in Australia has made great strides and is leading the world," says Said. "But we still have a way to go when it comes to food safety for those with a food allergy. Although most anaphylaxis occurs outside the home and in food service outlets, packaged foods continue to be recalled at alarming rates. In recent years, due to deaths from cow's milk allergy and sesame allergy, regulators, enforcement officers, food industry and food service staff are sharply more aware of food allergens and not just peanuts or tree nuts."

The big players in the food industry are making an effort, she says, but it's the resource-poor smaller businesses that need more information and support from Food Standards Australia and New Zealand about how to label their products correctly.

"While a 'may contain' label may be less than perfect, a product with no precautionary label can be more dangerous if the manufacturer isn't educated about the risks of cross-contamination."

And when it comes to the food service industry, many businesses may not understand that when a customer says they have an allergy, it’s illegal to serve them food containing allergens they need to avoid.

Said is calling for the food service industry to acknowledge food allergy as a serious safety issue, as well as for a national allergy management education plan. She urges staff in food businesses to complete the free online training for food service at foodallergytraining.com.au.

"We applaud food service staff who do their best to accommodate the needs of people with food allergy," she says. "The risk of reaction cannot be eliminated but there is lots staff can do to reduce their risk. And importantly, individuals with food allergy need to be reasonable in their requests and always have their emergency medication with them."

Said also says that while consumers have a primary responsibility to care for themselves if they have a food allergy, the entire community has a role to play. "Gyms, Sunday school morning teas, a volunteer parent on a Scout camp – you too have responsibilities," she says.