Vegan-curious? Eating a well-balanced plant-based diet requires some know-how. We give our top tips for a healthy vegan diet. 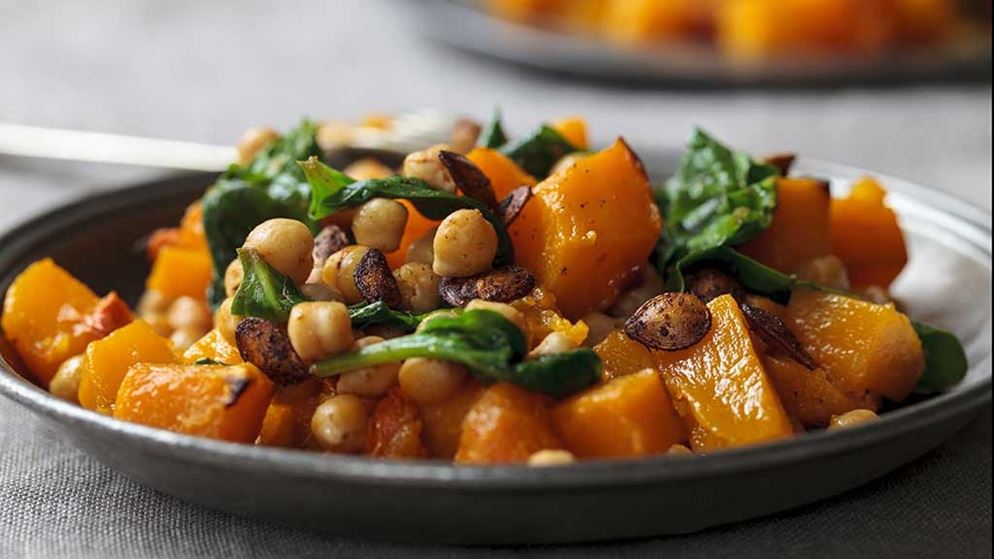 Going vegan is now easier than ever before. Vegan options are increasingly being offered on cafe and restaurant menus. And the vegan range in major supermarkets continues to expand. But eating a healthy plant-based diet isn't as simple as filling your shopping trolley with products labelled 'vegan'.

Thinking about ditching dairy? See what our tasters thought of vegan cheese.

Eating a well-balanced plant-based diet that meets all your nutritional needs requires some know-how, and there are some key challenges and pitfalls. If you're considering becoming vegan, or just curious as to what it would involve, here are our top tips:

Plan meals to include a wide variety of plant-based foods

Advanced accredited practising dietitian Dr Kate Marsh tells us that apart from vitamin B12 it's certainly possible to meet all your nutritional needs on a vegan diet if you eat a wide variety of whole plant foods.

"The main thing is thinking about what you're cutting out (animal protein) and making sure the replacements are providing important nutrients such as iron, zinc, calcium and omega-3 fats," says Marsh. "This means regularly including foods like legumes, tofu or tempeh and nuts and ensuring you're eating enough of them."

While many people worry about getting enough iron without red meat, there are plenty of iron-rich plant foods including legumes, wholegrains, nuts, dried fruits and dark green leafy vegetables.

"Usually the issue is that they've gone vegan and cut out meat, but haven't replaced it with iron-rich plant foods. Often it's because they're not familiar with these foods, so need ideas of how to incorporate them into meals, particularly when the rest of the family are still meat eaters."

Supplement with Vitamin B12

It's the one nutrient you can't get from a plant-based diet, and while some vegan products are fortified with B12 – nutritional yeast and certain soy milks and mock meats, for example – you'd need to eat them regularly and in reasonably large quantities to get enough.

Don't assume that all vegan products are healthy

Much like 'gluten free', 'organic' and 'natural', there's a health halo associated with the word 'vegan'. People may think the vegan donuts and ice creams appearing on menus, in the supermarket and being spruiked at vegan markets are healthier than the non-vegan versions, but usually they're not.

Like any processed foods, processed vegan food products can be high in less desirable nutrients such as added sugar, saturated fat and sodium (see vegan cheese). Hubba Bubba Bubblegum, Arnott's Choc Ripple Biscuits and BBQ Pringles – all of which are vegan – are cases in point.

"All the research we have showing the health benefits of veganism is specific to whole food plant based diets," says Marsh. "So while it's possible to follow a vegan diet predominantly eating processed vegan foods, you're not going to get the same benefits as a diet based around whole foods such as vegetables, fruits, legumes, minimally processed wholegrains, nuts and seeds."

Arm yourself with info and get dietary advice

Consider contacting Vegan Australia to find out more about how to go vegan, and consulting an accredited practising dietitian with a special interest in this area to make sure your diet will meet all your nutritional requirements.

Why are more people becoming vegan?

Market research group Euromonitor has predicted that globally people will increasingly choose to eradicate animal-based products from their lives. There's even an annual campaign run by charity Veganuary in which curious omnivores and vegetarians pledge to try veganism for a month. So why is choosing vegan now so popular?

Dr Kate Marsh is an advanced accredited practising dietitian specialising in plant-based diets. She has always had a lot of vegan clients, but in recent years she has seen a big increase. "Previously it was one client every few weeks, but now it's probably a few clients each week," she says.

Marsh tells us her clients are a mixture of people who are new to veganism and looking for advice, vegan women trying to fall pregnant and wanting to do make sure their diet is suitable, people wanting to raise a child in a vegan household, or parents of a child or teenager who have chosen to be vegan who need help. So why is a vegan diet so popular?

Marsh thinks one of the reasons people are becoming more aware of veganism is there's a lot more information available around ethical and environmental issues. "I'm seeing an increasing number of younger people who are aware of and knowledgeable about the environmental and ethical reasons for becoming vegan," she says. "It's also getting easier to become vegan due to the increasing range of vegan foods now available."

And unlike some fad diets, veganism seems unlikely to go out of fashion.

"For a lot of other popular diets there's little evidence showing long-term health benefits. But there's so much evidence that plant-based diets are good for health, as well as for the environment and sustainability," says Marsh.

"If people have chosen to go vegan for ethical reasons or strong health reasons, I don't see many who switch back once they've worked out how to have enough variety in their diet."

Check out our almond milk review to see which products offer value for money.