26 November 2015 | What you need to know about the approval of genetically modified salmon. 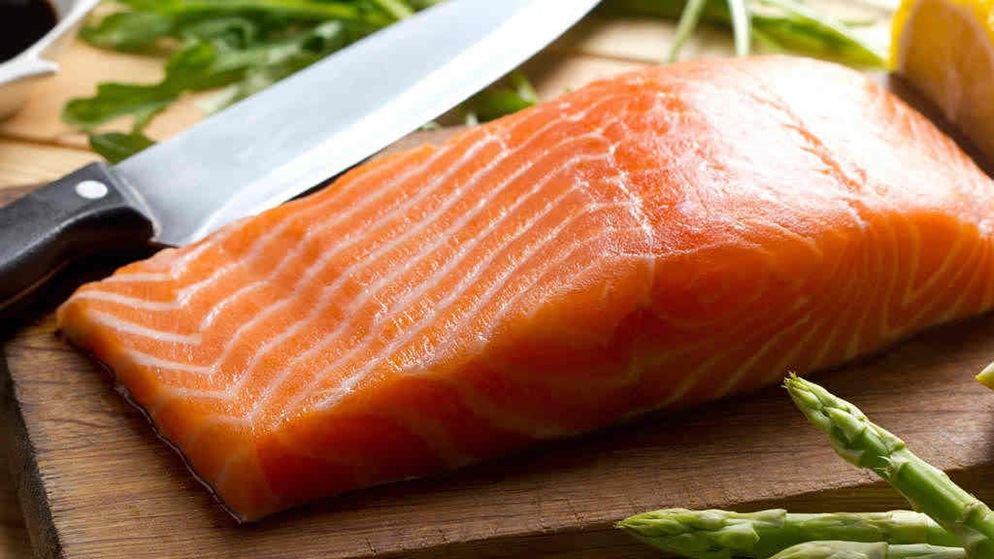 Would you eat a 'Frankenfish'?

After an approval process that took nearly 20 years, the US Food and Drug Administration (FDA) said the genetically modified (GM) salmon posed no health risks and they could find no reason not to approve it.

But the Australian food safety regulator, Food Safety Australia New Zealand (FSANZ), issued a statement to Australian consumers, saying the GM salmon had not been approved for sale in Australia.

FSANZ said they had not received an application to approve GM salmon, meaning it cannot be sold in Australia either as a whole product or as a processed food or ingredient.

Any application would require the regulator to conduct its own safety assessment, the FSANZ statement said.

The salmon, developed by biotechnology company AquaBounty, is a type of Atlantic salmon that has been injected with a gene from Pacific chinook salmon to make it grow faster. The salmon can reach plate size in 18 months, compared to the usual three years. AquaBounty’s CEO Dr Ron Stotish said the FDA’s tick of approval was a “game-changer that brings healthy and nutritious food to consumers in an environmentally responsible manner”.

The decision has angered environmental and food safety groups, with Friends of the Earth saying the “frankenfish” had “no place on our dinner plates”. The Center for Food Safety said it intended to sue the FDA and block the approval.

But Professor Dean Jerry, an aquaculture geneticist at James Cook University, said consumers had nothing to fear from GM salmon.

“Despite a barrage of misinformation, comprehensive scientific review has shown that the GM [salmon] is safe to consume and the impact to the environment under the conditions of farming imposed are low,” he said.

The Tasmanian Salmon Growers Association (TSGA) responded to the FDA’s approval by issuing a statement reassuring the Australian public the salmon produced by its members have not been genetically modified.

“TSGA members do not produce salmon which have been genetically engineered,” the statement said.

Main expects other salmon growers around the world to take the same attitude and reject GM salmon, even if it proves more economical to farm.

“We don’t see there will be any ripple effect out of the US in the way salmon will be produced around the world,” he said.

But the door opens for other GM animals

The FDA’s approval of GM salmon will undoubtedly pave the way for regulatory agencies around the world to consider genetic modification of other animals.

“Possibly the most significant impact of this decision by the FDA will be the corresponding approval of a number of other GM fish that have been produced in other parts of the world,” said Graham Mair, a professor in Aquaculture at Flinders University.

“It is likely that other agencies have been waiting for the FDA verdict before approving other GM fish.”

Friends of the Earth say at least 35 other species of genetically engineered fish, along with chickens, pigs and cows are currently under development

Friends of the Earth say at least 35 other species of genetically engineered fish, along with chickens, pigs and cows are currently under development, but it’s not clear if the animals would be destined for human consumption or if any are awaiting FDA approval.

At least one biotechnology company has stated it’s currently developing cattle that don’t have to be dehorned and pigs that don’t need to be castrated.

Labelling is key for consumers

Much of the debate in the US following the FDA’s approval has centred on labelling.

Labelling of the GM salmon would be voluntary in the US, as the FDA saw no difference in its nutritional characteristics and considered it be as safe to eat as conventional salmon.

But many people object to GM foods not just out of health concerns, but also for environmental and ethical reasons. Mandatory labelling provides these consumers with the power to make an informed decision at the checkout.

In Australia, GM foods, ingredients and additives must be labelled with the words “genetically modified” if they contain new DNA or protein that their conventional counterparts do not.

Labelling is also required when the genetic modification results in the food having altered characteristics, such as an increase in a particular nutrient.

Highly refined foods, such as sugars and oils, derived from genetically modified plants and animals generally don’t need to be labelled, as the processing usually removes the DNA and protein from the food.

Canola oil derived from crops engineered to be resistant to a herbicide, for example, doesn't need to be labelled as GM.

More information on the labelling of GM foods in Australia can be found on the FSANZ website.

Would you eat it?

Despite the approval, AquaBounty still have a long road ahead of them in getting their GM salmon onto the dinner plate.

Many supermarket chains in the US have said they wouldn’t stock the salmon in response to consumer fears about the product.

What do you think? Would you eat a “frankenfish”? Let us know your thoughts in the comments section below.

Interested in sustainability and ethical issues surrounding your food and want to know more?