The danger of plasticisers

Foods in jars can contain potentially hazardous chemicals leached from their lids. 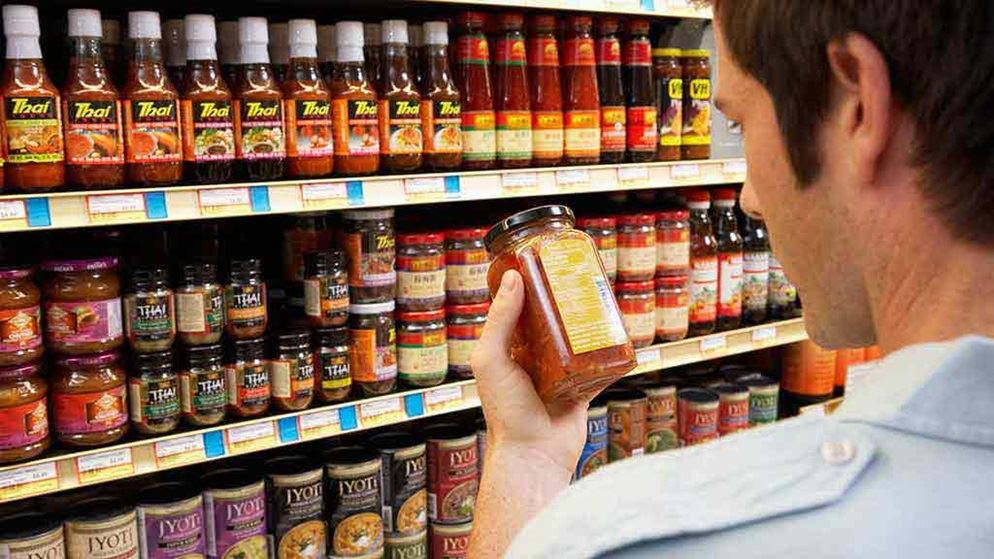 Lifting the lid on a problem

Next time you open a jar of pasta sauce, have a look at the inside of the lid. Around the edge there's a ring of rubbery material – a gasket, that fits against the glass and forms the seal. It's made from PVC but also contains chemicals called plasticisers, which give it the right mechanical properties to form a good seal. This seal ensures the food inside is protected from harmful bacteria, but potentially harmful chemicals can migrate from the seal into the food.

In 2008, CHOICE tested 25 foods in glass jars; we found 13 contained the plastic-softening chemicals epoxidised soybean oil (ESBO) or phthalates at levels that exceeded the limits set by the European Union.

Since then, Australia's food regulator, Food Standards Australia New Zealand (FSANZ), has carried out its own, very limited, series of tests (see the table below). None of the eight samples it tested contained phthalates, but three, including an "infant dinner", contained ESBO.

A more extensive European survey of baby foods found ESBO in 95 of 248 samples with four per cent of samples exceeding the EU limit for baby foods (30ppm). And a more recent survey of 411 products collected in 21 EU member states found that 24% contained unauthorised plasticisers or plasticisers at levels that exceeded the legal limit.

The tests done by FSANZ were part of a much larger survey of chemicals migrating into food from packaging materials. Only eight samples of food in glass jars were tested (see the table), and of these, five were products which wouldn't be expected to contain plasticisers.

Is this really enough evidence on which to base a major policy decision about food safety?

(A) FSANZ didn't give the brand and variety of product, so values of fat content can only be estimates within the specified range.

The problem with plasticisers

On its own, PVC is hard and rigid — it's often used for drains, guttering and downpipes. Plasticisers are added to soften it and make it flexible enough to form an airtight seal against the glass rim of the jar.

Plasticisers can make up as much as 40% of the plastic material. They're relatively small molecules that can easily migrate from the plastic into the food, and because plasticisers dissolve readily in fats and oils, fatty foods are especially vulnerable to contamination.

The plasticisers most frequently used to make the seals for screw-capped jars are epoxidised soybean oil (ESBO) and a number of different phthalates.

ESBO is one of the most frequently used additives to PVC, especially for containers or packaging for food. It functions as a stabiliser as well as a plasticiser. Lid seals are formed at high temperatures, which causes the PVC in the seal to partially break down and release hydrogen chloride.

ESBO reacts with the hydrogen chloride and thereby prevents further breakdown of the plastic, but in doing so forms compounds called chlorohydrins. Chlorohydrins make up, at most, five per cent of the ESBO but they can be toxic and have been detected in foods in glass screw-cap jars.

Although there's no evidence that ESBO itself is harmful, an expert committee appointed by the European Union (EU) to review the evidence about ESBO concluded:

"In the absence of adequate analytical and toxicological data on ESBO derivatives, no advice can yet be given on the significance for health of such derivatives in foods."

In other words, we can't be sure that our health is not at risk from the use of ESBO.

Phthalates have become a health hot spot. DEHP, the most commonly used of this class of compounds, can interact with our hormone systems and affect reproductive development.

Phthalates aren't permitted in food packaging materials in the US, and the EU recently banned the use of DEHP in all toys and articles used for childcare. They've also banned two other phthalates – DNOP and DINP, often used as plasticisers in toys and childcare articles that children might put in their mouths, such as teething rings and dummies. The EU has also specifically set very low limits for phthalates in food — 1.5ppm (parts per million) for DEHP and 9ppm for DIOP and DINP.

How to avoid plasticisers

Research has shown that plasticisers are more likely to migrate into food that contains more than about four per cent oil or fat. And migration could be high, even with less fat, if the product is strongly heated after the container has been filled – as is typical for infant foods. Foods without much fat (such as honey) or foods that set hard and don't touch the lid (such as jam or firm mayonnaise) are unlikely to pick up significant contamination.

So if you want to minimise your risk of exposure to plasticisers, check the nutrition information panel on the label and avoid any product with more than about 4g of fat per 100g of food – especially if it's runny enough to slop against the inside of the lid.

What do the regulators say?

The EU has set guidelines specifying a limit of 60ppm (parts per million) of ESBO in food generally and 30ppm for baby foods. Infants are at greater at risk because of their smaller body size – and they're often given food from screw-capped jars. Much lower limits are set for specific phthalates.

In Australia, the Food Standards Code has specific provisions for a few chemicals migrating from packaging materials, but there are no limits set for phthalates or ESBO. Despite the evidence emerging overseas, Food Standards Australia New Zealand (FSANZ) has maintained that dietary exposure to chemicals which may migrate from food packaging is very low and does not pose a human health and safety risk (but see Weak evidence?).

In July 2014 FSANZ told CHOICE that it is "currently reviewing whether there are any public health and safety risks from chemicals which may migrate from packaging materials into food and whether current regulations manage these risks. Following this, FSANZ will determine whether there is a need for further risk management measures".

At state level, legislation prohibits the sale of food that's adulterated. In practice, this means that plastic materials in direct contact with foods have to comply with the relevant US and/or EU regulations. However, the US regulations are complex and operate on a case-by-case basis, so we'd expect the Australian states to follow the European Union's limit of 60ppm for ESBO migrating into the food (30ppm for infants' food), and the much lower limits for phthalates.

Probably no one. FSANZ sets the rules in the form of the Food Standards Code and carries out periodic surveys to assess consumers' dietary exposure to various potential contaminants. FSANZ also acts as the central point for collection of food surveillance data from public health units in the states and territories. The states and territories, however, are responsible for enforcing the Food Standards Code. We asked the New South Wales Food Authority and departments of health in other states if they were checking foods for potentially harmful plasticisers, but we were invariably referred back to FSANZ.

What do the big food companies say?

We asked some of the bigger big food manufacturers for comments but none responded to our phone calls or emails.

However, the food industry's peak body, the Australian Food and Grocery Council (AFGC), is alerting its members to the issue. Dr Geoffrey Annison, the AFGC's director of health, nutrition and scientific affairs, recently commented that consumer concerns surrounding the migration of chemicals from packaging into food has highlighted a gap in the nation's food safety regulation, and that food manufacturers need to be prepared for possible changes to legislation.