Baby bottles are BPA free, but you'll still find this toxic chemical in your food tins. 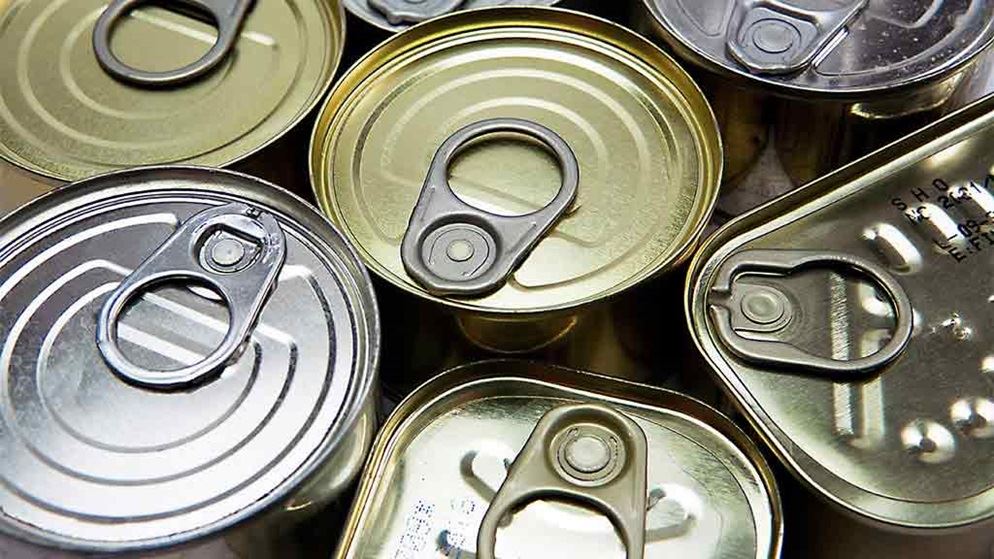 Didn't we get rid of BPAs?

A few years ago we were all throwing out our baby bottles and plastic containers after the latest toxic chemical to hit the news, bisphenol A (BPA), ended up on the health-scare hit list. So after the BPA purge of the noughties, are we now safely BPA-free?

You'd have trouble finding a BPA baby bottle these days, but plenty of plastics and canned foods – including baby foods – may still contain significant levels of BPA.

We were particularly concerned to find relatively high levels of BPA in some canned baby and infant foods.

Australia's national food regulator, Food Standards Australia New Zealand (FSANZ), has carried out its own tests with similar results. In the US, our sister organisation Consumer Reports, and the National Workgroup for Safe Markets (a coalition of public health and environmental health organisations) have both reported tests showing even higher levels of BPA in some canned foods than here.

Bisphenol A (BPA) is an industrial chemical used in the production of polycarbonate plastics and epoxy resins. It was first synthesised by a Russian chemist in 1891. In the 1930s it was identified as a synthetic oestrogen and considered for pharmaceutical use but it remained little more than a laboratory curiosity until the 1960s, when BPA-based plastics were first manufactured.

World production is now about six million tonnes per year, most of it used for the production of the polycarbonate (used to make CDs, spectacles lenses, water bottles and many other consumer products requiring a clear plastic) – and resins such as the material used to line food cans to prevent corrosion.

BPA is an endocrine disruptor – meaning that it's a chemical that can interfere with the endocrine (or hormonal system). Endocrine disruptors can cause cancerous tumours, birth defects and other developmental disorders. Specifically, BPA has been associated with breast and prostate cancers, genital defects in males, early onset of puberty in females, obesity and behavioural problems such as attention-deficit hyperactivity disorder.

Human exposure to BPA is widespread. A government-funded survey in the US, for example, found detectable levels of BPA in the urine of 93% of people aged six years and older. The chemical leaches from the lining of cans, and from polycarbonate bottles and other polycarbonate food containers – especially when heated or abraded by cleaning.

While none of the foods we tested contained BPA in excess of the EU limit of 600ppm (there is no limit set in Australia), 33 of the 38 samples contained at least some BPA. Just one serving of 29 of them would give a 70kg adult more BPA than some experts now believe to be a safe daily level of exposure (0.0024 micrograms per kilogram of body weight per day).

But the experts don't all agree...

No one disputes that BPA is toxic at high levels of exposure. But experts are divided over whether BPA at the low levels found in foods poses significant risks to human health.

FSANZ, in line with the US Food and Drug Administration (FDA), maintains that it's safe to ingest up to 50 micrograms of BPA per kilogram of body weight per day - none of the foods we tested delivers more than 10% of this amount per serving.

The science, however, has moved on. Many independent experts are now concerned that this limit is based on experiments done in the 1980s, rather than on the hundreds of more recent animal and laboratory studies that suggest we could be at risk from doses that are much lower.

'The dose makes the poison'

Scientists are divided over a traditionally fundamental principle of toxicology – that experiments with high doses will generally reveal the potential hazards of low doses. This assumption originates from the work of the 16th century toxicologist Paracelus, whose dictum "the dose makes the poison" (implying that even toxic substances can be safe as long as the dose remains below a certain threshold) is still a bedrock principle for toxicologists. For example, Dr Paul Brent, FSANZ's Chief Scientist, writes:

"In today's world, [this] fear is often generated by published reports linking chemicals to various illnesses or effects and drawing assumptions about the relevance of animal studies to people. What is sometimes missed in these reports and what some people remain unaware of is the basic principle of toxicology that 'the dose makes the poison'."

Decades of research in endocrinology have consistently shown that hormonally active compounds can cause effects at low doses opposite to those at high doses. So with endocrine disruptors like BPA, a low dose could be worse than a higher size dose.

Such low-dose effects now have enough scientific credibility for the American Medical Association (AMA) to call on the US government to legislate to decrease the public's exposure to endocrine-disrupting chemicals. In particular, the AMA stated that "policy should be based on comprehensive data covering both low-level and high-level exposures".

But there's no scientific consensus. When European experts met in 2012 via the European Food Safety Authority, views on the significance of low-dose effects differed across scientific disciplines. Some experts were convinced that low-dose effects should be an essential part of any risk assessment, while others said more research is needed.

The chemicals industry typically argues that while there have been hundreds of studies on BPA, none has shown a direct cause-and-effect relationship between BPA and any human health effects.

BPA and the plastics made from it are big business - so it's hardly surprising that the industry protects its interests through 'awareness' campaigns such as FactsAboutBPA.org. But as Richard Littlemore has pointed out in the New Scientist:

"You can't beat doubt as a corporate strategy - especially if your product is life-threatening when used as directed. These days we don't have to speculate as to whether industries have manufactured doubt. They have admitted it too many times. Where tobacco led the way, coal and chemicals followed. And, of course, the fossil fuel industry has been working overtime - and with shocking success - creating doubt about climate change. Techniques appear to be limited only by the imagination ..."

The evidence is increasing

While the evidence for low-dose effects from BPA is mostly based on experiments with rats or mice, and is far from conclusive, there's now too much of it to be ignored. There's growing evidence correlating environmental exposure to BPA with adverse effects in humans, along with laboratory studies in many other animal species, including primates, providing further support that environmental BPA exposure can be harmful to humans, especially when we're talking about behavioural and other effects in children.

Why it's bad for babies and kids

Babies and young children are most at risk because of their small body weight and rapid growth. One serving of several of the infant foods we tested delivers about 50 micrograms of BPA in one hit, so a 10kg infant would get 10% of the safe exposure limit from this one source alone.

At present, regulatory frameworks don't take into account the possibility of low dose effects, a fact that is causing some scientists to fear their research is being ignored by the regulators. Tamara Galloway, professor of ecotoxicology at the University of Exeter in the UK, writes:

"There seems to be so much evidence of low dose effects and the perception that some scientists have had is that the industry regulators have ignored their evidence. ... [But] I think we are getting somewhere now – everyone seems to be talking to everybody else."

Because of consumer concerns, Canada, the European Union and some states of the US have phased-out the use of BPA in some products. In the US at the federal level, the FDA is taking steps to reduce human exposure to BPA in the food supply. These steps include:

In Australia, nothing has been done other than introduction of a purely voluntary phase-out by major retailers of polycarbonate plastic baby bottles containing BPA. FSANZ still maintains that BPA is harmless at current levels of exposure.

The short answer appears to be: very little. In 2010, we called on the food industry to take more urgent action to phase out food packaging materials that release toxic chemicals into food.

In response to our test results, Heinz announced in 2010 that it would move to BPA-free packaging for baby food products. A company spokesman told us, "While we believe there is no risk to consumers, we are keen to allay any concern and so have opted to remove BPA from all baby food packaging."

Simplot (manufacturer of Edgell and John West) told us in 2010 that they were sensitive to consumer concerns and had cans with BPA-free linings under test. But in 2014 little has changed. Simplot told us that the company "continues to closely monitor the latest research and limits set for BPA, and all testing conducted on its canned food products show them to be below the limits set by the EU." They add, "Simplot continues to work with its suppliers to review and test alternate coatings that may provide a commercially viable option."

Perhaps none of this is surprising because finding a product to replace BPA-based resins for lining cans is technically challenging and there are few alternatives available. There would also be concerns about whether any proposed alternative was actually safer than BPA.

How to avoid BPA

You can protect your own and your family's health by minimising your exposure to BPA.