Kilojoules, saturated fat and sugar in your coffee

13 October 2015 | Fond of a daily coffee? It's not just the caffeine you need to worry about, says Cancer Council NSW. 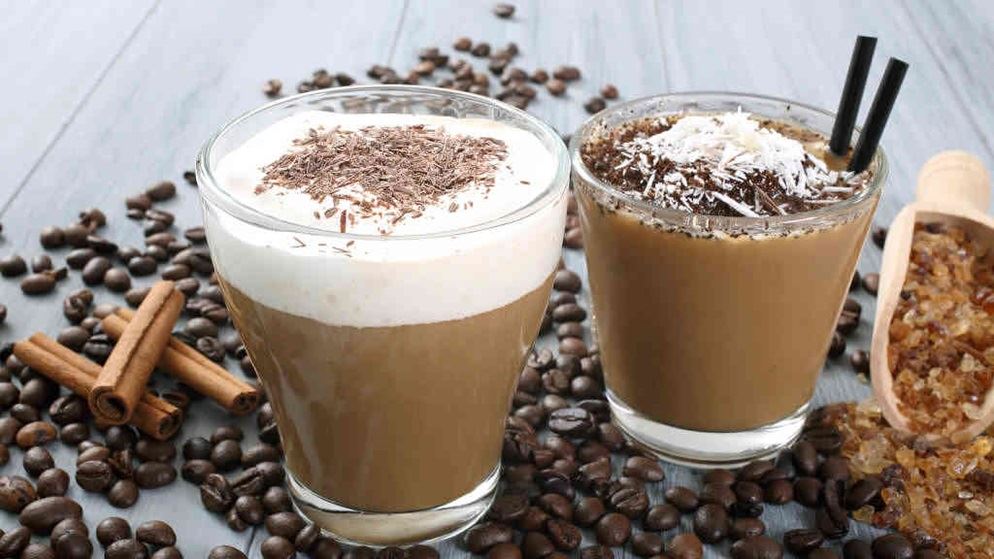 More than just a caffeine hit

You could be getting more than you bargained for when you order your daily brew on your coffee break – and we're not talking about the caffeine.

While a standard latte or cappuccino may be relatively harmless in the nutrition stakes, some coffee chain drinks, particularly the chilled, iced and frappé versions, provide a lot more kilojoules, saturated fat and sugar than you might realise, according to new research from Cancer Council NSW. Contemplating ordering the banana bread too? You might want to think again.

Time to start making your coffee at home? We test more than 35 manual, semi-automatic and pod coffee machines including models from Breville, DeLonghi and Sunbeam in our home espresso coffee machine review.

What the coffee chains are serving up

The review's key findings include:

Nutrition programs manager at Cancer Council NSW and co-author of the research, Clare Hughes, says people are most likely not counting these on-the-go drinks and snacks with high energy, fat and sugar as a meal or as part of their daily allowance, so these choices may be a significant factor in rising obesity rates in adults.

"We have a strong culture of eating on the go and catching up with friends, family and colleagues over a quick coffee and cake. So the foods and drinks we consume away from home make a big contribution to our nutrient intake," says Hughes. "With Australians spending a third of their weekly food budgets eating at cafes, restaurants and fast food outlets, and 63% of Australian adults overweight or obese, it's more important than ever to have access to healthy options and the information we need to make informed choices when we eat away from home."

Cancer Council NSW is calling for these café chains to provide smaller, healthier portion sizes across their drinks and snack ranges so they comply with the guidelines of a discretionary treat (600kJ) for an adult.

"If we can stabilise or decrease obesity levels in Australia, half a million lives could be saved by 2050. That would mean fewer cases of obesity-related cancers, such as bowel, endometrial and post-menopausal breast cancer; as well as heart disease and type 2 diabetes," Hughes adds.

How to make healthier choices

It helps to be conscious of the choices you make when grabbing coffees and snacks to go. To save on kilojoules, fat and sugar, we suggest you: