Though the active noise cancellation is very good, Microsoft's first foray into wireless headphones is mostly middle of the road. 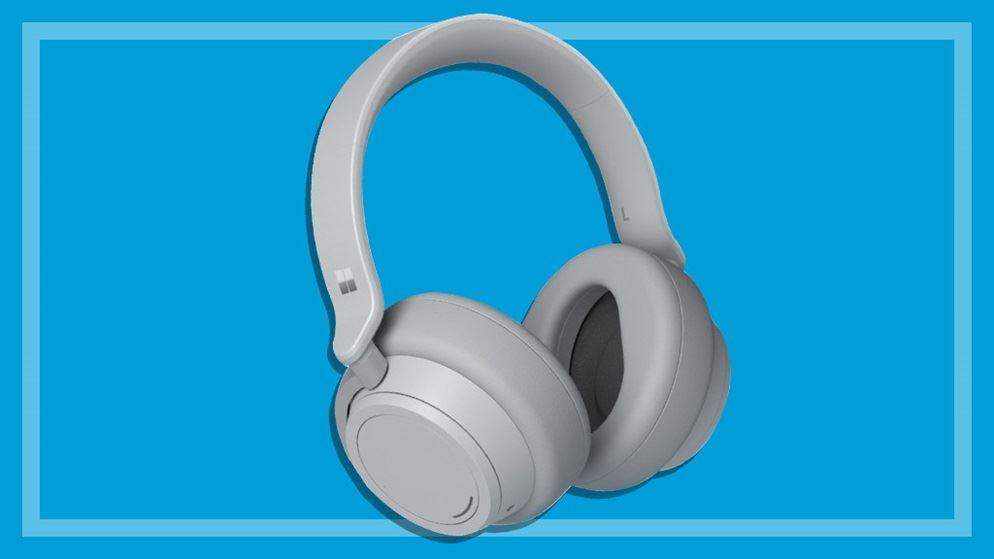 Microsoft has jumped into the wireless headphones market with a pair of cans aimed at the audio industry's big dogs. We try out the new Microsoft Surface headphones to see how they measure up for noise-cancelling, audio quality, comfort, connectivity and controls.

Though the Surface's active noise cancellation is pretty damn impressive, the sound quality, smart functions and controls are pretty middle of the road, and you can only access all the features and tools with a Windows 10 device. Unless you're a staunch Microsoft fan who's heavily embedded in the Windows ecosystem, there's nothing particularly enticing here.

Though the Surface headphones can connect to basically any Bluetooth audio source, Windows 10 devices get a little bonus in the form of an exclusive app. However, it's fairly bare bones, with little more than a basic equalisation, and added voice commands for supported software, such as Spotify.

And while Bluetooth should suit the needs of most users streaming songs from Spotify, Apple Music and so on, there's no Wi-Fi or high resolution audio support.

If you prefer to keep things old school, or don't want to deal with Bluetooth compression, you can connect via:

These inputs can power the headphones as well, even if the battery dies, which makes for a handy backup, but Bluetooth and active noise-cancellation won't work without a charge. 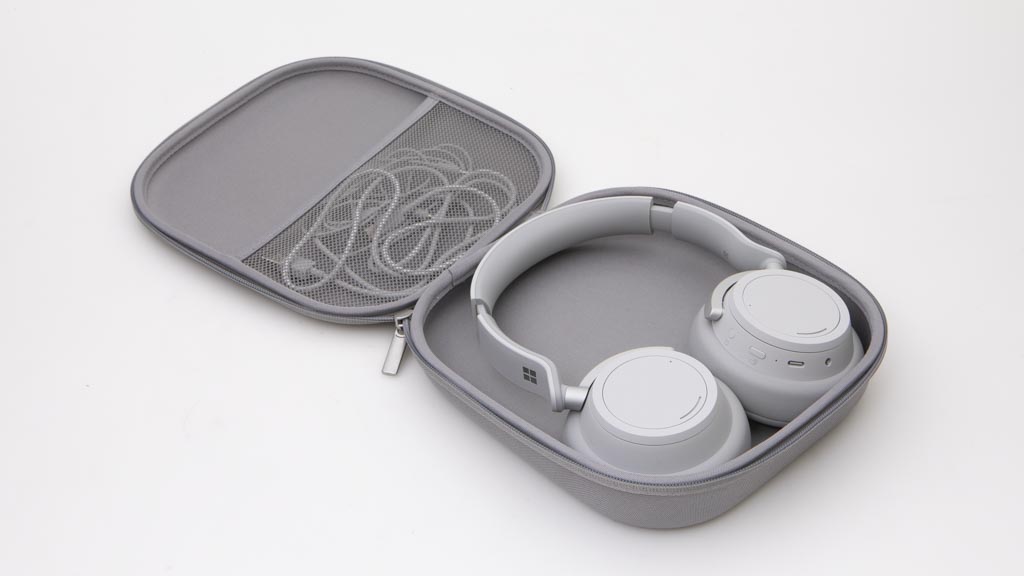 The Surface headphones in their included carry case.

How do they sound?

As far as audio quality goes, the Surface headphones aren't half bad at pumping out popular music. Top 40 type tunes, with a bit of bass and vocal forward production, as well as podcasts etc., sound good.

But they're a bit underwhelming otherwise.

It's still a relatively pleasant listening experience, but there are other similarly priced headphones that are much better at handling dynamic music (such as the Sony WH-1000XM3s).

Can they cancel noise?

What the Surface headphones lack in audio dynamics, they make up for in active noise-cancellation. We tested them in various environments including an office, footpath adjacent to a busy street, and a seat above the wing on a domestic flight, and the ANC reduced these environments to a dull hum every time. Once you start playing something, it's hardly noticeable.

ANC is activated by rotating a wheel on the left cup. It's a simple, natural and intuitive solution.

As you roll the wheel clockwise (towards your head), it increases the level of ambient noise. This is for people that don't like the feeling of total isolation, or if you require some environmental sounds for safety reasons, such as spatial awareness.

Ambient noise doesn't interfere with music until about two-thirds of the way through the rotation. At the higher levels however, the ambient amplification gets a little too extreme, and almost sounds like the jet engine these headphones are so good at cancelling. 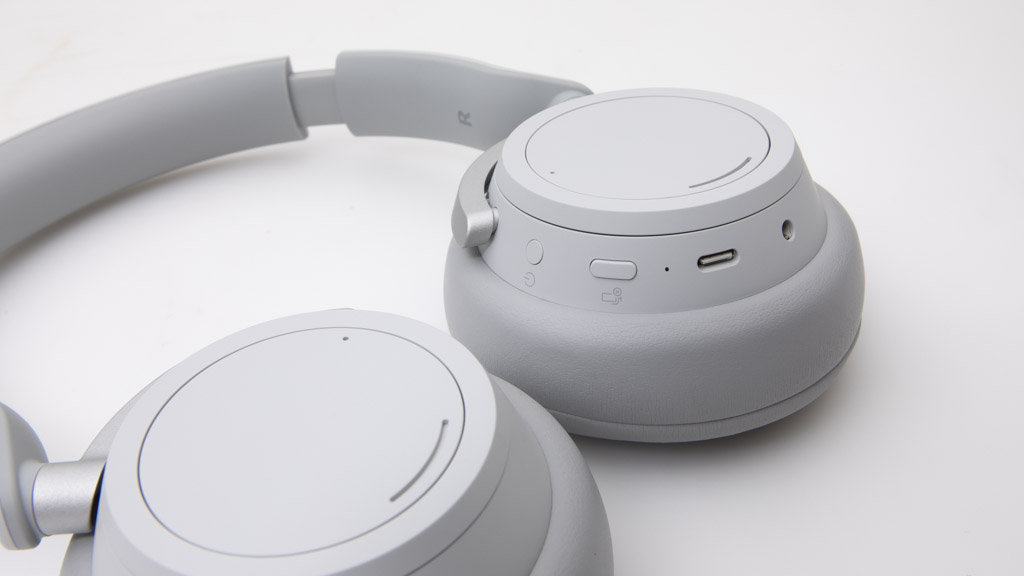 Wheels on each can are used to adjust active noise cancellation and volume.

The cup design should fit comfortably around most people's ears, offering some degree of passive noise cancellation. So even if you find yourself with a dead battery you won't have to endure all the dreadful sounds of day-to-day life.

There's a broad set of features and functions crammed into the Surface headphones, and they're implemented relatively well, save for a few small oversights.

Controls on the cups

Touch controls work most of the time, but they require some additional taps now and then which is frustrating. They also sound like a drum inside your head, so while they're handy for skipping a song or two, you're unlikely to use them very often.

Inbuilt microphones can detect your voice for phone calls and commands, but commands will only work if you're connected to a device with a digital assistant.

The voice commands work, but adding additional functions for Cortana alienates the rest of the market. On the one hand, it's understandable given that Microsoft wants to push its own products. But at the same time, you can't aim an item at the entire market, then expect most people to pay full price for half of the features.

The Surface headphones can connect to multiple Bluetooth devices at once, which is especially useful for taking calls. Say someone rings while you're listening to music from your PC. As long as you're connected to your smartphone as well, the call will stop the music on your computer so you can answer. 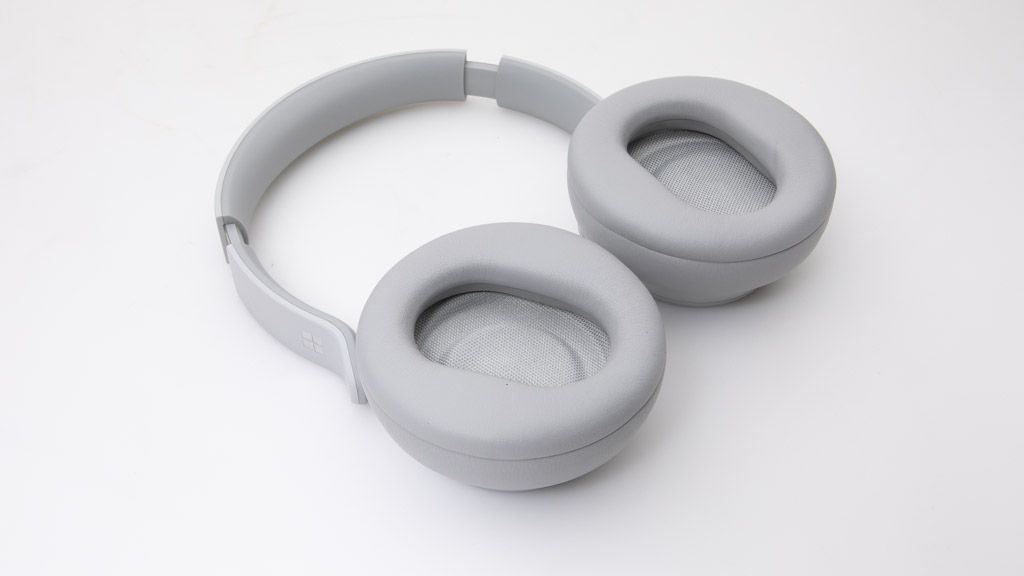 The cups should comfortably fit around most ears.

The Surface headphones are hardly flashy, instead, Microsoft has opted for the minimalist grey and white hues that have appeared across a number of its products as of late. Still, style is subjective, but when it comes to comfort, they are a little tight on the old noggin for those of us with larger craniums. Similarly, the cups are relatively roomy, but can constrain bigger ears.

Things are otherwise fairly standard and easy to use, though there is one design flaw for people that like to hang headphones around their neck. The cans rotate upwards, rather than face down, which causes two problems:

Small issues in the grand scheme of things, but they could have easily been avoided had the headphones spun the other way.

Are they worth buying?

Wireless headphones have become a very competitive market, and when you factor in the best models from Sony and Bose, the Surface headphones don't really stand out. Audio quality is fine, functionality is fine, battery life is fine, the added features for Windows and Cortana users are fine if you buy into the whole Windows environment. It's all just fine.

It would be surprising if extra features for Windows 10 and Cortana would be enough to entice customers to move from Android or iOS into a new ecosystem. However, there is enough there to make it seem like Microsoft is asking non-Windows users to pay the same amount for an incomplete set of features. It's a strange move, and one that winds up feeling like a punishment for people that don't fully invest in Microsoft products. There is really only one company that seems to be able to get away with this closed approach (think fruit).

There are no glaring flaws here, but aside from the outstanding active noise cancellation, there's no compelling reason to pick up the Surface headphones either.