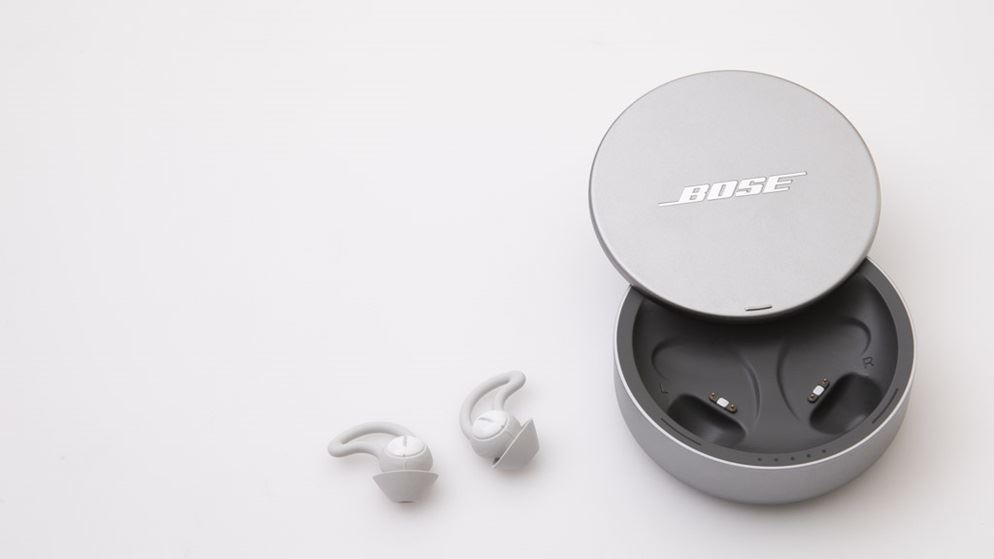 The ability to easily nod off at the end of the day is a skill many of us wish we possessed. Instead, we lie awake at night, distracted by every single sound within a kilometre radius, or the nagging, anxious thoughts that just won’t turn off. If we’re near a noisy pet, or worse, a partner that snores like a jet engine, it just compounds the problem.

The answer? Live in isolation on the moon. Too expensive? The new Sleepbuds from Bose, which can supposedly mask these sounds while helping you mentally switch off, claim to offer a solution to your sleep problems.

Interested in noise-cancelling headphones for music and movies? Check out our reviews.

Following extensive reports of poor battery life and charging performance, Bose is offering full refunds or replacements on any existing models. Bose has extended the product warranty and return period to 31 December 2019, after which you will not be able to get an exchange or refund. Bose has also committed to supporting the Sleepbuds app with updates and bug fixes, for anyone that wants to hold onto their existing pair.

For information on how to get an exchange or refund, head to the Sleepbuds support page.

The Sleepbuds are easy to use, comfortable to wear and portable, the available audio is relaxing, and they do a decent job of helping you ignore common night-time noises. It's just a shame to see Bose restrict users to their app, as more people would likely pick these up based on physical comfort alone, if they could listen to their tunes of choice.


What are Bose Sleepbuds?

The Bose Sleepbuds are essentially a white noise machine combined with wireless headphones, designed to help you unwind in bed. They connect to an accompanying app on your phone, which includes 10 repetitive, ambient sounds that claim to lull you into a sound sleep. These tracks are mostly nature oriented – things like running water, rain or rustling leaves – but there's also white noise, jet engines and one piece of ambient music.

Bose also claims that their headphones can mask common night sounds such as snoring, traffic and conversation in other rooms, even without active noise reduction. They have a 16-hour battery life and automatically connect to your smartphone or tablet via Bluetooth. 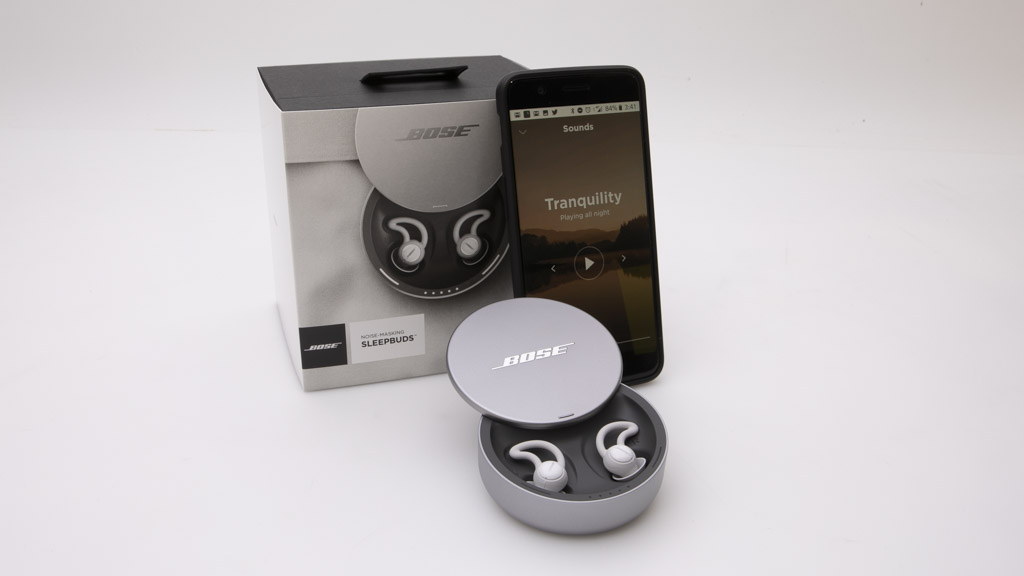 The Sleepbud kit and app.

Typical earbuds can be uncomfortable to wear, particularly if you sleep on your side, as they protrude from the ear canal. Sleepbuds however, sit flush against your ear, with a snug, soft rubber finish that feels comfortable and secure. Each pair includes three different fittings to suit a range of ear sizes.

The carry case is about the same-size as a hockey puck with a built-in battery that provides one additional charge. So if you're getting the recommended eight hours sleep, you can use the Sleepbuds for up to four nights without having to find a power supply. 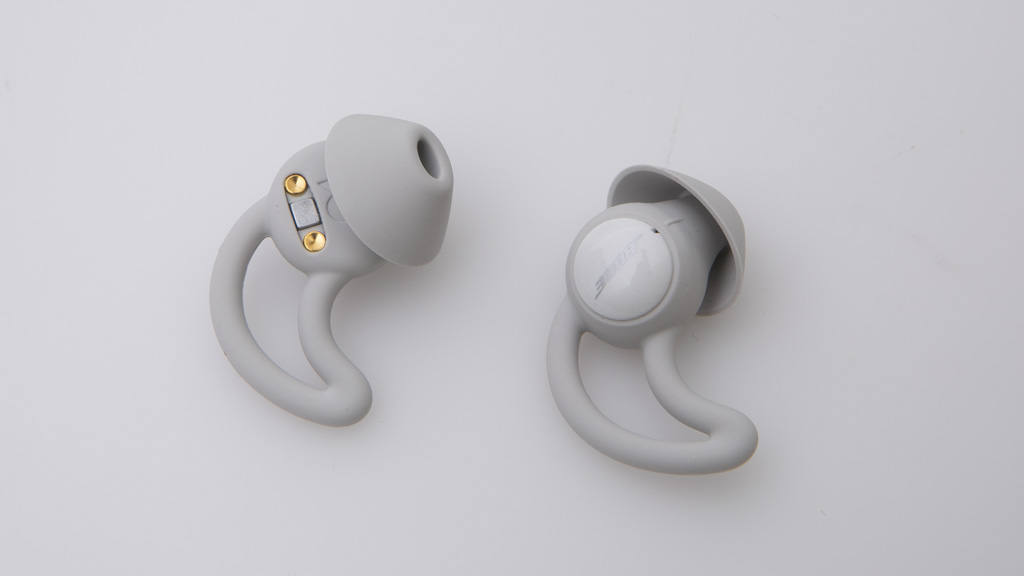 The rubber forms a snug, comfortable fit in your ear, which helps cancel environmental noise.

What does the Sleepbuds app do?

The accompanying app is clear and straightforward. Bose has adopted a simple, minimalist design, which makes it easy to navigate. Once you turn on Bluetooth, it detects your Sleepbuds and automatically connects. Then it's just a matter of swiping left and right through the track library.

Other useful features include:

One glaring omission however, is third-party app support. Sleepbuds only work with the official app, limiting you to the Bose ambient sound library. Sure they're relaxing, but some people prefer to fall asleep to music, podcasts or e-books, and this limitation really restricts the Sleepbuds' potential. 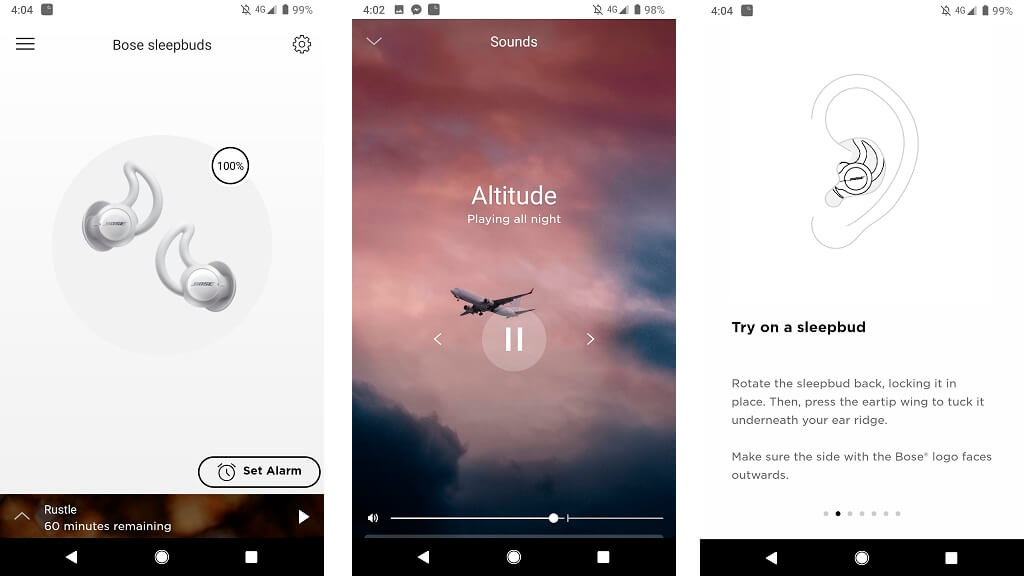 Can Bose Sleepbuds help you sleep?

Firstly, remember that the effectiveness of sleep aids is subjective. There's no universal fix to problems people face when it's time to get some rest. With that in mind, we can say that the Bose Sleepbuds certainly have the potential to help you nod off.

Sound selections are varied enough that at least one option may lull you into a sound sleep. They're very good at taking your attention off everything but the rhythmic tones flowing through your ears, and yet they're just subtle enough to allow uninterrupted rest (based on how we felt the next morning at least).

Plus, they're very comfortable, secure and indiscreet. Once you pop them in and connect to the app, you'll almost forget that they're there, regardless of your sleeping position. They even stay put when you roll around at night.

However, the environmental noise masking claims are a bit of a mixed bag. In order to test these, we wore the Sleepbuds to bed, then played studio samples of typical night-time noises via a speaker on a nightstand. We found that:

So in the case of inconsistent noise (snoring, chatter etc), Sleepbuds don't quite live up to their masking claims. But they certainly make it much easier to ignore them by turning your attention to the ambient tones. 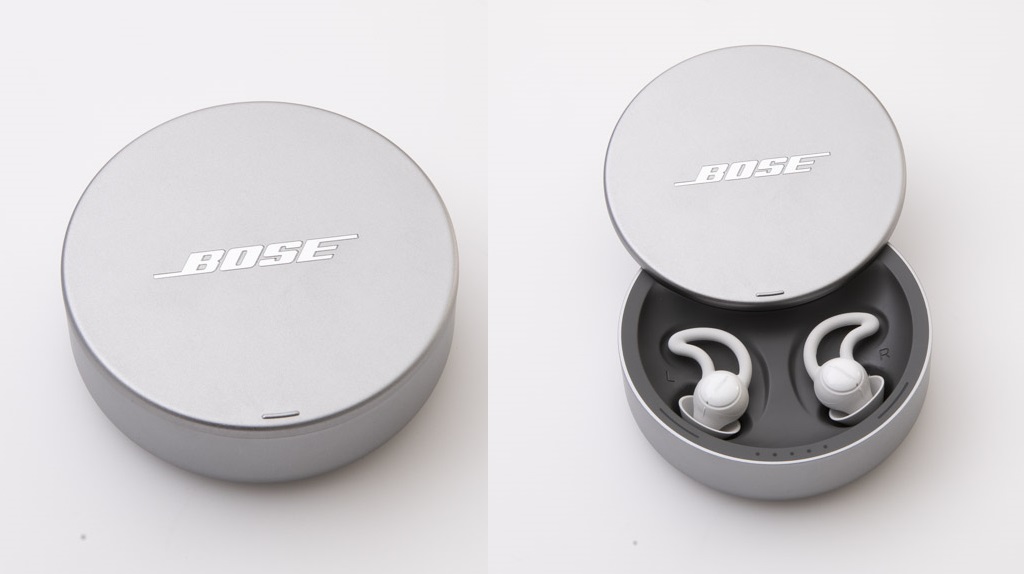 Sleepbuds in the charging/carry case

There are a few little things that hinder their true potential. As we've already mentioned, the main gripe is that you can only use the audio files in the Sleepbuds app, but other issues include: