We get hands-on with the low-cost centralised file and media storage device. 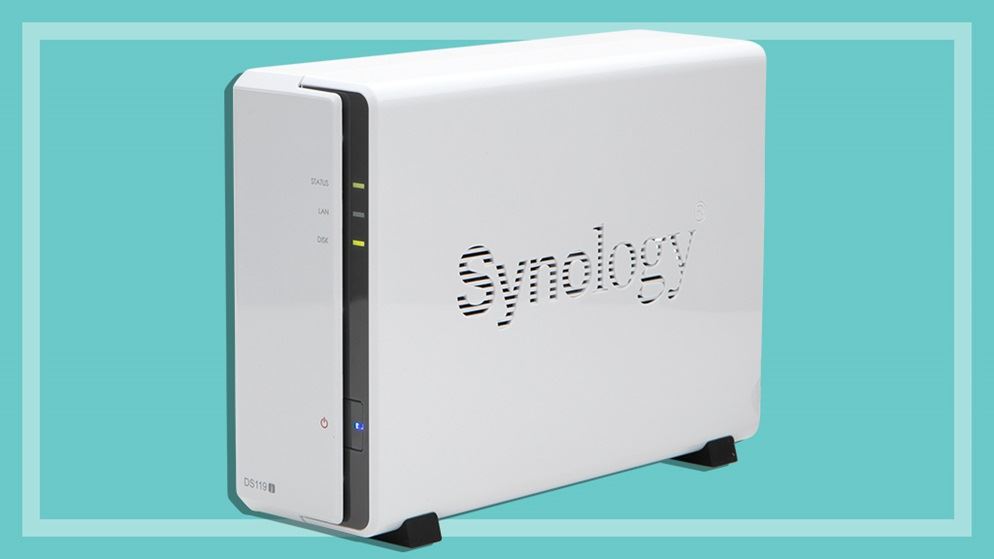 An entry-level NAS for new users

Looking for a centralised place to store your documents, videos, photos and music on your home network, that can also be used as your own personal cloud?

Synology's latest entry-level NAS (network attached storage) device gives you all this at home – or over the internet when you're out and about – via your mobile phone, tablet or laptop.

Synology's DS119J is a single-bay NAS designed for home and first-time NAS users.

We borrowed one from Synology to see just how capable and user-friendly a low-cost NAS can be.

The Synology DS119J stores your files in a central location and makes them available to your devices either over your home network (also called a local area network or LAN), or via the internet using a service called QuickConnect.

You'll need to install your own 3.5-inch hard drive (which is easily done), but there's only room for one. Drives are available up to 14TB capacity, but you can start smaller and swap it out for a larger one down the track. With just one drive and a range of apps to choose from, it's more of a media server than just a backup station.

The DS119J comes with built-in apps for videos, photos and music, and you can download more to extend its capabilities. But it doesn't have hardware-based video transcoding, so it won't convert video types on-the-fly while streaming to your TV.

Users with an NBN connection will find remote access faster and thus more useful than those handicapped by the slow upload speeds of ADSL.

If you want to try out a NAS at home, the DS119J is a fairly easy solution, but novice NAS users will still face a bit of a learning curve to get the most out of it.

Shopping around for a new laptop? Our laptop reviews compare more than 20 models from Apple, Dell, HP, Microsoft and more.

How to install and set up the Synology DS119J 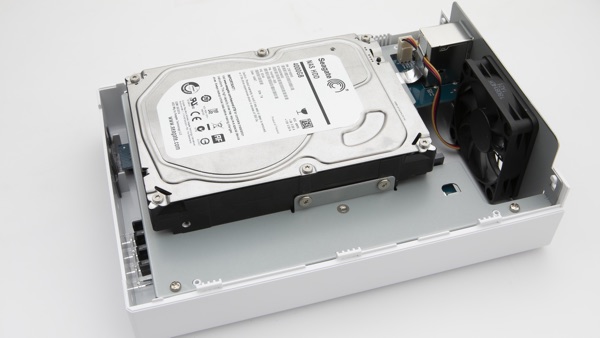 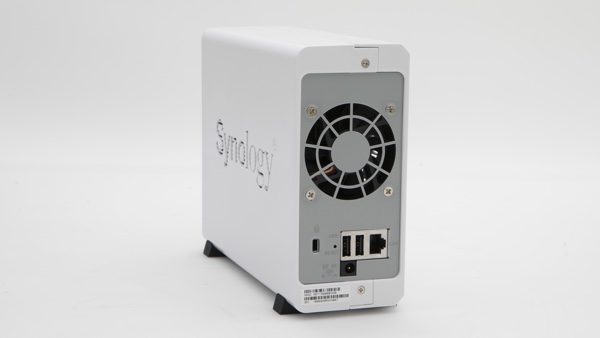 Behind the NAS are two USB 2.0 ports, gigabit ethernet and a Kensington lock slot

How easy is it to use?

The NAS software interface looks like a typical desktop operating system, with menus and apps.

The Package Center has plenty of apps to choose from, including:

Some of the features on offer for Cloud services can be a little complicated, so you'll need to do some research if you want to get the most out of features such as file synchronisation and versioning.

If this is your first NAS, you might find it a bit daunting to do more than just use it for storing and accessing files locally.

Persist, however, and it can be a rewarding experience to expand its capabilities via packages, once you figure out which packages can do what and how to use them.

The Package Center lets you choose which apps to install.

How does it perform?

We equipped the Synology enclosure with a 4TB Seagate ST4000VN008 NAS hard drive for our testing.

That's quite a reasonable performance for the price.