How we test digital cameras

Digital cameras are put through hundreds of tests to find the best performers. 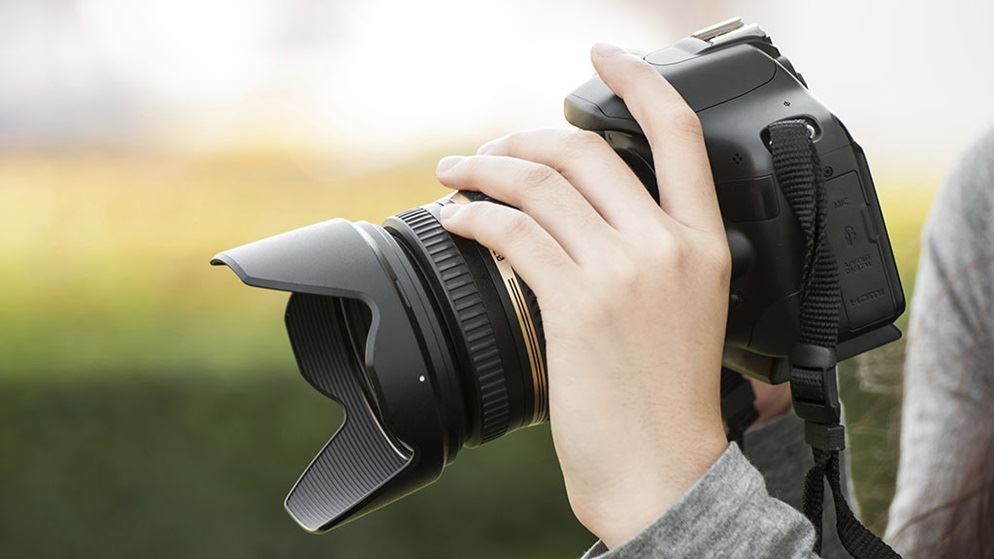 Which camera will take the best pictures?

If megapixels don't tell the full story and the market is awash with technical jargon, what can you rely on to sort the best from the rest? The answer is a comparative test that looks at only a camera's output and ease of use, without relying on brand reputation or a tester's prejudice that could influence the results.

How do we choose which cameras we test?

Cameras don't vary in any meaningful way from country to country, which makes an international test possible. However, we only test products that are purchased from retail outlets. Then all cameras are put through the basic tests, but the more sophisticated cameras, such as SLRs go through extra testing.

A camera is considered to be sophisticated if it has:

How do we score cameras?

Our camera tests share a number of elements, but some are not common to each (basic and sophisticated) and it isn't possible to directly compare scores from one test to the other. However, a score of 70% or more is considered a good score and anything less than 40% is a poor score.

The overall score has the same weightings for both tests:

Before we begin testing a camera, we make an exhaustive list of its features and specifications. Manufacturers' specifications often leave out protruding parts or batteries, so we measure most things to try to give you information that relates to actual use.

We hope this article helps to explain why our results sometimes differ from other reviews that rely on an individual opinion to appraise these complex products. See also our digital camera buying guide and digital camera reviews.

How do we assess camera picture quality?

Picture quality is evaluated after the photos are transferred to the PC. For all basic tests the cameras are set to full automatic function, including exposure, white balance and focus function, with the maximum resolution and image quality setting in JPEG, unless otherwise stated. Test charts are adjusted to fill the monitor display of the camera.

If not stated otherwise, we use a tripod. 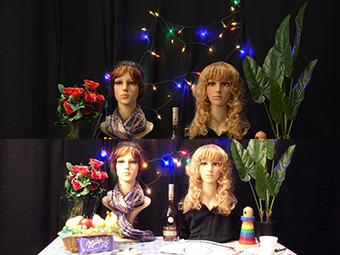 Portrait in a living room without flash. 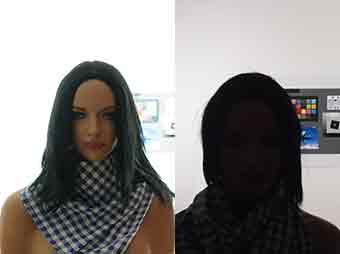 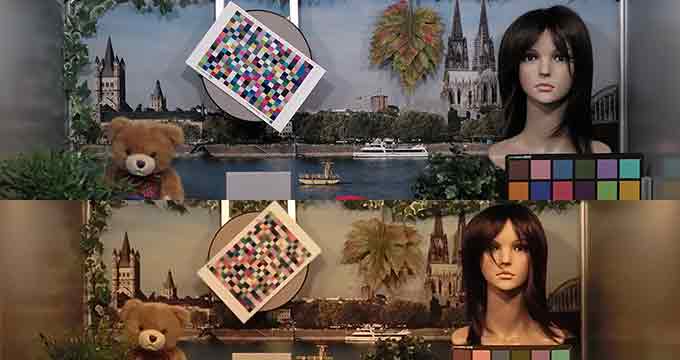 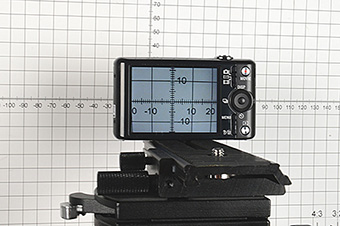 The following tests are measured using manual settings where possible. Sophisticated cameras are appraised using both their JPEG and RAW output. 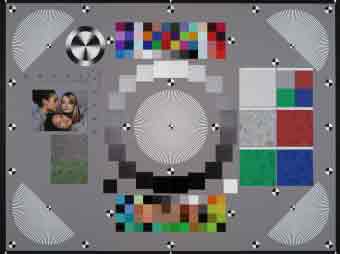 How do we assess camera video quality?

Monitors, projectors and video cards are adjusted to sRGB colour space. All measurements and recordings are made using automatic exposure and automatic white balance settings.

These recordings are replayed on profiled and calibrated, high-quality monitors or projectors with high resolution (FullHD with 1920 x 1080 pixels and at least 25 (24) frames per second). The test panel evaluates colour fidelity, observing the actual objects (colourful objects and the like) used in making the recordings with appropriate illumination. The recorded images are rated according to the following criteria:

All measurements and recordings are made using the camera's automatic gain control settings. An audio stereo sample from CD (classical music with high dynamic range and both male and female voices), is played over two high-quality loudspeakers in a room.

We then listen to the recordings using high-quality headphones and rate the overall audio quality of the sample recordings, at the original volume. Problems with motor, zoom and button noises are noted.

How do we test camera functions?

We check to see if the flash is 'intelligent', that is, the power of the flash automatically adapts to the distance from the subject.

To test flash quality over a long distance we take pictures in a dark room at the camera's widest angle setting.

A panel evaluates the quality of the monitor and viewfinder for readability under different light conditions (sunshine, low light indoor). Adjustments for users wearing glasses (diopter correction) is evaluated as well. In both cases we look for picture quality in terms of colour performance, brightness, contrast, resolution and the speed of the refresh rate (important for precise pictures when zooming or taking photos in panning situations). 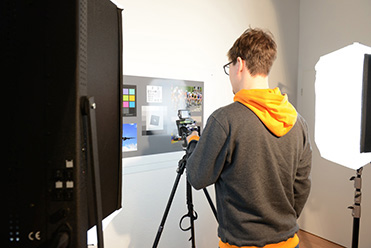 How do we assess ease of use?

All the camera's functions are set to automatic and the lens is focused at infinity. The camera is then aimed at a timing display at eight metres and triggered with a sensor attached to the shutter release button of the camera. 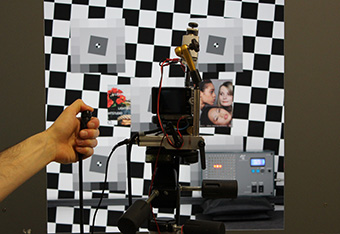 The device is switched off for at least a minute then switched on and we measure the time it takes before the first still frame is taken. The process is repeated in video mode.

We record the time (in seconds) it takes to carry out five cycles of the following, with the camera set to maximum image quality:

There's a subjective score for how difficult it is to manage the controls while carrying out this test.

We measure the time it takes to take a picture, from pressing the shutter release until the camera indicates it's ready to take the next picture. The camera is at its highest quality setting with the flash off.

Using a consistent illumination (1000 lux) with the camera set at medium focal length, a subject at three metres and with the flash off, we measure:

We measure autofocus speed at a luminance of approximately 10 cd/m².

The printed documentation and the manuals on CD-ROM or in-camera supplied are evaluated for:

The insertion and the removal of the memory cards is evaluated for:

Is the release button easy to handle? Does it need much force to depress? (If it's too stiff there's a danger of moving the camera while releasing.) Is there a clear indication when the shutter releases?

We give a rating for the quality of the feedback of the toggle point when using the focus lock by half-pressing the shutter release.

How easy is it to use the focus adjustment in manual mode? Are there easily readable scales or other information aids for determining the object distance?

We give a rating for the adjustment of the optical zoom control, speed, responsiveness, number of steps and precision.

Battery change and control of the remaining power

We check how easy it is to change the battery and what indications there are when the battery is getting low.

We check for precision, mechanical play and friction when changing larger and smaller lenses.

Who are our expert testers?

All the tests and procedures described in this article are carried out or overseen by professional testers in specialist camera testing laboratories in Europe.