Should you jump on the car-sharing bandwagon? 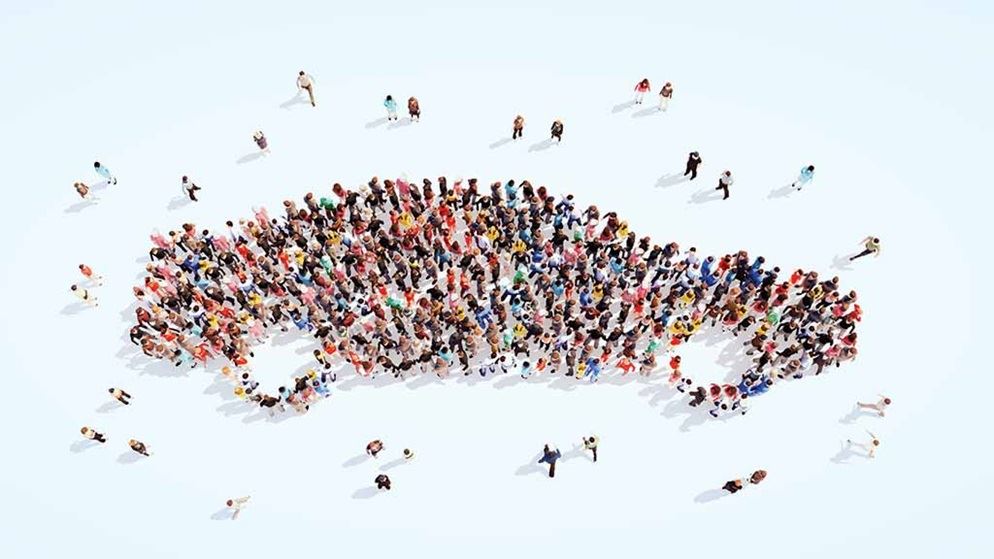 Have you considered using a car share scheme, wondering if it's right for you or would save you money?

If you simply want the convenience of being able to access a car every now and then, or you already have a car but need a second for the odd errand, car sharing may well save you money. But what if you drive a lot? Will owning your own car be cheaper in the long term?

What is car sharing?

Car sharing is different to typical car hire in that you rent the car on an hourly basis. And instead of picking up the car from a central location, car share spots are dispersed around cities (ideally near your home). They're also becoming popular in new apartment blocks. If you're planning a weekend trip, full-day rentals are possible and there's generally a range of vehicle types you can choose from. Just remember: you'll need to return the car to the same location at the end of your booking.

Car share schemes have been growing at a rapid pace and given that traditional car rental companies such as Hertz have jumped on the bandwagon, it seems car sharing is a profitable business model that's here to stay. And if the job ads for the US car-sharing giant, Zipcar (owned by the Avis Budget group), are anything to go by, it too is set to make a splash in the Australian market.

The growing number of car shares in Australia includes:

Once you've signed up (the majority of car shares have some sort of ongoing membership fees), most companies provide an electronic swipe card that enables you to unlock and lock the car you've booked (keys are in the car).

There are also peer-to-peer car share services such as Car Next Door and DriveMyCar Rentals, which is essentially renting out your neighbours' car. While the prices can be cheaper, cars may only be available if nearby neighbours have signed up to rent out their vehicles. Car Next Door allows you to book instantly online, by the hour, while bookings on DriveMyCar Rentals can take 28 to 48 hours to be approved and have a minimum seven-day rental period.

Is car sharing for you?

Car sharing will best suit those who:

At first glance, car sharing may seem expensive. Pricing varies depending on the company – some charge casual hourly rates as high as $15.99, while others charge as little as $5.69 an hour but charge $0.40 per kilometre on top of that. The cost includes petrol, servicing and repairs, and some level of insurance cover.

We did some sums to figure out when car sharing is a more cost-effective alternative to owning your own car. We used car insurer RACQ's average vehicle running costs for a Toyota Yaris, commonly found in car shares.

The average Australian capital city-dweller drives around 10,000 kilometres a year – about 192 kilometres per week – according to data from the ABS. We used the scenario of someone who drives 20 hours a week for calculating car-sharing costs. In this scenario, car ownership comes out on top with monthly running costs of $537.47, compared with $781.50 for the cheapest car share alternative (Flexicar, in this instance).

But, with car ownership, many of the costs remain fixed, no matter how often you drive. The ethos behind car sharing is about encouraging you to drive less – and the less you drive, the better value car sharing becomes.

*Ownership figures take into account set running costs such as depreciation, interest on a car loan, insurance and registration as well as per kilometre costs like servicing and repairs, tyres and fuel. If you pay for the car outright, running costs will be less.

Price isn't the only consideration, obviously. Perhaps more important is making sure the scheme has a decent number of cars located near you. Car share schemes are typically located in inner-city areas with little coverage in suburban areas.

You'll also want to make sure the car share has good availability. Actual utilisation rates of vehicles aren't easy to come across. Susan Shaheen, an adjunct professor at the University of California, Berkeley, who has researched car-sharing schemes around the world, says the target is around 60–70%, which means the car is in use for around 14.4–16.8 hours per day.

Most car share schemes operate on a ratio of about 30 members to each car, except for Hertz 24/7 which has around double that number of members per car (it doesn't have any ongoing membership costs though, so member numbers could be artificially inflated). When we asked Hertz 24/7 how members could be guaranteed good car availability its response was: "While it's hard to guarantee availability, members can reserve a car up to six months in advance". By comparison, Flexicar (also owned by Hertz) responded saying it has "planned for a members-to-cars ratio that's low enough to ensure a car will be available when needed".

How does the insurance work?

When does your liability start and finish?

Each time you get in the car you'll need to assess if there's any damage first. Unless you contact the company to tell them about any issues before you drive off, you'll be liable for any damage that occurs.

But what about damage that may occur while it's parked on the street after you've finished your booking period? Neither Hertz 24/7, Flexicar or GreenShareCar provided satisfactory explanations for how liability is determined in such circumstances. Hertz 24/7 dodged the question entirely, while Flexicar told us anything reported after your booking period is the driver's responsibility, suggesting your liability ends only when the next booking begins. GreenShareCar says it "make[s] a decision based on where the damage is and the likelihood of how it may have occurred" and says liability ultimately ends "when a new member books the same car". By comparison, GoGet told us: "If the car is damaged in between bookings and no one comes forward then we are liable. Members can only be liable for the duration of their booking".

We couldn't find any of the car share services' insurance policy disclosure statements on their websites making it difficult to know what exclusions in cover there may be.

The main scenarios in which you won't be covered when it comes to a car share are if you:

Some companies don't provide personal accident cover, which could leave you in the lurch if you injure yourself.

Car sharing isn't just about saving money, there are other environmental and social benefits that come with it. The Car Sharing Association, an industry group with members in 11 countries, says that car sharing is about "encouraging members to drive less often, plan trips more, use other modes of transportation more, and share fuel efficient vehicles when a car is needed".

Various studies have found that for each shared car on the road, anywhere from four to 13 cars are taken off the road. In addition to this, car sharing has been shown to reduce traffic and parking congestion as well as the number of kilometres travelled as people become more aware of the costs. Car sharing also increases the use of other transport modes such as public transport, cycling, and walking.

While a $10–20 trip to the shops may sound expensive, the reality is, you could be paying the equivalent costs or more to own your own car. Car sharing simply puts us in touch with the actual cost of driving. If, however, you're driving more than 5000 kilometres per year, you'll probably be better off owning your own car.