How fresh is it really? We reveal the tricks producers and supermarkets use to keep food looking fresh. 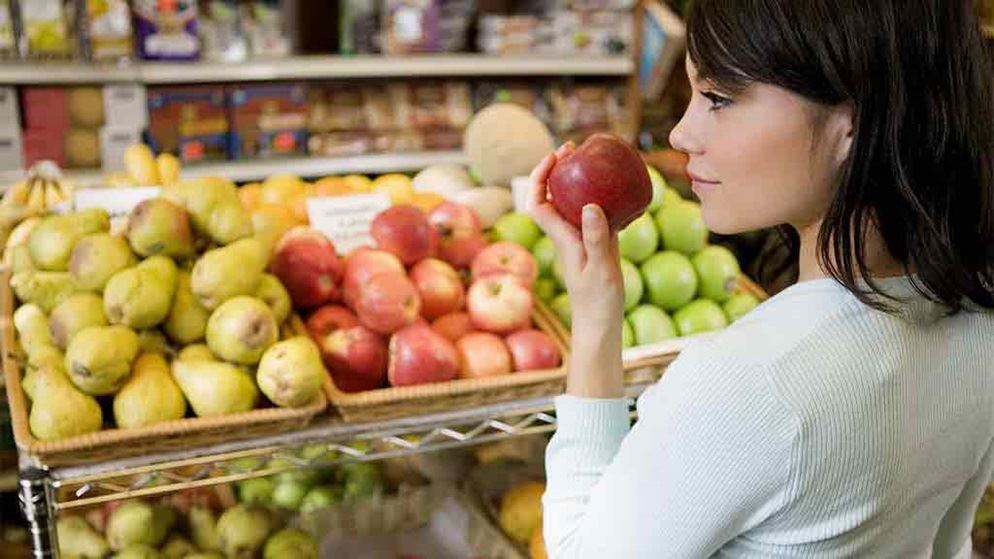 How fresh is it?

Fresh food sold in supermarkets – such as fruit, vegetables and meat – isn't always as fresh as you might think. Technological advances mean the lamb chops that look so succulent could have been butchered four months ago, and those shiny red apples might have been in storage for more than a year.

It's a fair-enough expectation that if you're buying "fresh produce" it shouldn't have been frozen or preserved. You'd also expect it to be put on sale as close to the state it would be in at the time of picking, catching or producing. So are meat, fruit and vegetables that have been stored for an extended period still truly fresh?

Most fruit and vegies can be stored for at least a few weeks if the conditions are right. Up to about 10% of our supposedly "fresh" fruit and vegetables came from overseas in 2011–12. Grapes may be imported from the US (packed with sulphur dioxide to prevent mould growth), while asparagus can come from Peru.

Quality is further compromised when fruit is picked before it's fully ripe to make it easier to store and transport over long distances. And varieties are often chosen more for ease of storage and transport than for flavour. A huge amount of research has been done on making food last the distance:

In the right storage conditions, it's now possible to store chilled beef for up to 140 days and cuts of lamb for up to 70. Some supermarkets may still have their own butchery, but there's been a trend (following the US and UK) to distribute pre-butchered meat from a central location. It's then either vacuum-packed or placed in special modified atmosphere packs for display.

The gases used for these packs are carbon dioxide and nitrogen – carbon dioxide inhibits growth of micro-organisms and nitrogen is an inert filler. It is possible, by adding a small amount of carbon monoxide to the gas mixture which reacts with the myoglobin in the meat, to keep the meat looking a healthy red colour, even when the meat is far from fresh. However, the use of carbon monoxide to change the colour of either meat or fish is not permitted in Australia under the Food Standards Code.

The extended storage time for meat made possible by technology also poses health risks. Harmful bacteria can grow to dangerous levels while the food remains attractive to the eye. Clostridium botulinum is of most concern because of the severe illness it causes. Thorough cooking should kill most bacteria, but extra care is needed to make sure that the meat is cooked right through and to avoid cross-contaminating other foods with bacteria via knives or cutting boards, etc.

Effects of storage on fruit and vegetables

They may still look perfect, but fruit and vegetables lose some vitamins from extended storage.

How to pick fresh

Be wary of supermarkets

You may find better quality and fresher produce at specialist butchers and fruit and vegetable shops than at your local supermarket. Farmers' markets can also be a source of good-quality fresh produce. Organic meat, fruit and veggies are more likely to be locally produced and organic farmers often choose tastier cultivars, especially for fruit.

Now that so much produce is available for most of the year, it's easy to lose track of its seasonality. Fruit and vegetables that are in season are likely to be fresher, tastier and more nutritious. What's in season at any one time obviously varies across the country. See the Seasonal Food Guide for where to get current information for your area. There are also services that will deliver boxes of in-season local fruit and veg straight to your door.

The fruit should look evenly coloured, with a bright appearance. Feel for a tender texture, and smell the stem end for stone fruit and the blossom end for apples, tomatoes and melons. Only buy fruit with a full, fruity aroma.

Green vegetables should be crisp and not shrivelled or yellow. With broccoli and lettuce, check there's no rot at the end of the stem. If you don't like the look of what's on offer, you're probably better off buying frozen or canned vegetables. While they may not be as crisp and crunchy, frozen vegetables retain most of their nutrients and can be more nutritious than "fresh" vegetables that have been transported over long distances. Canned vegetables (and fruit) also retain most of their original nutrients. They have less vitamin C, but the levels of dietary fibre, carotene and folate aren't much affected by the canning process.