Shopping ethically for sustainability and the environment

Being an ethical consumer can be tricky, but here are a few tips to get you on the right track. 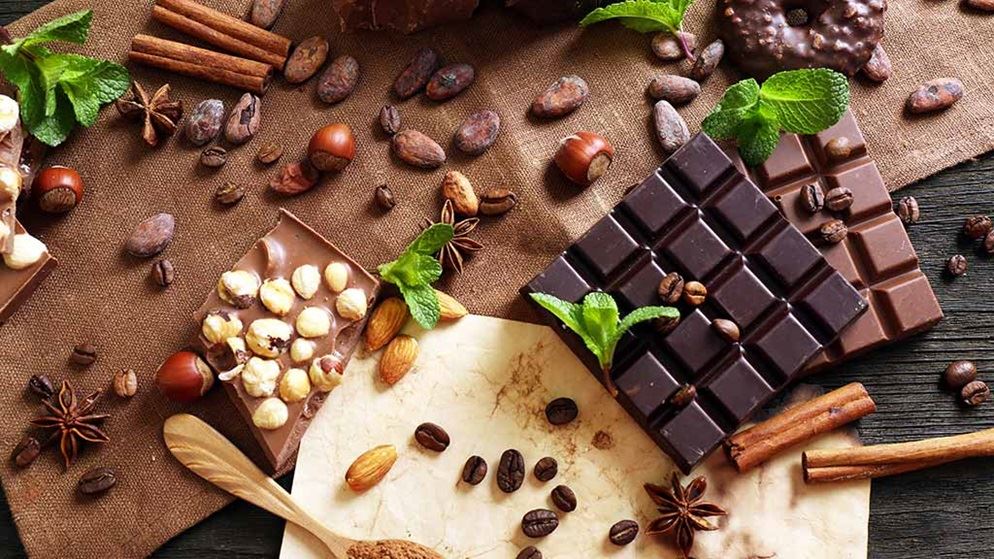 As much as I try, it seems that just about every week there's yet another way I'm being an unethical consumer. Maybe it's the free range eggs I buy that turn out not to be, or the piece of fish I thought was sustainable but turns out to be an overfished species. And I want to buy ethical clothes – but I just can't figure out where, and how, they were made. The list goes on.

Unfortunately there's no easy way to be a completely ethical and sustainable consumer, and often it can feel like it's all too hard.

"It's easy to be overwhelmed about all the things you could care about," says Gordon Renouf, from Ethical Consumers Australia. His advice? Don't beat yourself up for not doing everything and, instead, think about an issue you care about and find out how you can have the biggest impact.

If you care about climate change, for example, you may want to start by switching to an energy provider that uses renewable energy (take a look at our green electricity review), or by focusing on reducing your meat intake. If you can't choose where to start, the Global Footprint Network provides an eco-footprint calculator which you can use as a starting point to find out where you're having the biggest impact.

Part of the difficulty with living more ethically is the murkiness around how to define ethical behaviour. The term 'ethical' may mean different things to you depending on your interests or concerns.

That said, there are a bunch of helpful resources out there for the person on a quest to live more ethically. We've gone through quite a few of them and come up with a shortlist that should make doing the right thing a lot easier. They cover the areas of:

We've also compiled a list of further resources and articles to help you become a more ethical consumer.

Where we choose to invest our money is arguably one of the most powerful ways to make a difference.

For many Australians, perhaps the biggest, and easiest, way to have a positive ethical impact is to look at your superannuation, which will likely be one of your largest investments. Collectively, for example, Australians have $2 trillion in their super funds.

Depending on your interests and values, there are a few ethical investment and superannuation funds around. The Responsible Investment Association Australasia (RIAA) runs an ethical investment accreditation scheme. All certified products must disclose where and how they invest and have been assessed by RIAA as being "true-to-label, and not misleading" in terms of their ethical investment strategies. The RIAA is also planning to release an online tool for consumers in June, which will make it easier to choose an ethical investment provider.

Be aware that RIAA only assesses ethical considerations, and doesn't examine the performance of funds or the fees charged, so you'll obviously need to weigh this up in your decision-making. However, it may not be a deal-breaker – according to the RIAA's Benchmark Report, it's common for responsible investment funds to outperform their relevant mainstream funds over the short, medium and long term.

If you're looking for help to invest your money more responsibly, the RIAA also certifies financial advisers.

Another tool you may find useful in assessing super funds in terms of sustainability, alongside considerations of value for money, is the independent research group Super Ratings. Super funds that demonstrate excellent investment practices in relation to sustainability receive an Infinity Recognised rating. You can access surface-level ratings for free but have to pay for more in-depth analysis and comparison of funds through SuperSavvy.

You can also read our guide on ethical investing for more information.

Unfortunately there's no entirely comprehensive way of finding out whether or not your bank is ethical. But there are a number of resources that examine where banks are investing their money and these can help guide your decision-making.

If you're concerned about the environment, Market Forces provides a bank comparison tool based on which banks do and don't have a record of funding fossil fuels. Oxfam has also investigated the big four banks in a bid to promote more socially responsible banking and revealed the way they have backed companies connected to land grabs in some of the poorest countries.

Alternatively, if you're interested in investing with a bank that proactively invests in social and/or environmental projects, some banks have accounts which offer this. While RIAA doesn't accredit banks for this, it has accredited some bank products, such as Community Sector Banking's social investment deposit account. The bank account allocates 50% of the profits to fund its Social Investment Grants Program.

Bank Australia operates with a slightly different model. The community-owned bank invests up to 4% of its after tax profits in its Impact Fund which focuses on environmental, social and economic initiatives chosen based on its customers' values. This year, for example, the bank is looking to fund programs that focus on environmental sustainability, gender equality, disability and educational disadvantage. Bank Australia also claims to be carbon neutral and to offset some of the emissions from its car and home loan products through its Conservation Reserve.

For the majority of people, our food choices are one of the biggest ways we can have an impact on the environment as well as affecting the welfare of the people or animals that produce it. Food accounts for just under half of an average household's eco-footprint, according to the Australian Conservation Foundation's Consuming Australia report, published in 2007.

Cassie Duncan, the co-founder and general manager of Sustainable Table, says eating more ethically can be summed up by the following:

Consider what foods you eat

The type of food you choose to eat (and how much of it you consume) is likely to be what has the biggest impact on your environmental footprint. Meat, for example, is generally much more carbon- and water-intensive to produce than plant-based foods. Research conducted by the Environmental Working Group (EWG) based in the US found that lamb, beef and cheese produced the highest emissions, while lentils, beans and tofu are far less energy-intensive sources of protein.

The EWG has produced a helpful infographic comparing different foods – or for a more Australian take on the matter, this article explains the issues. The story is similar in relation to the amount water it takes to produce different foods. A useful resource is the Water Footprint Network's data, which demonstrates for example, that per kilo, bovine meat requires 15,415 litres to produce while vegetables require just 322 litres. Sustainable Table also provides a wealth of information on how to eat more ethically.

If canned tuna is your thing, you may want to look at Greenpeace's guide.

Locally grown and in-season foods are also likely to reduce your environmental footprint as they won't need to be kept for as long in storage or transported as far. That said, it likely won't have as much of an impact as choosing to eat less meat or cheese. However, if you're keen, a good way to get food from closer to home is to sign up with a food box service that delivers fresh fruit and vegetables direct from local farmers.

Sustainable Table also publishes a seasonal produce guide to help you when shopping.

The age-old problem of finding out if the chickens that produced your 'free range' eggs actually had meaningful access to the outdoors has been nearly eliminated with CHOICE's recently released CluckAR app, available for Android and Apple phones and devices. The app lets you scan egg cartons when shopping to find out whether they meet the free range definition as outlined in CSIRO's model code.

Try to ensure producers are paid a fair wage

This is perhaps one of the hardest suggestions to action as supply chains are notoriously lacking in transparency. Fairtrade Australia New Zealand has certified over 2500 products, which ensures producers are paid a fair wage and that products meet Fairtrade standards. At the supermarket, look for the Fairtrade certification on tea, coffee, chocolate and vanilla products.

Other certification schemes that are also worth familiarising yourself with are UTZ Certified and the Rainforest Alliance.

Use the Shop ethical! app to inform your decisions

Shop ethical!, produced by the Ethical Consumer Group, provides information on the ethics of products from food and drinks to clothing and electronics across a range of issues such as sweatshop labour, factory farming, foreign ownership, food miles, child labour, packaging waste and palm oil. The app brings together assessments from over 190 sources such as the Behind the Barcode Australian Fashion Report, Conflict Minerals Company Rankings, Animals Australia and the Skin Deep Cosmetics Database, with the idea being that armed with information, consumers are able to make decisions that better reflect their values.

Our clothing choices are another area that can have implications for the people that manufacture them and the environment. As we discovered when we investigated ethical clothing a few years ago, short of third-party accreditation schemes, it's near impossible to find out what the conditions are like for the workers who make your clothes. While there's little transparency over supply chains in the fashion industry, there are (thankfully) a number of tools that can make buying ethical clothes a little easier.

There's also the issue of the environmental impact of clothing manufacture – from the resources needed to the landfill created by 'fast fashion' and discarded garments. The good news is that Australia is finally waking up to its textile waste problem, even though it's still lagging behind many other comparable countries.

Other helpful resources by CHOICE